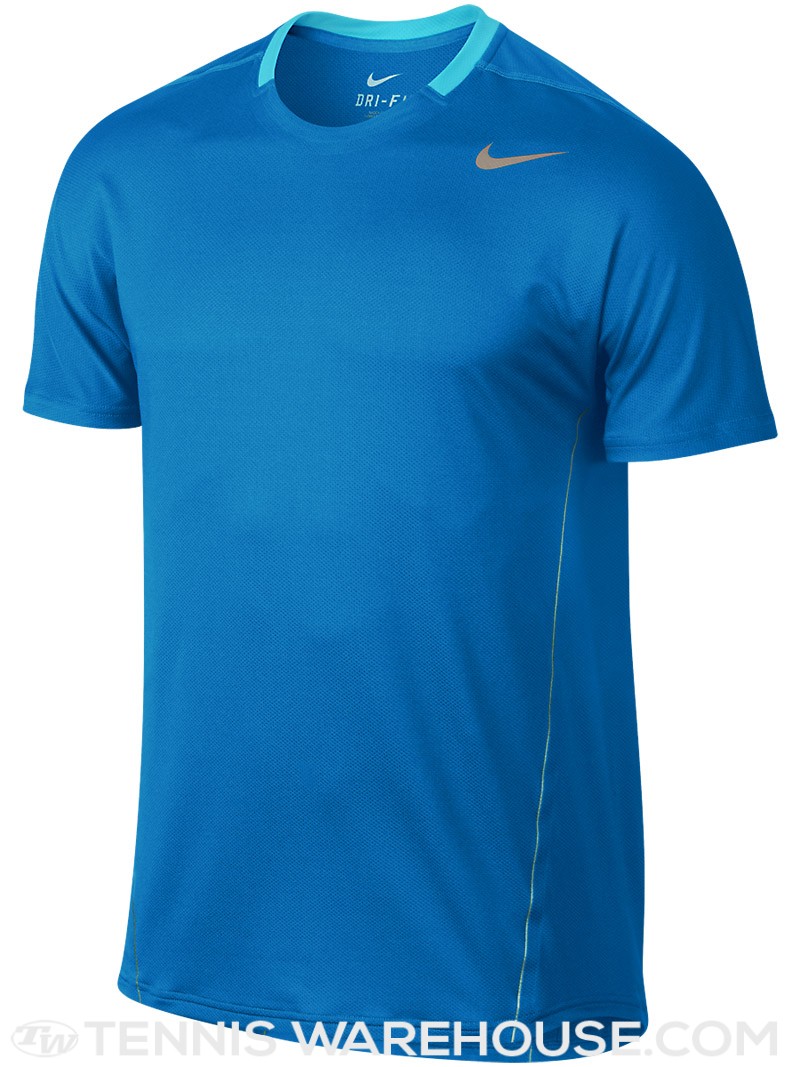 With the hard-courts of North America behind us until the US Open Series, the focus of the tennis world will now shift to the clay of Europe. A change in surface on the ATP World Tour also means an all-new line of great Nike Tennis products for the Summer of 2014.

Outfitting the grandest of grand slam champions for more than four decades, the inline collection from Nike once again delivers with some exciting pieces.

Hoping for continued domination on the red clay for yet another year, top seed Rafa Nadal will be outfitted in the  Summer Premier Rafa Crew (pictured to the right) in military blue with metallic zinc, which will be paired with the Premier Gladiator Short in dark base grey with metallic zinc.

Rounding into form nicely after a disappointing 2013, Roger Federer will look to continue his level on the clay with a change of look from polo to crew neck. Sporting the Summer Premier RF Crew in light nite factor heather with midnight navy & metallic summit white, Federer’s sharp shorts for Summer 2014 will be the Premier Gladiator Short in base grey with metallic zinc. Roger’s latest colorway for the Nike Zoom Vapor 9.5 Tour will be in light base grey, midnight navy, white, polarized blue and his contoured and chic warm up will be called the Summer Premier RF Jacket.

Rising star Grigor Dimitrov will be aiming to reach the top 10 for the first time when he debuts the Summer Ralley Sphere Stripe Crew in black with laser crimson and cool grey, which will be paired with the Summer Gladiator Woven 10″ Short in black with cool grey.

Juan Martin del Potro, Bernard Tomic, Ryan Harrison and the rest of the Nike Sponsored tennis pros will all be outfitted in the latest apparel and footwear for the clay-court season.

Enjoy the clay and look your best on court!