ST PETERSBURG, FL, USA – Coco Gauff will make her Top 10 debut in singles when the WTA rankings are updated on Monday, September 12, becoming the youngest player to reach the elite ranking bracket in 16 years. 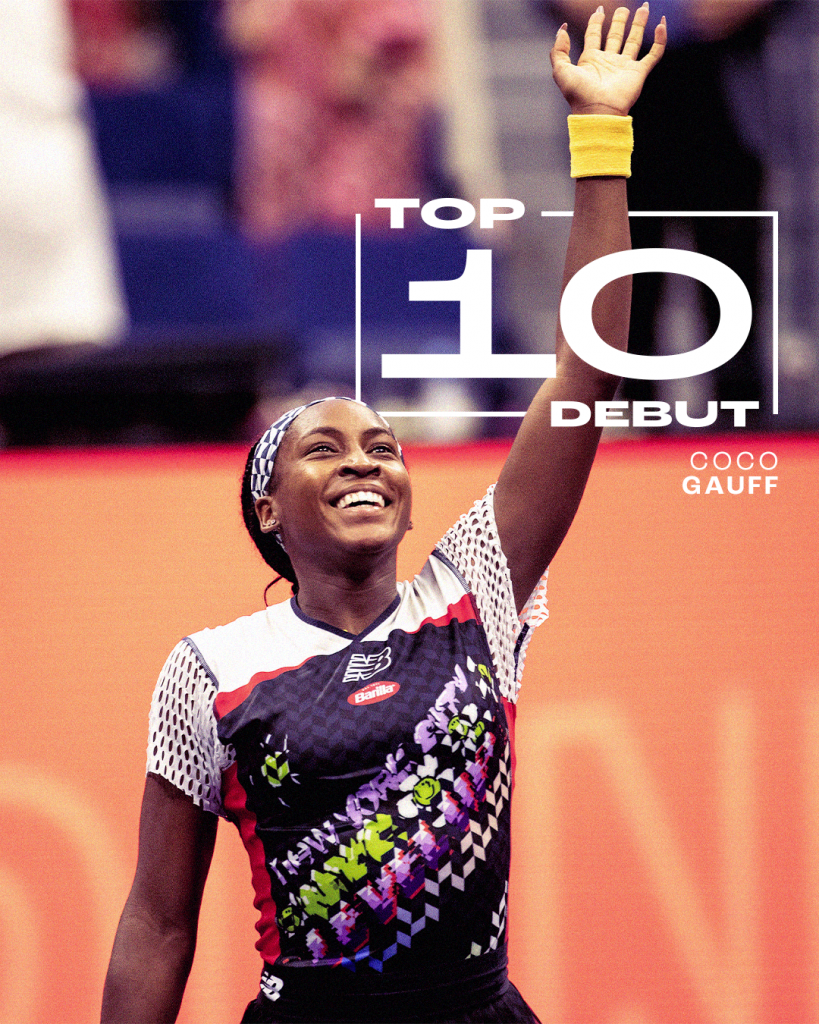 Gauff’s spot within the Top 10 was secured following her run to the US Open quarterfinals over the last fortnight in New York.

At 18 years and 183 days old, Gauff will be the youngest woman to debut in the Top 10 since 17-year-old Nicole Vaidisova in 2006. She is also the youngest American to achieve the feat since Serena Williams did so aged 17 in 1999.

In addition to making the last eight at the US Open, Gauff has enjoyed a stellar season so far in 2022, highlighted by her maiden singles Grand Slam final at Roland-Garros. She also advanced to the semifinals of the WTA 250 Adelaide International and WTA 500 bett1open (Berlin), and reached the quarterfinals at WTA 1000 events at the Qatar TotalEnergies Open (Doha), National Bank Open presented by Rogers (Toronto) and WTA 500 Mubadala Silicon Valley Classic (San Jose).

She will be the third American to make her Top 10 debut this season, following in the footsteps of Danielle Collins in January and Jessica Pegula in June.

This is the second major ranking milestone for Gauff this season, having earned the WTA World No.1 Doubles Ranking in August, becoming the second-youngest player in WTA history to achieve this feat.

Click here to read more on Gauff’s season and journey to the WTA Top 10.