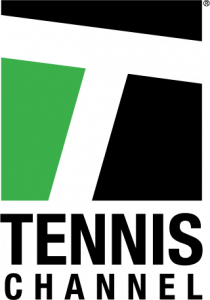 TENNIS CHANNEL LIVE AT THE US OPEN RETURNS AUGUST 29

Daily Lead-In Show Tennis Channel Live at the US Open to Run at 9 a.m. ET

LOS ANGELES, Aug. 23, 2022 – The 2022 edition of Tennis Channel’s daily US Open lead-in show, Tennis Channel Live at the US Open, will debut Monday, Aug. 29, at 9 a.m. ET. The two-hour program will feature news, highlights, storylines, analysis and special reports throughout the two-week, most prestigious tournament in American tennis.

Especially significant this year is the recent news from all-time great Serena Williams that this will be her final year at the competition, an event she has won six times in singles, twice in doubles and once in mixed doubles. Tennis Channel will devote extensive time to her legendary career and matches in New York during the 2022 tournament. Williams’ 23 major singles titles are the most in tennis’ Open Era for any woman or man and she is thought of by many to be the greatest player in history.

Award-winning host Steve Weissman (@Steve_Weissman) will anchor the program, alongside Hall of Famer Lindsay Davenport (@LDavenport76), former player and coach Paul Annacone (@paul_annacone), and Sports Illustrated’s and CBS 60 Minutes’ Jon Wertheim (@jon_wertheim). Davenport, Annacone and Wertheim will offer analysis and commentary, as will current player Genie Bouchard (@geniebouchard). Davenport won the US Open singles title in 1998, and took the doubles event in 1997. In addition to winning the 1985 Australian Open doubles title, Annacone is known for guiding two of the game’s greatest – Pete Sampras and Roger Federer – to major championships in their Hall of Fame careers. Wertheim, who is also an author of several books, will contribute special reports in addition to observation in his unique style. Still competing on the women’s professional tour, Bouchard has been ranked as high as No. 5 in singles and has represented Canada in the Olympics and in the Billie Jean King Cup tournament.

Digital Coverage
All Tennis Channel US Open coverage is available via authenticated streaming on the network’s app throughout the tournament. Digital-subscription service Tennis Channel Plus will offer matches from this season and classic matches from previous years, including competition featuring Williams. The platform will also showcase an “Americans in Action” playlist of other United States competitors.

The network’s Tennis.com website and app will provide up-to-date tournament information, daily orders of play, live blogs, scores, statistics and reports from the Tennis Magazine editorial team. Free fantasy games “Match Point Predictor” and “Racquet Bracket” will also allow fans to remain engaged during the tournament through the site http://tennis.com/play. The channel’s Facebook, Twitter and Instagram accounts will be active during the US Open as well.

Former player and Tennis Channel global reporter Prakash Amritraj (@PrakashAmritraj) will host No Limit New York: A Prakash Worldwide Series, which will include interviews with players and others around New York City. The segments will air daily on Tennis Channel Live at the US Open and on Tennis.com, TennisChannel.com and the network’s social media outlets.