(FILA Luxembourg S.a r.l. – July 20, 2022) – FILA announced today the signing of 18-year-old sensation Bruno Kuzuhara, one of the brightest young stars climbing through the global tennis ranks. Fresh off of winning the 2022 Australian Open Junior singles and doubles titles in January, Kuzuhara is currently the No. 3 ranked junior tennis player in the world as he joins FILA’s roster of high-profile ATP and WTA Tour players. 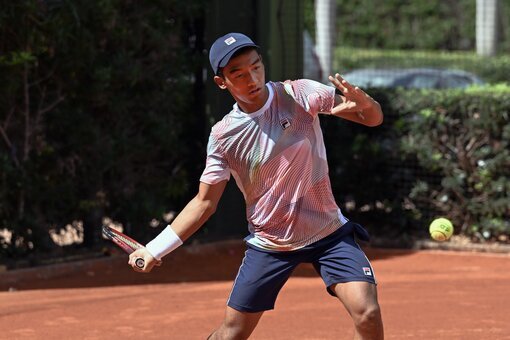 Kuzuhara burst onto the scene earlier this year, with a dream run to the Boys Singles title in Melbourne as the top seed in the draw. Kuzuhara’s win at the Australian Open made him just the fourth American man to win the title in the Open era, joining elite company in Andy Roddick, Sebastian Korda and Donald Young. The American complemented his singles title with a win in the doubles event as well, becoming the first player to sweep both victories since 2011.

“I am honored to join the FILA family of sponsored ATP and WTA Tour athletes,” said Kuzuhara. “This stage of my tennis career is especially exciting, as I work towards going pro. I am grateful for FILA’s support on this journey and I look forward to working with the brand for the rest of this season and beyond.”

While his two Grand Slam junior titles in January marked the highlight of his young career thus far, Kuzuhara is no stranger to success, with six total ITF World Tennis Tour titles already to his name. The phenom scored his first career title on the ITF Junior Circuit when he was just 13 years old. His early success has been defined by his ability to thrive on clay, as three of his first four titles prior to the Australian Open breakthrough came on the surface.

“FILA is thrilled to welcome Bruno to our roster of global tennis athletes,” said Gene Yoon, Global Chairman at FILA. “Bruno is a hard worker with an immense passion for the sport, and he is well poised for continued success. After a stellar start to the season, we are excited to see what the future holds and we are proud to support him every step of the way.”