The pristine lawns of the All England Club return to take over the tennis world for another glorious fortnight. The NikeCourt team is set to make their mark on the grandest of stages with many records on the line.

Highlighted by holographic swooshes and zippers throughout the line, this year’s tournament will once again feature tailored outfits for the best players on the planet. Subtle touches of “garden party” print will also be seen on various pieces in the collection.

Looking to win his third straight Major this season, Rafael Nadal will be featured in the Core Rafa Advantage Crew, which will be highlighted alongside the Rafa 7″ Advantage Short. The Spaniard’s shoe for the Championships will be the Air Zoom Vapor Cage 4 in White/Black. 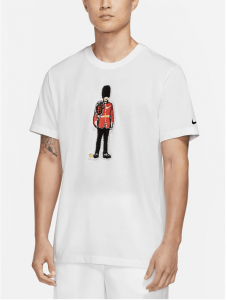 The NikeCourt team, led by Carlos Alcaraz, Denis Shapovalov, Grigor Dimitrov, Taylor Fritz will all be featured in the Summer Ultimate Zip Crew, the Summer Slam Crew and the Core Advantage 7″ Short.

Following the inline trends of 2022, the Nike team’s footwear preferences will be the Air Zoom Vapor Pro, the Nike React Vapor NXT and the all-new Nike Zoom NXT. All in white with black. 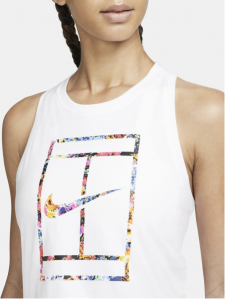 Led by the icon of women’s tennis, Serena Williams returns to action at her favourite event.  Wearing a custom kit to SW19, Serena will be playing her first event since Wimbledon in 2021.

Emma Raducanu—the new darling of her home-country Slam—will also be ready to debut the NikeCourt ladies’ collection this fortnight. Four-time Major winner Naomi Osaka, who has entered the sports world as a fashion icon, will unfortunately miss the event due to an achilles injury. The 24-year-old Japanese star was set to complete her custom ensemble with a fresh pair of Air Zoom GP Turbo‘s.

Like their male counterparts, the ladies of NikeCourt will also wear a variety of different footwear designs led by the Air Zoom Vapor Pro, the Nike React Vapor NXT and the Nike Zoom NXT.

The latest Wimbledon collection for NikeCourt, along the first drop for the Fall 2021 line, can be purchased at the following TennisWarehouse.com link or in Europe at TennisWarehouse-Europe.com.

Enjoy all the action at the All England Club!