Ashleigh Barty’s 11-month hiatus from tennis would be expected to have thrown the women’s number one off her game somewhat. The 25-year old has dealt with a series of injury setbacks that forced her to retire at both the Italian and French Opens in early 2021 and, despite this, she would manage to participate in Wimbledon and go on to break a 41-year old gap since an Australian won the British title, since fellow compatriot Evonne Goolagong back in the early eighties. 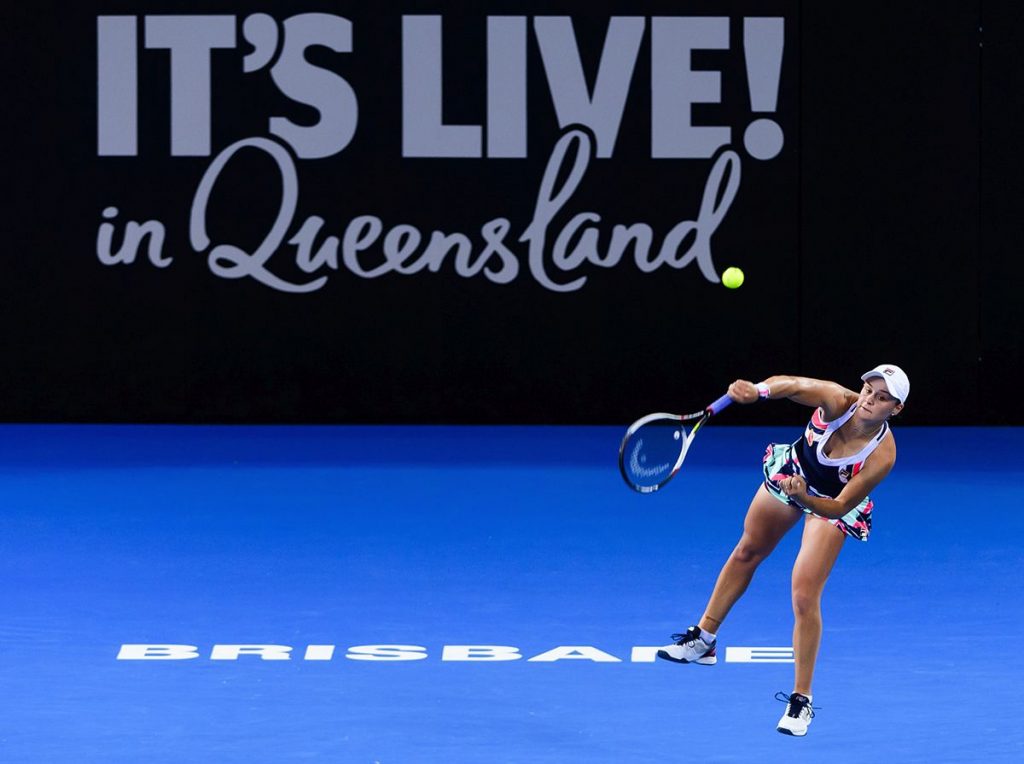 Auspiciously, 2021 was also 50 years since Goolagong’s 1971 Wimbledon title, reflected by Barty’s decision to wear tennis attire inspired by her fellow Australian. Sure, she’s a fair way off the likes of the Williams sisters, who hold 30 major titles between them, but Barty has drawn a line in the sand with her first Wimbledon win, toppling ex-champs left and right to finally overcome Karolína Plíšková in a nerve-racking, pulsating affair that saw Barty take the first 14 points, only to concede the second set and regain her composure.

Barty’s a fighter, that’s for sure. But can she continue her dominant run?

The odds are certainly in her favour. As such, it makes sense that in the latest tennis odds Barty is now second to win the upcoming US Open in September this year, with bookmakers expecting Naomi Osaka to win. Barty is a creature of consistency in major finals, and she remains unbeaten in both major finals she’s reached.

The only other current women’s players who have achieved two consecutive majors final wins were Osaka (now holds a 4-0 record) and Petra Kvitova (started out at 2-0). In addition, no other woman has managed to win three tour-leading titles, while Barty’s Wimbledon victory was her fourth title as a tour leader, and her 35th victory this season, leaving her with a 35-6 record as of 2021. Any argument to say her Wimbledon win was one of fortune is equally quashed by the quality of opponents she faced.

Ashleigh’s wins over current French Open champion Barbora Krej?íková and former world No. 1 and 2018 champion Angelique Kerber marked surprisingly confident displays from the Australian who would face Plíšková. Plíšková was a woman with a bone to pick, having lost to Barty in the Stuttgart Open – another of Barty’s title wins – only months prior.

The reality is that Barty doesn’t win based on lethal serves or pure aggression and an unrelenting drive to win. Her style is adaptable, creative, and perhaps even crafty. In her native Queensland, grass courts were not a familiar sight, and yet Barty has come to favour grass surfaces, although hard surfaces, in general, have suited her, as she’s won both WTA singles title and a Premier 5 level final on them. Over the three major playing surfaces, Barty has won both singles and doubles titles, too.

At 5-foot-5, she’s short by any standards, let alone a professional tennis player. Her game is of powerful fore and backhand groundstrokes, producing troublesome angles for those she faces. It’s a game of variety and style, including an array of slices, kick serves, and close-quarters volleying, which makes her unpredictable and highly elusive to strategies employed to undo her.

Barty’s service game is also unusually strong for a smaller player, but then again, nothing about Barty is ‘usual.’ She’s a mercurial talent with a smart style of play that relies on never letting you rest, or assume. She left the game for almost two years in 2014, to play cricket and take a break from tennis. But her return has proven that she’s made to play tennis. And she’s made to win it, too.