Tennis ranks highly among the world’s most popular traditional sports. With a global following of at least 1 billion fans, tennis is undoubtedly a news making sport. After a year of uncertainty, the world of sport is fast roaring back to life. Fans of tennis can now look forward to some great moments because the postponed 2020 Wimbledon Championship
will be back on your screens sooner than later. You could place your wager on classic sports before or when the Wimbledon kicks off. 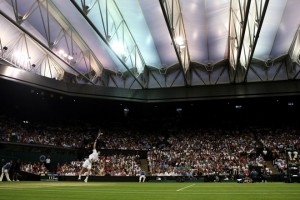 When Will 2021 Wimbledon Kick-Off?

The 2021 Wimbledon is scheduled for 28th June. The event will run till 11th July. The biggest stars of the sport will be back at Wimbledon to claim their place on the tennis leaderboard. If you missed the previous event, here is a podcast reviewing the 2019 Wimbledon Championships. As fans of tennis prepare for the big day, questions about ticketing have been popping up on social media and tennis forums.

Will fans buy new tickets after Wimbledon 2020 was cancelled? Several new sources in the U.K report that the organizers of Wimbledon 2021 have put ticket sales on hold.

Meanwhile, fans that already purchased the tickets in 2020 will be allowed at the event. Even more interesting is the fact that tennis fans may likely get back to the court after the U.K government announced the easing of restrictions in May. With the 2021 Wimbledon Championship slated, it is most likely that fans will have the privilege to cheer on their tennis stars right in the stadium.

Which UK TV Channels Will Broadcast The 2021 Wimbledon Championships?

If you will be watching from outside the country, tune in to Tennis Channel and ESPN in the U.S.A. Tennis fans in Europe will be able to catch the event live on Eurosport. In Australia, the tennis championship will be broadcasted live on Channel Seven. Fans in Asia and some parts of Europe should stay tuned to beIN Sports when the 2021 Wimbledon Championship
kicks off on 28th June in South-West London. For those who will be able to travel to All England Lawn Tennis Club, indications are the government may allow a few thousands of tennis fans in the arena when lockdown eases in May.

Wimbledon tennis Championships attracts the biggest names in the sport. Thus, fans can look forward to watching a memorable tennis event in June/July. Novak Djokovic who won the 2019 Wimbledon singles will be a returning champion in the men’s category. Simona Halep who won the women’s singles will be looking to defend her title at Wimbledon.
Other returning tennis stars are Robert Farah and Juan Sebastian Cabal who will be defending their men’s doubles title. Barbora Strycova and Hsieh Su-Wei will defend their titles in women’s doubles.