Although it’s not a Grand Slam, the outcome of the 2020 Paris Masters does showcase what tennis may look like post the retirements of Novak Djokovic, Rafael Nadal, and Roger Federer. After defeating the Spaniard in the semi-finals to secure his place in the final, Alexander Zverev came up short against Daniil Medvedev when it mattered most, losing by two sets to one. Although neither Djokovic nor Federer competed, the Paris Masters is perhaps the most significant indicator that tennis’ outlook is changing. So, let’s take a look at whether the event will be the catalyst for pending change.

The Sport’s Young Stars Are Breaking Through

Throughout much of the past few years, change has been on the cards within tennis. In recent decades, the sport’s big three have dominated. However, subtle indications at contemporary events have shown that the next generation of players are ready to make their mark and write their names into the history books. In clinching the Paris-based tournament’s title, the 24-year-old Russian secured his third Masters title.

By his own admission, Medvedev believes that this recent triumph could kick-start his pursuit of further honours, particularly at the ATP World Tour Finals. Regarding his pedigree, some significance should be placed on the Russian’s form. Prior to the Paris Masters, he had failed to reach a single final in 2020. His ability to raise his game and deliver in spite of a lack of rhythm is a testament to his talent. Going forward, the 24-year-old will be looking to transition his Masters form into Grand Slams, as he continues his pursuit of his first major.

Is the Changing of the Guard Imminent?

While, of course, it’s problematic to say that the changing of the guard is happening in 2020, there are several indicators that the sport’s outlook is evolving. En route to clinching the Paris Masters, the Russian defeated Diego Schwartzman, which saw his position in the world rankings alter. As per Essentially Sports, Medvedev climbed to fourth spot, overtaking Federer, the 20-time Grand Slam winner. 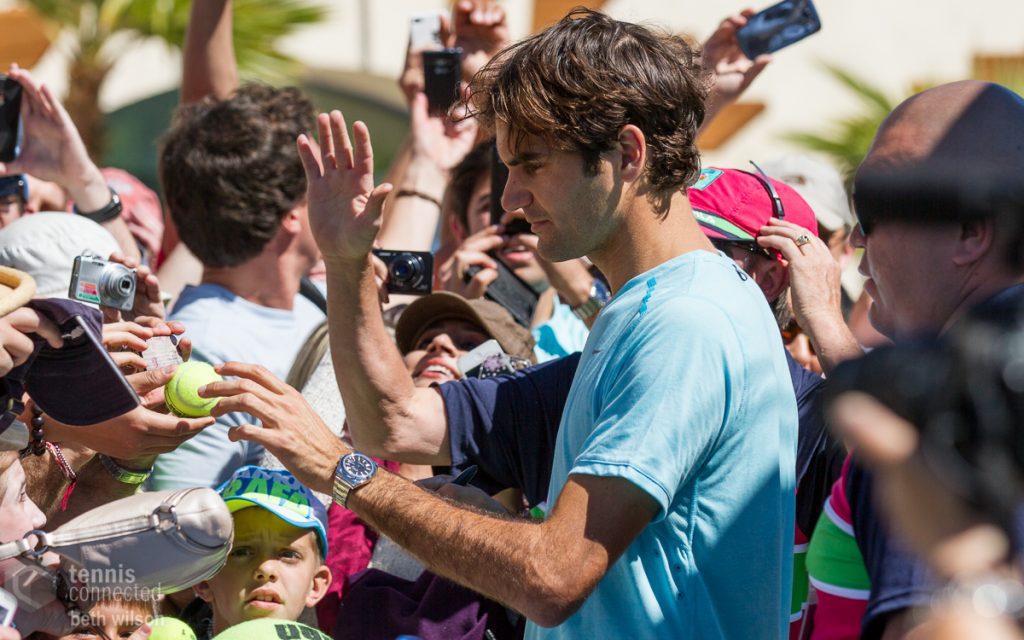 Statistically, change has been pending. That said, it has somewhat gone under the radar. Between 2011 and 2017, tennis’ big four won 93 per cent of the available Masters titles. However, since 2017, that figure has been reduced to 57 per cent, which showcases a gradual decline in dominance.

From a sporting perspective, tennis’ added competitiveness is a positive change. That said, it shouldn’t detract from the significance that the likes of Djokovic, Federer, and Nadal have had on the action-packed game. Aside from taking tennis to new on-court heights, they’ve also driven it to the mainstream through enhancing its pop-culture status. Aside from being the cover star for console video game franchises, such as Top Spin, tennis has recently become a go-to genre at online casinos. At BonusFinder, where you can read this awesome post on how to play on online casinos, several listed operators host tennis-related games. At Twin Casino, for example, prospective players can take advantage of sign-up promotions across numerous titles, including Centre Court, a five-reel slot.

The Paris Masters is a Microcosm of Broader Change

In sport, dominance can only exist for so long. Eventually, tennis’ big three will walk away from the sport, opening the door for the next generation. If recent Masters success tells us anything, it’s that tennis is in safe hands. When the current experienced professionals retire, they’ll be sorely missed, but their legacies will live on forever. However, change is inevitable, and perhaps the Paris Masters indicates that it may happen sooner rather than later.