PONTE VEDRA BEACH, FLORIDA: Novak Djokovic has clinched the year-end No. 1 FedEx ATP Ranking for a record-equalling sixth time, after the Sofia Open draw was published on Friday. At 33 years of age, Djokovic also sets a new record as the oldest year-end No. 1.

Djokovic, who began his fifth stint at World No. 1 on 3 February 2020, has enjoyed another stellar season, capturing four titles — including one Grand Slam championship and two ATP Masters 1000 crowns — from five tour-level finals, as well as helping Serbia win the inaugural ATP Cup in January. 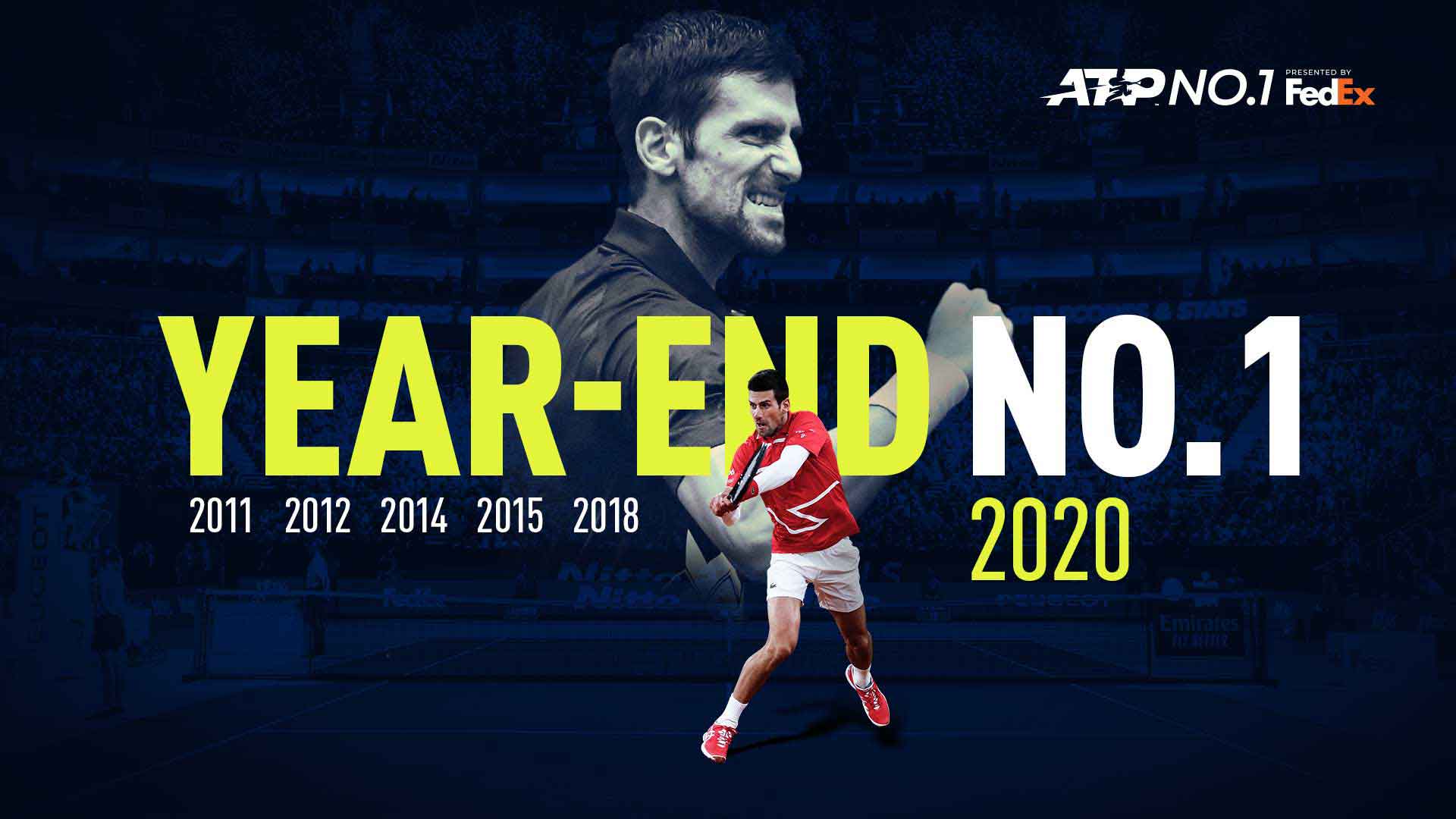 “Pete was somebody I looked up to when I was growing up, so to match his record is a dream come true” said Djokovic. “I will also keep striving to be a better player, hopefully have more success and break more records in a sport I love with all my heart.”

“To finish the year as No.1 is one of the most impressive achievements in our sport, one which requires sustained excellence across the season,” said Andrea Gaudenzi, ATP Chairman. “To see Novak achieve this for the sixth time and match Pete’s record is simply incredible, and he continues to cement his place in the history books.”

Djokovic, who moved past Sampras’ tally of 286 weeks in the top spot on 21 September 2020, will begin his 294th week overall at No. 1 in the FedEx ATP Rankings on Monday. If he does not relinquish his hold on the top spot, Djokovic will move past all-time record-holder Federer’s mark of 310 weeks on 8 March 2021.

In a reduced 2020, due to the global COVID-19 pandemic, Djokovic has currently compiled a 39-3 match record. He won his first 26 matches of the season and picked up four tour-level titles: a record eighth Australian Open (d. Thiem) in February, the Dubai Duty Free Tennis Championships (d. Tsitsipas) in February, the Western & Southern Open (d. Raonic), when the event was held in New York in August, the Internazionali BNL d’Italia in Rome (d. Schwartzman) in September. Last month, he was also runner-up in the Roland Garros final (l. to Nadal).

Later this year, Djokovic will attempt to secure a record-equalling sixth Nitto ATP Finals trophy at The O2 in London from 15-22 November. Djokovic will be making his 13th appearance at the prestigious indoor event, where he will be officially presented the year-end ATP Tour No. 1 Trophy.