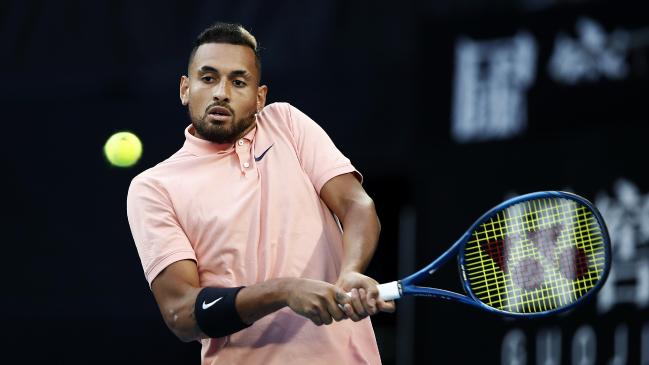 Welcome to Tennis Elbow, the column that looks back on the week that was in the world of tennis. This week, Charles Blouin-Gascon recaps the latest headlines in tennis’s plan to return to normalcy.

At this rate, the 2020 tennis season restart might be stopped before it even gets underway.

Just this past week, the tennis community has had to withstand the bad news that the Citi Open, which on the men’s side would have launched the ATP’s return plan, would be cancelled for the 2020 season. A few days later, it was announced that the China swing, which would have included the Rolex Shanghai Masters, the China Open, the Chengdu Open and Zhuhai Championships, had also been cancelled after the Chinese government issued new guidelines related to sporting events.

It’s a tough blow for millions of tennis fans who had grown hopeful that maybe, just maybe one day things would get back to normal—and that this day would come in August, the announced date for the return of tennis.

It’s a tough blow but, especially, it could be quite the harbinger of things to come. Here we have two countries in two different parts of the world deciding during the same week all on their own that maybe live tennis matches, and the big (international) crowds these typically attract, is maybe the last thing they respectively need.

Everywhere you look, in short, you see sports coming back and wonder why tennis shouldn’t be able to do the same. Of course, this oversees the fatal flaw here that, you know, maybe all these other professional sports leagues as well shouldn’t come back in the first place. They may be wrong but that doesn’t mean that you should want to be wrong with them in the exact same way.

Everywhere you look, you see a need for sports to come back to offer a well-needed distraction from the everyday life and you need folks to understand how much we need it precisely at this time—though that argument overlooks the fact that we never actually, truly need sports. That’s precisely the point of sports: they’re utterly inconsequential in the grand scheme of things and should always be treated as the luxury they are. Should we look to host tennis matches when we could instead look to accomplish everything we can as a society to combat and stop the pandemic that has killed 650,000+ people?

But we digress. Tennis is unique in that it brings together every week numbers of folks from different parts of the world for a short and intense tournament at various places in the world before everyone leaves and just does it all over again at a different place the next week. In normal times, this is fine—but as you might have heard we’re living through a pandemic. This is the farthest thing from a normal time.

Instead, everywhere you look, maybe what you ought to be looking for is for someone to make the tough, but right, decision to just end things, pack everything up and try again next year. Everywhere you look, maybe you should be looking for the day that the tennis tournaments that are all slated to be played next month will have all fallen and been cancelled. (Especially when the tournament directors are such entitled little brats.)

Everywhere you look, maybe you should see that there is no tennis left to play. That is, no tennis except at Roland-Garros. That’s the one tournament that, if its organizers’ previous actions are any indication, will absolutely not get cancelled under any circumstance.

Congratulations to Rafael Nadal, I guess.