In 2002, the German Bundesliga was caught with their metaphorical pants down when the powerful media company Kirch Group, partly owned by BSkyB and Lehman Brothers, who were the deep pocketed broadcast partners of the Bundesliga, the FIFA World Cup, and other sports, went belly up. Kirch Media were pioneers in the Pay-tv sphere and poised to deliver hundreds of millions of dollars to Bundesliga teams and FIFA, to fuel and feed their payrolls and operations. Countless soccer teams engaged in hundreds of millions of dollars of player contracts that now could not be honored, and the effect was seismic, leading to 1,500 free agent soccer players never resigning new contracts in the following years, and in some leagues, average player salaries fell 40 per cent.

Move the last 2 of that year back one space and we arrive in 2020, where the entire professional sports world has been caught with their pants down with COVID-19. In fact, it’s been metaphorically tarred and feathered, and had its toenails pulled out among other things, but let’s leave out the term Chinese water torture, as some leagues around the world stagger back to league restarts in empty stadiums. If the Kirch meteorite was seismic for the sports world, the COVID-19 meteor is what Billy Bob Thornton’s character in the movie Armageddon called a ‘global killer.’ While the COVID-19 meteor did kill sports all over the world, many are and will be resuscitated, but the damage is still unknown. What is known is that every sports league, team, athlete, member of staff, and organizations globally are financially hemorrhaging as a result of this unforeseeable and uninsurable event. However, were they? 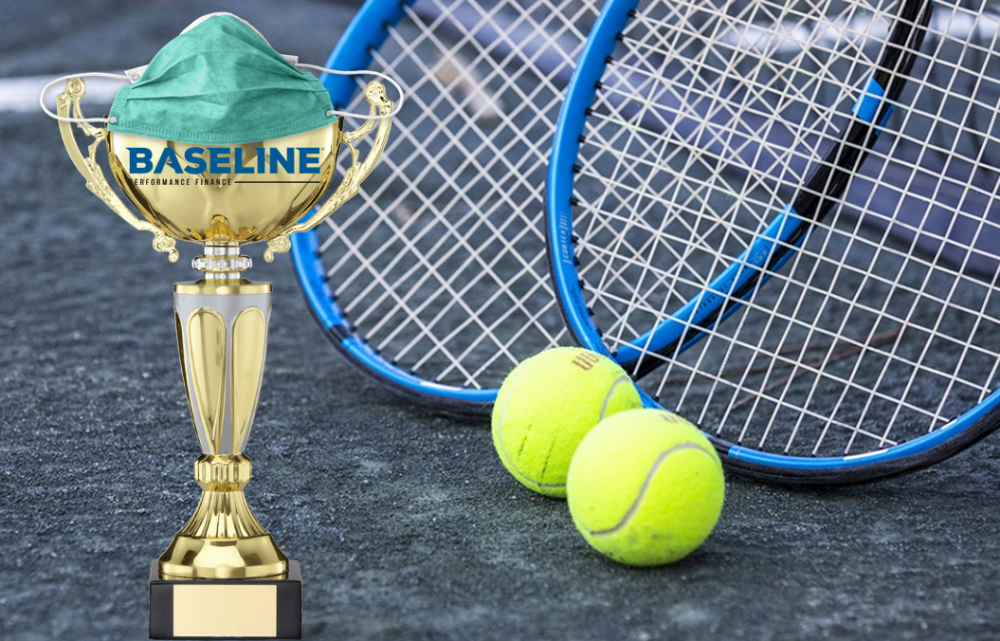 In fact, let’s also question ‘unforeseeable.’ The iconic Wimbledon Championships were set to run from June 29 to July 12, 2020. Like many other leagues and tournaments, it was cancelled due to the pandemic. Forbes reported on April 9, 2020 that Wimbledon had an insurance policy covering a pandemic, and was set to receive a payout of $141 million, which would cover about half of their expected revenue of $310 million for the tourney in 2020. It remains the only major sports league, organization or tournament that had such an insurance policy covering the unforeseen and the ‘uninsurable’. Was it a fluke? Insider knowledge or trading? Nope.

Rewind back to 2003, and a very smart, risk mitigation orientated cookie within the Wimbledon organization, concerned about the SARS outbreak, had Wimbledon organizers take out a $2 million insurance policy that year in case the iconic tournament would need to be cancelled, something that hasn’t happened since WWII. Turns out, they were fine that year and SARS didn’t affect them, however they decided to continue to pay the $2 million a year policy for the next 17 years, until you know what happened, you know when. Imagine the heat that cookie/s received every year at the financial review, where pre-pandemic this year, they had ‘wasted’ $34 million on pandemic insurance, a fear that has not been relevant since 2003 with SARS, and had cost organizers $34 million up until this year.

For people like myself who read this Wimbledon article, it’s naturally amazing and freaky, but it turns out it is neither. Insurance and sports have been going hand in hand for years, decades, in fact for as long as pro-sports and insurance have existed concurrently. Baseline Performance is a London based company who provide bespoke (yes just like tailored fashion) insurance packages to the global sports market, including those relating to the current pandemic era of sports. Baseline Chairman Steve Miller, a lifelong sports executive, former Head of Global Marketing for Nike and current CEO of Agassi Graf Holdings, is unfazed by the shock and awe COVID-19 is causing, as he as a sports executive has been utilizing insurance as a corporate and financial tool for decades.

Miller says, “Insurance has unlimited applications. Most people think one dimensionally in terms of its role, such as acts of God, a hurricane for example, or to protect your home and car, but insurance is about anticipation on whatever level or function you apply it to.” Miller has worn many board and executive hats in his time, including being the former longtime Chairman of US Track and Field. “We would use insurance to do what it is meant to do. Essentially hedge our interests while encouraging athlete, team and performance successes that we would not be financially responsible for. Particularly one-time performances. If I had a great athlete on an endorsement contract, for example a long jumper, I would have a clause in their contract that if they broke the world record at the Olympics, there was a million dollars bonus in it for them. That million dollars was insured by a ten or fifteen grand policy.

That’s just one miniscule example of sports insurance and how I have used it for decades. Performance insurance.”

It is a fascinating world that 99 percent of sports fans never hear about or read about, even when that long jumper breaks a world record. It isn’t exactly sexy reading for a sports fan, who generally doesn’t care to know about the back room financial dynamics of how an athlete scores a million-dollar payday. It is however a great example which is consistent and indicative of the Wimbledon pandemic insurance policy, which in 2020, began as an obscure policy, dormant for 17 years, an anomaly, but post pandemic, could spawn a whole new multi-billion dollar industry relating to the unforeseen.

Up until this year, event cancellation is a term normally reserved for a sports event that is snowed out, or if a rock concert is cancelled due to a band member falling ill, or “falling ill”. Nowadays, it has obvious new meaning with events being, never mind cancelled, but wiped off the radar indefinitely. So, a team or a league or concert promoter cannot merely pick up the phone and call an insurance company and seek out a policy that will kick in riday in case COVID-19 doesn’t go away in a few weeks. It is not that simple, however, this pandemic will change the nature of sports and live events, and not purely restricted to event cancellation.

Paddy O’Clery, Baseline’s CEO, is a veteran in the sports insurance world, and handled a significant rise in insurance policies taken out by professional cricket players in India’s lucrative IPL league recently. This was before the pandemic even arrived. Now the landscape has significantly changed where in many sports and leagues, an ‘all bets are off policy’ is being adopted. O’Clery states, “the obvious expectation in today’s climate with sports teams / leagues / athletes / tournaments etc is event cancellation. But what about contracts that are the other focus points they should be exploring such as, contracts not being honored or voided or renegotiated under extreme pressure due to COVID-19?”

O’Clery predicts a major shift in the future of sports contracts where athletes, or even sports leagues or NCAA universities, will be forced to accept lower guarantees, but will be incentivized by higher than normal bonuses, which like the long jumper, a pro team or a sponsor, will not be responsible for. “We believe performance-related bonuses will play a bigger part in future contracts. We can help preserve the value of contracts and remove uncertainty of costs by underwriting the success criteria. We can motivate and engage the athletes by giving substantial rewards when they succeed” says O’Clery.

Speaking of predictions, Baseline’s Miller foresees a new reliance and demand for bespoke insurance in the sports world, and a dependence on the niche experts in this world. “We are providing a service that is unique. Everybody that works in our team has been in this world as a giver or receiver – we have the unique skill sets to understand contracts, event risks, and what governing bodies are trying to accomplish. It’s like when you go to an Apple store, you know going in that they will have the expertise that you require” says Miller.

In this new era of sports brought on by COVID-19, the underlying theme affecting every sport in the world, is uncertainty. The one thing you can be certain of is sports leagues, teams, sponsors, and individual athletes, scrambling for a different kind of playbook that doesn’t contain any on field or on court strategies. This new playbook is one with creative and unforeseen insurance strategies, clauses and policies that in future months and years will spawn outrageously clever initiatives, protections, and creatively genius sports stories from the front office, inspired by this new playbook, such as the one executed by that smart cookie who works at Wimbledon.