Many of the world’s finest tennis players have earned their stripes by surging to victory on the hallowed grass of Wimbledon. It is widely considered to be the most prestigious tournament of the year and success at SW19 represents the pinnacle of several careers. However, it has also provided a grand stage for some colossal failures over the years. These are five players that have headed to Wimbledon full of hope and excitement, but left empty-handed and heartbroken:

A-Rod was one of the finest players of his generation, but he had the misfortune of rising to prominence at the same time as a certain Roger Federer. He went to three Wimbledon finals before hanging up his racquet, and came up short on each occasion. The first was in 2004, when the big-serving American edged a tense semi-final against Mario Ancic to tee up a final showdown with Federer. Roddick took the first set, but ended up losing 6-4 5-7 6-7 4-6.

It was a case of déjà vu when the two men locked horns once again 12 months later. This time the great Swiss swept Roddick aside in straight sets and wept tears of joy in front of his adoring fans. The American finally earned a shot at revenge in 2009, when he beat local hero Andy Murray in the semis and faced his old nemesis once again. 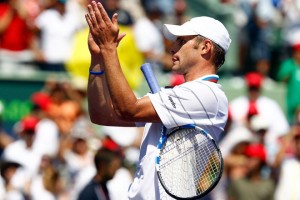 Roddick sprung a surprise by winning the first set 7-6. Federer then edged two tiebreaks to take a 2-1 lead, but Roddick dug deep to clinch the fourth set. The fifth was an epic, but Federer ultimately prevailed 16-14. Roddick ended up winning just one Grand Slam – the 2003 US Open – and finished runner-up four times, with Federer thwarting him on each occasion.

The 18-year-old Jaeger was catapulted to superstardom when she surged through to the Wimbledon final in 1983. She absolutely annihilated Billie Jean King in the semi-finals, and she was expected to give top seed Martina Navratilova a run for her money in the final showdown. However, she won a mere nine points in the first set.

It took Navratilova just 15 minutes to win the set 6-0. Jaeger improved marginally in the second set, but Navratilova ultimately wrapped up a 6-0 6-3 victory in 54 minutes on Centre Court. Jaeger did end up winning 10 singles titles throughout her career, but she lost to Navratilova in both Grand Slam final appearances and never managed to dislodge her rival from the top of the world rankings.

Henman’s career will always be defined by his failure to win Wimbledon. Every year, the Great British public pinned its hopes on the clean-cut, serve-and-volley maestro overcoming his vaunted opponents, but each heroic Henman bid for glory ended in failure, and Henman Hill was plunged into despondency. He reached the semi-finals on no fewer than four occasions, but lost every single time.

In 1998, he lost in four sets to eventual champion Pete Sampras. The following year, the exact same fate befell Henman in the last four. His next semi-final appearance came in 2001, when he suffered an agonising five-set defeat at the hands of eventual winner Goran Ivanisevic. In 2002, he met top seed Leyton Hewitt in the semis and lost in straight sets. Hewitt went on to win the final, continuing a trend that saw Henman lose to the eventual champion in all four semi-final appearances. 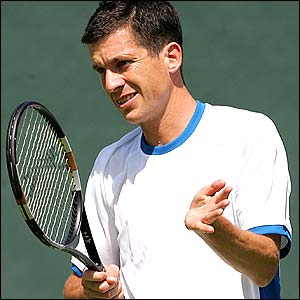 He ended his career with a 75.44% win record at Wimbledon, easily his best at any Grand Slam, but it was not quite enough to see him clinch the famous trophy. Murray then took up the mantle winning it twice, while Johanna Konta is now flying the flag for Britain. If you think she can pull it off this year, why not take a look at the latest odds.

Wimbledon was the only Grand Slam that Henin failed to win during her stellar career. She claimed four French Open titles, she won the US Open in 2003 and 2007 and she emerged triumphant at the Australian Open in 2004. However, Wimbledon always proved to be her stumbling block. It is the only Grand Slam in which she won fewer than 80% of her matches.

In theory, her game should have been perfect for grass. She was a phenomenal athlete, she loved to attack the net and her backhand slice was the arguably the best in the business. Yet it never quite worked out for her at Wimbledon. She went all the way to the final in 2001, and quickly lost the first set 6-1 to Venus Williams. Henin battled back to win the second set, but Williams breezed to a 6-0 victory in the third. 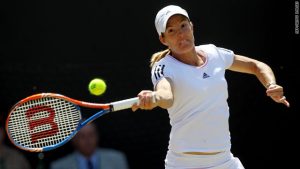 She lost two semi-finals before reaching the final again in 2006, but she ended up losing to top seed Amelie Mauresmo. Henin went to the semi-finals for a fifth time the following year, but suffered a shock defeat to Marion Bartoli, and then she never came close to reaching the latter stages of the tournament again.

Brown was on a roll at Wimbledon in 1947. He destroyed Yvon Petra in the quarters and then sauntered past the dangerous Budge Patty in the semis, teeing up a final clash with top seed Jack Kramer. He was on the brink of glory, but he ended up losing the final in just 45 minutes. Kramer was absolutely rampant on the day, beating Brown 6-1 6-3 6-2 without barely breaking a sweat.

Brown never won a major tournament in his promising career. He reached the 1946 US Championships final, but lost that one too, and he never went past the semis in Australia or France. However, he did win both the doubles and the mixed doubles at Wimbledon in 1946, and the US Open mixed doubles in 1948.