A new decade is upon us and if the last 10 years were any indication as to how the next 10 will go, the Big Three in men’s tennis should still be hovering around the upper echelons of the sport for some years to come. Sound good? Probably not.

Spaniard Rafa Nadal having once again proven the naysayers wrong played at peak form from the Roma Masters on-wards to finish No. 1 and win two Major titles. Many had predicted (including myself) that by now Nadal would be in Mallorca, relaxed on his yacht reminiscing about his glory days on the famed crush brick. Nadal however had other intentions that propelled him forward to becoming one of the greatest players in the sport’s history. And just in case he needed to remind you, Nadal made the finals in Australia, the semifinals at Wimbledon and most recently won another Davis Cup title in his native Spain. All of which was culminated by marrying his long-time girlfriend Maria Francisca Perello. A pretty darn good year for the “King of Clay”.

“Ifs” always come up as a narrative in any sport and you have to think that “if” Novak Djokovic was healthy and “if” he didn’t have a shoulder injury in NYC that he could have finished No. 1 again. “Ifs” and “buts” don’t translate to winning titles and being in the top spot however, Djokovic did bank two Grand Slams while improving his total mark to 16 overall. At only 32, this “tour de force” Serb will continue playing and achieving great things for many years to come.

Speaking of constants on Tour, how about Roger Federer? The box-office Swiss finished in the top three for the 15th time and he did so on the back of an epic Wimbledon final and a Roland Garros semifinal. There’s no question that Federer, 38, is not the player that he once was, but let’s try and grasp that he finished No. 3 in the world at 38. Will Nadal and Djokovic still be playing at 38? And if so, will they be at the level that Federer is today? It won’t be easy, that’s for sure.

That said, 2019 did bring forth a few new stars that were nowhere near the top 10 last year. Russian Danill Medvedev (a player that I said to watch out for at the end of last year), showcased his talent over and over again in 2019 by reaching six straight finals and recording a 59-21 record. Medvedev’s under-rated charisma and rock-solid backhand should serve him well as the 2020 season unfolds.

How many of you had Matteo Berrettini finishing at No. 8 this year? The linebacker looking Italian ended the season with two titles and made the semifinals of the US Open. Although making it to the top 10 was a great achievement for Berrettini, it should be noted that the 8-10 range in men’s tennis remains ever-changing and a few good results (that often aren’t backed up the year after) usually do take place. See Jack Sock, who finished 2017 at No. 8 and is now unranked and Karen Khachanov, who also finished No. 8 in 2018 and is now No. 17. Karen did pick up his level somewhat to end the year but he only won 30 matches over the past 11 months.

With the table set and a slew of proposed NextGen players ready to overtake the current stable of ATP Tour veterans (legends), 2020 could be the year that some fresh faces finally win Slams and finish in the top four. (I certainly wouldn’t bet on it.)

Let’s now take a look at how the 2020 ATP Tour year-end rankings could unfold.

1) Danill Medvedev: Coming in as a rather difficult pick at No. 1, Medvedev proved that his game could beat the best when it mattered most and 2020 should be much of the same. Having barely any points to defend through the first three Grand Slams and Indian Wells/Miami, Medvedev should play his loose brand of tennis to perfection. Russian resistance coming right up.

2) Novak Djokovic: Djokovic is too good and still too fresh not to give it a go at the top few positions in the rankings. Melbourne has always been his favorite hunting ground and it will be pivotal for him to pick up a lot of points in Palm Springs and Miami. If he can ace the first three big events of the new decade, then watch out for Novak.

3) Rafael Nadal: Thoughts on Nadal are as follows: He’s going to have an overall better clay-court season in 2020 than he did this year but will likely lose earlier in Australia, Wimbledon and the US Open. Rafa will still do Rafa things in ’20 but they won’t be as potent as this year. Still, he more than likely ties Federer’s mark at 20 Majors in Paris.

4) Stefanos Tsitsipas: You gotta like what you saw from Stef in 2019. He did play 27 events this year—something he will definitely have to address in 2020—but what you have to continue to admire about the 21-year-old is his analytical mindset toward the process of improving and becoming a champion. He wants to succeed and 2020 should bring him closer to his dreams.

5) Dominic Thiem: One of the fittest players on Tour just keeps on plugging away. Showcasing improved ability on hard-courts in ’19, Thiem like Tsitsipas believes and wants to win Majors but his inability to flourish on grass and his patchy results throughout the year (see six first round losses), will likely keep him out of the top three or four next year.

6) Alexander Zverev: Could the crossroads be close for the towering German? Zverev has proven that he can defeat anyone in the world on a given day but his focus and results this year weren’t much to write home about. Tennis players are constantly searching for that aura that exudes far past the court and wins them free points before they even step between the lines. Zverev is talented and his game will always be top 10 worthy. But winning Majors and being No. 1 require a whole different type of mentality. 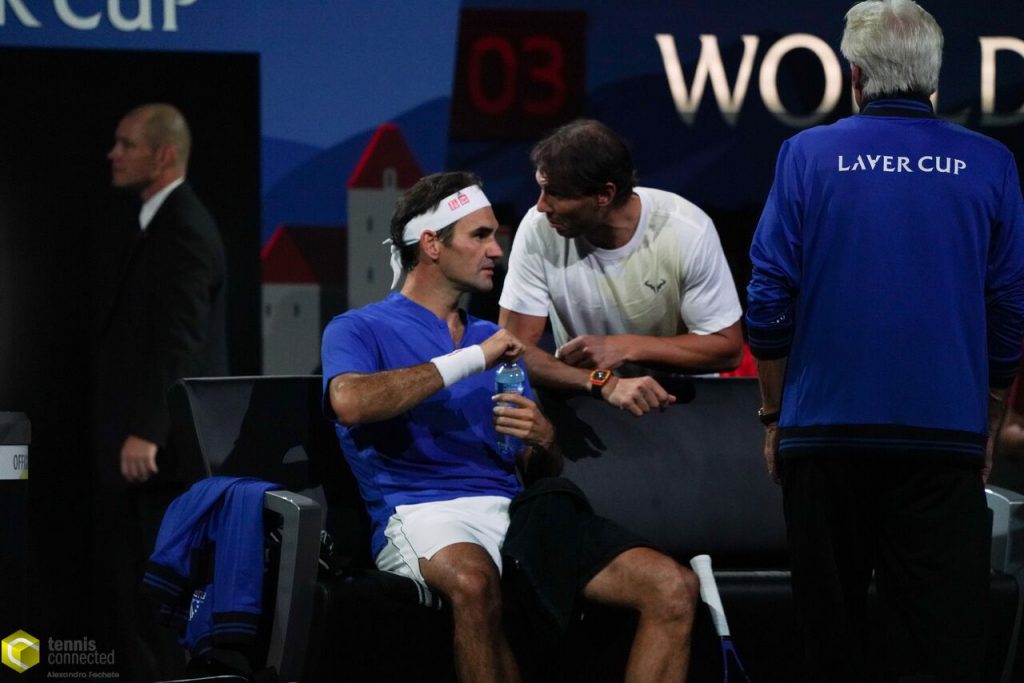 7) Roger Federer: Continuing to sellout stadiums all around the world, Federer lands into his fourth decade as a professional with aspirations of adding to this Grand Slam tally. Yes, we know he loves the sport and we are constantly reminded of his professionalism and how good he is for the game. All of this is true of course but as his game currently stands, he is very susceptible to being blown off court by bigger forehands and younger legs. See Andrey Rublev (Cincinnati) and Tsitsipas (ATP Finals). Good news for Fed fans remains that 2020 will not be his last year as a pro.

8) Denis Shapovalov: A show-piece player on Tour, the Canadian continues to prove that his game is good enough to lock horns with anyone on any court. Shapovalov demonstrated incredible heart in leading his team to the Davis Cup final, while winning his first title in Stockholm and reaching the finals in Paris. The 20-year-old holds a microwave type game-style but when he’s on, he’s simply unplayable. 2020 will prove as another year that the Canadian upstart inches closer to the top of the rankings.

9) Andrey Rublev: When healthy, Rublev is another player that doesn’t take no for an answer. Built on a devastating forehand and wiry frame, Rublev needs a season of good health in front of him to really show what he can do. Let’s hope that a clean bill of health is on the cards for the Moscow native.

10) Alex de Minaur: Not the biggest in stature, de Minaur arguably has some of the greatest fighting instincts on Tour. Never mailing in a result, the diminutive Aussie will continue to be the players’ player. The pinnacle of hard work and perseverance. It’s time for the hard-work to pay off.

Jannik Sinner: Buy his stock while you can as Sinner was ranked No. 553 to start 2019 and now sits at No. 78. The flat-hitting Italian reminds us of Tomas Berdych with a better forehand. He’s already shown the moment is never too big and his confidence is right where it should be.

Alexei Popyrin: Another Aussie to throw in the mix, Popyrin comes in at six foot five and packs a big serve and a good head on his shoulders. Still only 20, Popyrin has recorded wins over Thiem and Pablo Carreno Busta.

Rudolf Molleker: Standing at No. 165 in the world, Molleker is perhaps the best player you’ve never heard of. Boasting a competent ground game and desire for success, it’s not a matter of when the German will be in the top 100, but how high he will finish in 2020.

Sound off in the comments below and let us know your year-end ATP Tour top 10 rankings for 2020.