[PARIS]—TennisONE is proud to announce the launch of the official tournament app of the 2019 Rolex Paris Masters. Exciting new app features, including live scoring, interactive draws and social games, will elevate the experience for tennis fans around the world. 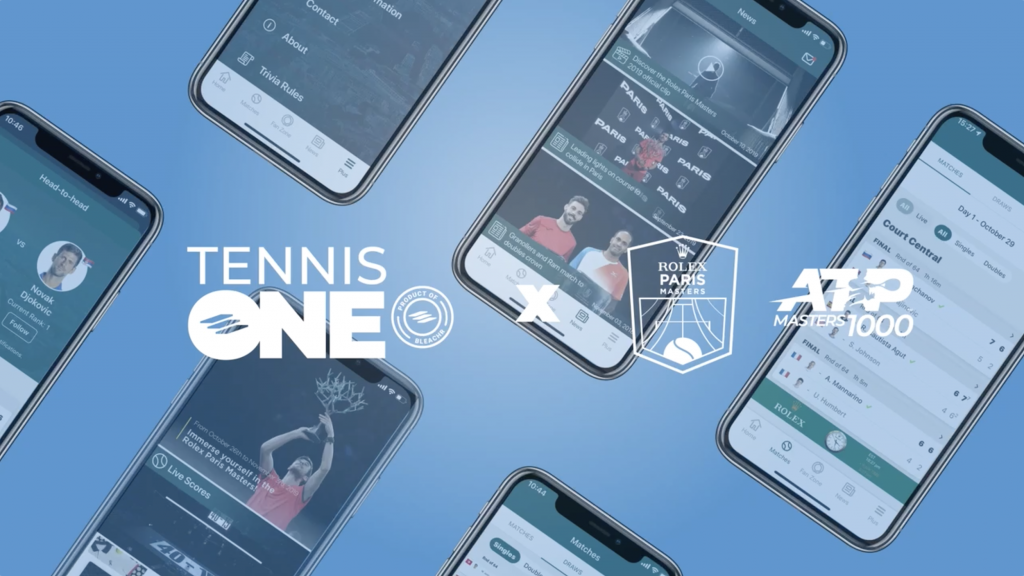 This is the second consecutive year that TennisONE has developed the mobile app for the
annual ATP Masters 1000 event, which is slated for Oct. 26 to Nov. 3 in Paris. The tournament’s player field features 38 of the world’s top 40 players, including Novak Djokovic, Rafael Nadal and Daniil Medvedev. Fans can follow their favorite players through the app and track their progress.

“We are honored to be working with the French Tennis Federation as the official mobile app
partner of the Rolex Paris Masters,” said Kristin Geer, Bleachr’s Chief Executive Officer. “Together, we have created a state-of-the art mobile app that is thoughtfully designed to give mobile tennis fans everything they need.”

Fans can match wits through trivia in the Fan Zone, earning points on the leaderboard.
Additionally, the app offers an exciting social game called “The Spoiler,” where fans can vie for exclusive awards by guessing the outcome and ball location on match points.

TennisONE is a product of Bleachr, the leading mobile sport app provider, whose patented
geofence technology has powered more than 10 million fan interactions across hundreds of
global sporting events. For more information on Bleachr, go to bleachr.co.

The official tournament app of the Rolex Paris Masters is available on both iOS and Android, and can be downloaded today in the App Store and on Google Play. For more information on how to download the app, click here.