A successful year for the swoosh is ready to conclude with the latest Holiday 2019 collection for the world’s best players.

While Rafa Nadal, Simona Halep and Bianca Andreescu won Grand Slam titles for the Nike this year, the final quarter of 2019 still has a lot on the line for the entire NikeCourt lineup.

Featured his shades of China Rose, Game Royal, Neptune Green, Bordeaux and Pink Rise, the upstart and veteran roster for NikeCourt will be looking their best to close out the season.

Let’s now take a look at what your favorite stars will sport on court this season. 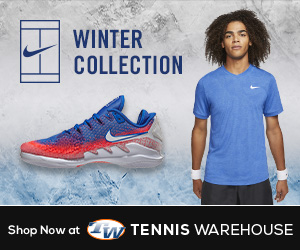 Aiming to finish No. 1 in the world, Nadal flies into the indoor season with his signature Winter Aero React Crew in China Rose. The Spaniard will pair his top with the Winter Court Rafa Short in Game Royal and China Rose. Nadal’s footwear in Fall will be the Zoom Cage 3 in White, China Rose and Game Royal.

The NikeCourt team, led by Karen Khachnov, Felix Auger-Aliassime, Grigor Dimitrov, Denis Shapovalov, Nick Kyrgios, Taylor Fritz and Frances Tiafoe will all sport various colors of the Winter Challenger Top in Game Royal with White and Neptune Green with White, which will be paired with the Winter Flex Ace 9″ Short in Game Royal or White with Black. 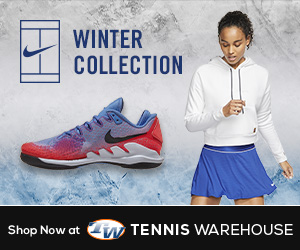 The women of NikeCourt will look equally as impressive this Fall in their on and off court ensembles.

Always a crowd favorite, Maria Sharapova returns to competition wearing the Winter Maria Tank in Black, which will be seen with the Maria Winter Skirt in Black. This lightweight, breathable offering will keep any player moving their best this Fall.

Like their male counterparts, the ladies of NikeCourt will also be featured in the following footwear: Vapor X Knit, Vapor X, Air Zoom Zero and Zoom Cage 3.