LONDON — The ATP has concluded its investigation concerning Nick Kyrgios that was initiated following his second-round match at the ATP Masters 1000 event Cincinnati in which he was fined US$ 113,000.

The investigation, conducted by Gayle David Bradshaw, Executive Vice President, Rules & Competition, has concluded that Kyrgios has been found to have committed Aggravated Behavior under the Player Major Offense provision in the ATP Code. 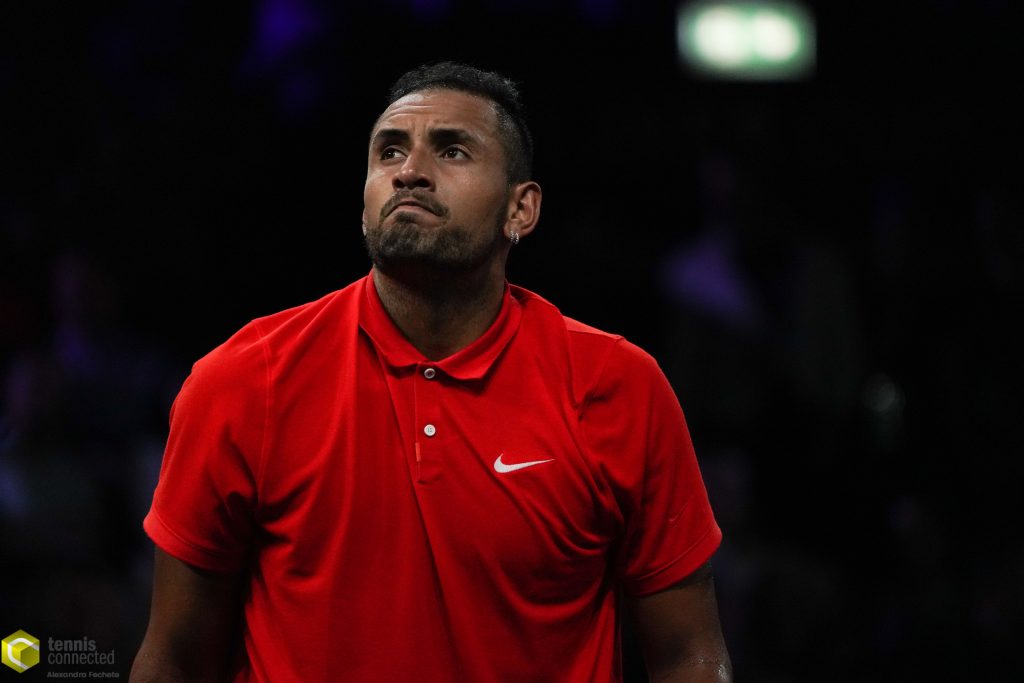 The investigation found a pattern of behavior related to Kyrgios’s Verbal Abuse of officials and/or spectators in the past 12 months that constitutes a violation as defined by section 8.05 A. 1) a) (iii) of the 2019 ATP Official Rulebook*.

The offense means that Kyrgios receives the following additional penalties:

•    A fine of US$ 25,000
•    A suspension of 16 ATP weeks
•    A probationary period of six months beginning the Monday following acceptance of the terms of today’s determination.

However, both the fine and the suspension are deferred pending Kyrgios’s compliance with the following conditions, which shall apply at ATP Tour / ATP Challenger Tour events throughout the six-month probationary period:

•    No further Code Violations during the probationary period that result in a fine for:
–    Verbal or Physical Abuse of officials, spectators or any other persons while on-court or on-site, or
–    Unsportsmanlike Conduct based upon an act, such as spitting, directed towards an official, spectator or other person during or upon conclusion of the match, or
–    Visible Obscenity directed towards an official.
•    Continued support from a mental coach while competing at ATP Tour events.
•    Additional support to be sought during the off-season (Nov-Dec) from a professional specializing in behavioral management.

The US$ 25,000 fine and 16-week suspension will be lifted at the end of the six-month probationary period provided that the above conditions are met. Any appeal by Kyrgios must be lodged within five working days of today’s determination.

Separately, a second investigation took place related to comments made by Kyrgios towards ATP during the US Open. Following a clarification issued by the player the following day, it was determined that the incident did not constitute a Player Major Offense, and no additional penalties were applied.

8.05 Player Major Offenses/Procedures
A. Offenses
Aggravated Behavior
a) No player, their coaches, Physiotherapist, therapist, physician, management representative, agent, family member, tournament guest, business associate or other affiliate or associate of any player (“Related Persons”), or any other person who receives accreditation at an Event at the request of the player or any other Related Person, at any ATP Tour or ATP Challenger Tour tournament shall engage in aggravated behavior which is defined as follows:
(i) One or more incidents of behavior designated in this Code as constituting aggravated behavior.
(ii) One incident of behavior that is flagrant and particularly injurious to the success of a tournament, or is singularly egregious, including the sale of credentials.
(iii) A series of two (2) or more violations of this Code within a twelve (12) month period which singularly do not constitute aggravated behavior, but when viewed together establish a pattern of conduct that is collectively egregious and is detrimental or injurious to ATP Tour or ATP Challenger Tour tournaments.