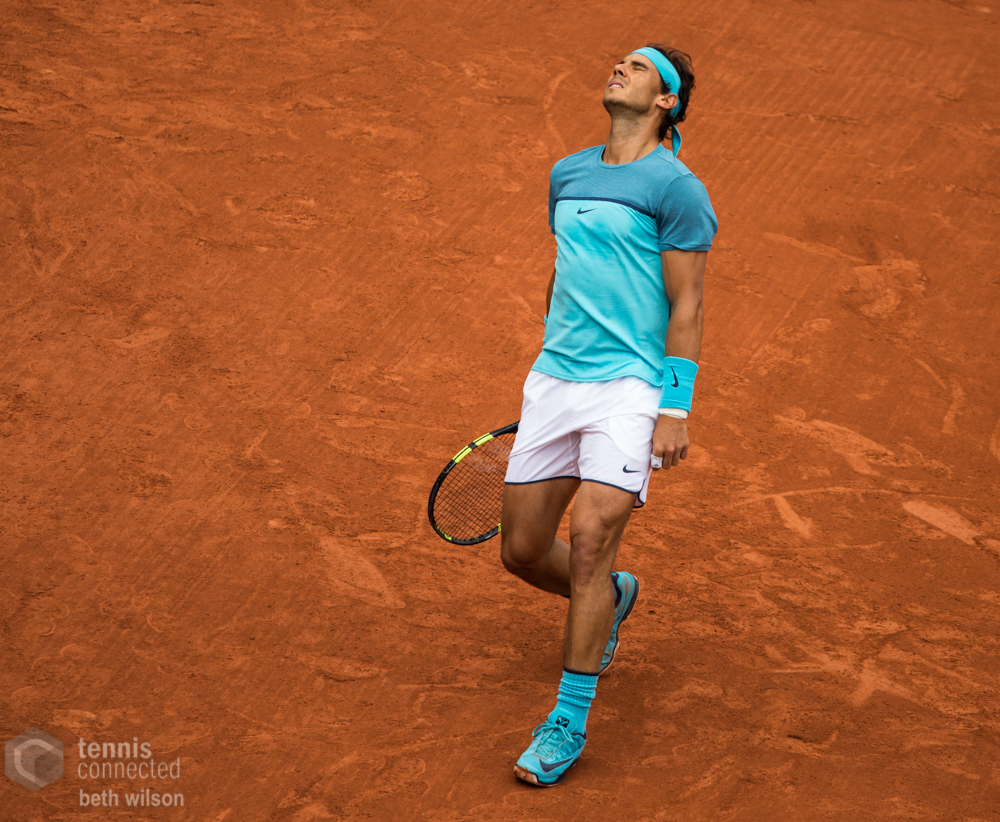 Currently world number 2, Rafael Nadal is back enjoying tennis on his favoured surface as he gears up for the pinnacle of the clay season: the French Open. There’s little doubt that the Spaniard is one of the best tennis players of his generation, but spare a thought for the further successes he could have achieved but for the health problems and injuries along the way.

In the last six months alone, Nadal has suffered abdominal, ankle, thigh, hand and knee problems; and just this year, he had to pull-out of both the Brisbane International and the BNP Paribas Open. Last year, he had to pull out of two of the four Grand Slam tournaments: the Australian and US Opens due to knee problems. But that didn’t stop him from winning the French Open or reaching the semi-finals of Wimbledon, which he lost to eventual winner and world number 1, Novak Djokovic.

Having just competed in the Madrid Open, in which he reached the semi-finals, Nadal could well arrive at Roland-Garros without a title to his name this season. His clay campaign thus far has seen him lose to Fabio Fognini in the Monte-Carlo Masters, which he described as: “one of my [sic] worst matches on clay in 14 years”; meanwhile, his rival Dominic Thiem (dubbed the heir to the King of Clay title) won their Barcelona Open semi-final.

His press conference in Madrid prior to his round of 16 match could not have been more cryptic, in which he said: “I would have liked to come here with four titles on clay in my bag but no more pressure on my shoulders,

“I know everything that has happened to me during these last 18 months, which I’m not going to explain now. Some things you know, others you don’t,

“We will see if I play well here, or in Rome or in Paris”.

He lost to the eighth seed, Stefanos Tsitsipas at the Caja Mágica 6-4, 2-6, 6-3. The Greek lost out to Djokovic in the final.

Looking at the French Open 2019 odds, Rafa is up there as one of the favourites, priced at 7/4. But who is likely to topple him? Let’s take a look at some of the other candidates:

Djokovic and Nadal have faced each other 53 times across all court surfaces, and while the Serbian has the upper-hand there, Rafa is on top when it comes to playing on clay, with a win-loss ratio of 16-7.

Just earlier this year, Austrian Thiem beat the King of Clay on his favoured surface, 6-4, 6-4 in the semi-finals of the Barcelona Open, before going on to win the tournament.

On clay, the two have only met 11 times, with Rafa holding an 7-4 win over his opponent.

Federer has recently made his return to clay after three years out and will no doubt be feeling fresh in the build-up to the French Open. Nadal and Federer have played each other 38 times and Nadal leads all statistics. His overall record is 23-15, in Grand Slam tournaments is 9-3 and his record on clay is exceptional (13-2).

Looking again specifically at the French Open, Nadal has never lost to Federer, winning a semi-final in 2005 and three successive finals between 2006 and 2008, as well as the 2011 final. Federer has only won one French Open title, in 2009.

The young German lost to Nadal in last year’s Italian Open final, but there’s little doubt that his best years are ahead of him. Zverev is currently world number 5 and is currently the second-youngest player in the ATP top 10.

Zverev made the French Open quarter-finals last year, his best recorded finish to date (across all four Grand Slam titles), but lost out to runner-up Thiem.

Nadal and Zverev have met five times, with Rafa winning all five matches – three of which were played on clay. The 22-year-old could well be a dark horse this year.