The world’s most prestigious tennis tournament, Wimbledon, commences on Monday at the All England Club in London. With the main draw for the men’s and women’s singles events now released, I’ve set out below my predictions for each event. Read on to see who I’m backing to lift the trophies and which players I think can cause some surprises during the tournament.

Last year Roger Federer took the controversial step of skipping the entire clay-court season, in order to rest his body after an incredibly successful start to the 2017 season and to prepare for the grass-court season. The approach worked perfectly, with the Swiss superstar lifting his eighth Wimbledon crown after a straightforward win in the final over Marin Cilic. This year Federer again elected to miss the red dirt swing and it will be fascinating to see if his approach pays dividends once more.

Federer has looked good, although not great, in his grass-court warm-up events in the preceding couple of weeks, winning in Stuttgart and losing to Borna Coric in the Halle final after looking quite scratchy all week long. Federer won’t be too concerned that he isn’t in peak form just yet – he’s had the crucial benefit of plenty of grass-court match practice over the last fortnight and will be looking to slowly build momentum over the course of fortnight at the All England Club. 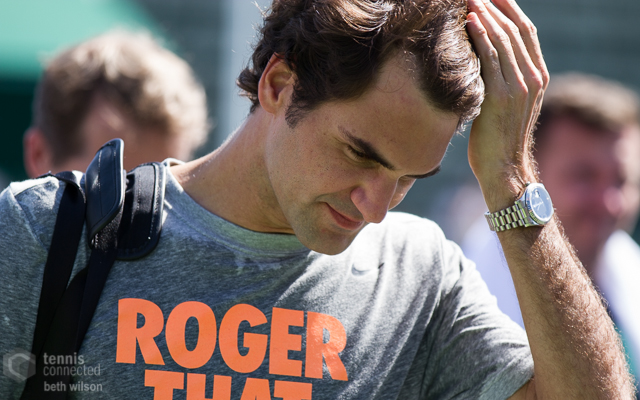 Federer has some tricky players in his quarter of draw, with a rematch against Coric scheduled for the round of 16, and a potential quarter-final against Kevin Anderson or Sam Querrey, each of whom wields a big serve and can be a very difficult opponent on grass. Still, I favour Federer to get through to the semi-finals with relative ease, where he is likely to face Marin Cilic. The Croatian, a finalist in Melbourne earlier this year and last year’s Wimbledon runner-up, is scheduled to face Grigor Dimitrov in the quarter-finals, which should be a highly entertaining encounter if it eventuates.

In the bottom half of the draw, I can’t see Zverev or Thiem doing much in the tournament. They are both tremendous players, but they don’t have the grass-court nous or experience to seriously contend for the title. Novak Djokovic has been working his way back towards top form and I think he is a real chance to go very deep in this tournament, given his grass-court prowess relative to the vast majority of the other players in the main draw.

Nick Kyrgios is a dark horse in the bottom half of the draw, with the Aussie’s big serve and assuredness on grass making him an outside contender. Juan Martin Del Potro is another whose chances may be generally underestimated, with the Argentine having produced some terrific results in the past at the All England Club.

In years gone past, Rafael Nadal and Andy Murray have been regulars at the business end of the tournament. This year, however, I can’t see either man going deep. Murray is lacking both match practice and general fitness, whilst it has been a good five years or so since Nadal seriously contended in London, with the transition to grass from clay proving increasingly burdensome on the Spaniard’s knees.

Overall, I think the title is there for Federer’s taking and it will take some poor form on his part, or some terrific play by an opponent of his, for the top seed not to be hoisting his ninth Wimbledon trophy on the final Sunday of the tournament.

It was fantastic to see world number one Simona Halep finally break through and capture her maiden Grand Slam title in Paris. The popular Romanian dug deep to see off Sloane Stephens and now has the dreaded “no-Slam” monkey off her back. However, I can’t see Halep doing particularly well at Wimbledon. Halep is in a quarter of the draw packed with talent, with the likes of Maria Sharapova, Petra Kvitova and local hope Johanna Konta all lurking.

I fancy Kvitova’s chances of winning the whole tournament, with the Czech leftie being a two-time former Wimbledon champion who has been in good form during 2018. I predict Kvitova will face defending champion Garbine Muguruza in the semi-finals, assuming the Spaniard can get through her quarter of the draw, which includes Garcia, Kerber and Barty.

I wouldn’t be surprised if the final ends up being an all-Czech affair, with Kvitova’s compatriot Karolina Pliskova always a major threat on grass due to her big serve and aggressive style of game. I’m backing Pliskova to get through a quarter of the draw which includes US Open champion Stephens, former world number one Victoria Azarenka and five-time Wimbledon champion Venus Williams.

In the bottom quarter of the draw, Serena Williams is the biggest name, with the American seeded 25 by the tournament committee despite her current ranking being a lowly 183 in the world. Williams has the ability and confidence to go deep in the tournament, but it won’t be easy surviving a quarter headed by second seed Caroline Wozniacki and which also contains players such as Keys, Radwanska, Vandeweghe and grass-court specialist Magdalena Rybarikova.

My suspicion is that Serena will put in a very good performance and make it through to the second week of the tournament, where her lack of match practice will ultimately count against her against a player of the calibre of Pliskova or even her sister Venus. That said, Serena has proved the doubters wrong time and time again, so another championship victory is certainly not outside the realms of possibility. My money, however, is on Kvitova capturing a third Wimbledon title of her career.

That’s it in terms of my predictions for this year’s Wimbledon championships. Enjoy the fortnight of tennis from the All England Club and keep up to date with my additional thoughts as the action unfolds on Twitter: @satelliteserve.