CHICAGO, June 18, 2018 – Wilson Advisory Staff Member and tennis icon Roger Federer and Wilson Sporting Goods Co., revealed today the new Pro Staff RF 97 Autograph racket. The new racket, with the addition of vibrant, yet elegant, classic white accents at the three and nine o’clock positions, introduces the design concept of performance-enhancing graphics to the brand’s performance rackets. Wilson LABS, the innovation hub at Wilson, used the stark contrast of Classic White on an all-black racket frame to introduce a new level of visual acuity to the racket when it is in motion.

“I think this new racket looks very iconic, and classic, yet seems to jump off the court in a very recognizable way,” said Roger Federer. “My last racket featured a tuxedo-style look, so now, with the addition of white, I can finally say that my ‘tuxedo,’ has its shirt. I love the way it looks and feels.”

“I also like the way the racket leaves a ‘line’ through the air to the eye, which adds to its specialness,” said Federer. 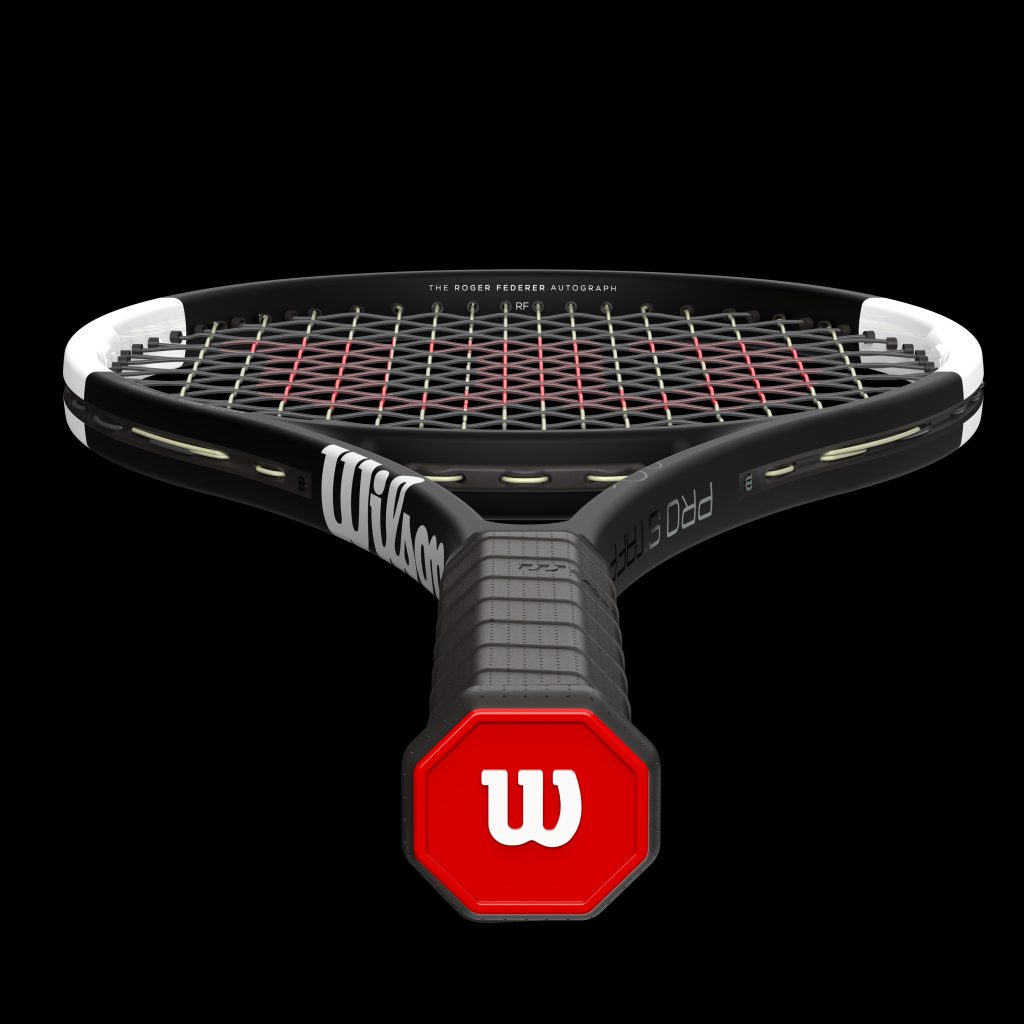 The new Pro Staff RF 97 Autograph racket is the result of a collaborative, co-creation process between Roger Federer and Wilson LABS.

The racket’s look is grounded in two classic and contrasting colors, black and white. Refined, minimalistic design elements have been brought to the forefront to fully complete Roger Federer’s ultimate black and white tuxedo look, a look that matches his elegant and timeless personal style.

The addition of white was a key design decision, as both Roger Federer and the team of Wilson innovators wanted to distill and simplify, even further, the clean look of his previous racket. However, any change needed to have a purpose. The collaboration landed on using Classic White to enhance the visual acuity of the new racket when in motion.

The inside throat of the new Pro Staff RF 97 Autograph rackets carries a more prominent Roger Federer signature. And the outside throat features a matching Wilson logo in Classic White and the Pro Staff franchise name, which has been laser etched into the racket in silver chrome lettering.

The new Wilson Pro Staff line includes the RF 97 Autograph and three other models designed for a variety of attacking-style players. Importantly, Roger Federer requested Wilson produce two lighter weight versions of the racket – the Pro Staff 97L and Pro Staff 26 – in his signature tuxedo design specifically for young tennis players. The Pro Staff 26, smaller and lighter than the 97L, allows an even younger athlete than ever before to experience Roger Federer’s racket.

In July, Wilson will also introduce additional products that have been co-designed with Roger Federer and complement his new Pro Staff racket, including a 12-Pack Tour Bag and a Backpack. The MRP for each bag is $149.99 (US).