Special Series of Fan Events and Content Production Slated for

This Summer Leading to the Event

WHITE PLAINS, N.Y., March 20, 2018 – The USTA today announced a slate of special events and activities it has planned to celebrate the 50th anniversary of the US Open. The U.S. National Championships became the US Open in 1968, as the event opened its doors to professional players for the first time. The USTA will activate programming across all its channels including publishing, retail, events, and digital programming to create broad-based offerings designed to celebrate the past and look to the future of  America’s Grand Slam.

“This is a true milestone year for the USTA and the US Open,” said Katrina Adams, USTA Chairman of the Board and President.  “With the completion of our five-year transformation of the USTA Billie Jean King National Tennis Center, we are now positioned to celebrate our tremendous history, while being poised for future growth.”

One of the most visible initiatives is the introduction of a bold new logo for the event. The logo, created by renowned graphic design firm Chermayeff & Geismar & Haviv, is a streamlined and modernized version of the tournament’s iconic flaming ball logo, which was first introduced in 1997. This new logo was designed to create a visual identity for the tournament that will last far into the future.

The new logo will feature prominently in the US Open’s 2018 advertising campaign, “Built for Glory.” The new campaign, created by long-time US Open agency partner McGarryBowen,  leverages the new visual identity along with creative elements inspired by the transformation of the USTA Billie Jean King National Tennis Center, home of the US Open since 1978. The campaign will begin to roll out on US Open digital and social channels and broadcast platforms, with an expanded multi-platform media plan set for the summer. 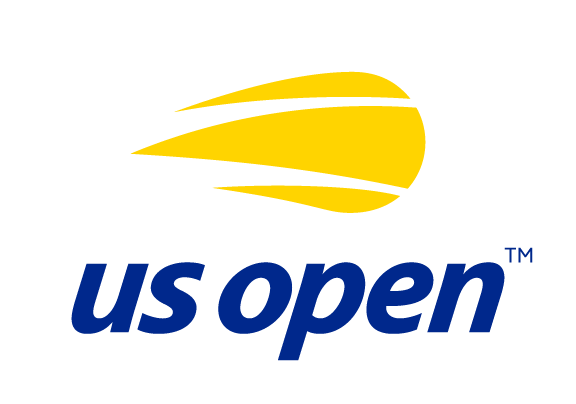 “The new logo is bold and energetic, and better captures and expresses the dynamism of the US Open,” said USTA Chief Marketing Officer Amy Choyne. “We have enjoyed 50 years of greatness and our new visual identity will better carry us forward for the next 50 years.”

50th Anniversary celebratory events will be integrated into all US Open activities in 2018.  The second year of “The US Open Experience” will feature appearances by former champions and other special guests at a location to be determined in New York City on Thursday, August 23 and Friday, August 24. The USTA also plans to hold  50th Anniversary events, including special appearances, autograph sessions, and photo opportunities during “Fan Week” from August 21, through August 26.

A full line of products featuring the new logo will be available this spring and summer, and the USTA is also working with its licensees to create specific 50th Anniversary merchandise and products.

In addition, the  USTA is working with the noted publisher of art and graphic books, Abrams Publishing, to create a 50th Anniversary book that captures the comprehensive history of the tournament and its champions.

Digitally, the USTA is producing a host of 50th Anniversary programming for its broadcast partners, websites and social channels. In conjunction with the introduction of the new logo, the USTA and long-time technology partner IBM will fully redesign USOpen.org to echo the innovative style of the new mark.  Additionally, the USTA will create a 50th Anniversary docu-series featuring a number of 15-minute thematic episodes. Each episode will be themed to major accomplishments and innovations over the 50-year span of the tournament, including equal prize money for women and men, the introduction of technological innovations to the game, the elevation of the on-site fan experience, and other topics. A second series of vignettes, tied to the Built for Glory campaign, also will be produced and offered to US Open domestic and international broadcast partners. The fast-paced pieces will capture the entire US Open experience, from the top players, to celebrity chefs to great historic moments.

This year also marks the conclusion of the five-year strategic transformation of the USTA Billie Jean King National Tennis Center. The new Louis Armstrong Stadium, a state-of-the-art, 14,000 seat stadium with a retractable roof will debut at the 2018 US Open. In addition to the new Louis Armstrong, the $600M transformation includes two new stadiums, a retractable roof over Arthur Ashe Stadium, and completely redesigned grounds that have improved the US Open experience for players and fans alike.

The 2018 US Open begins on Monday, August 27 and runs through Monday, September 9. A full schedule of US Open 50th Anniversary events will be released this summer.