World No. 2 Rafael Nadal has pulled out of both upcoming tournaments in Indian Wells and Miami with a continued hip injury he sustained at the Australian Open in January. The 16-time Major winner provided the following update on his Facebook page: 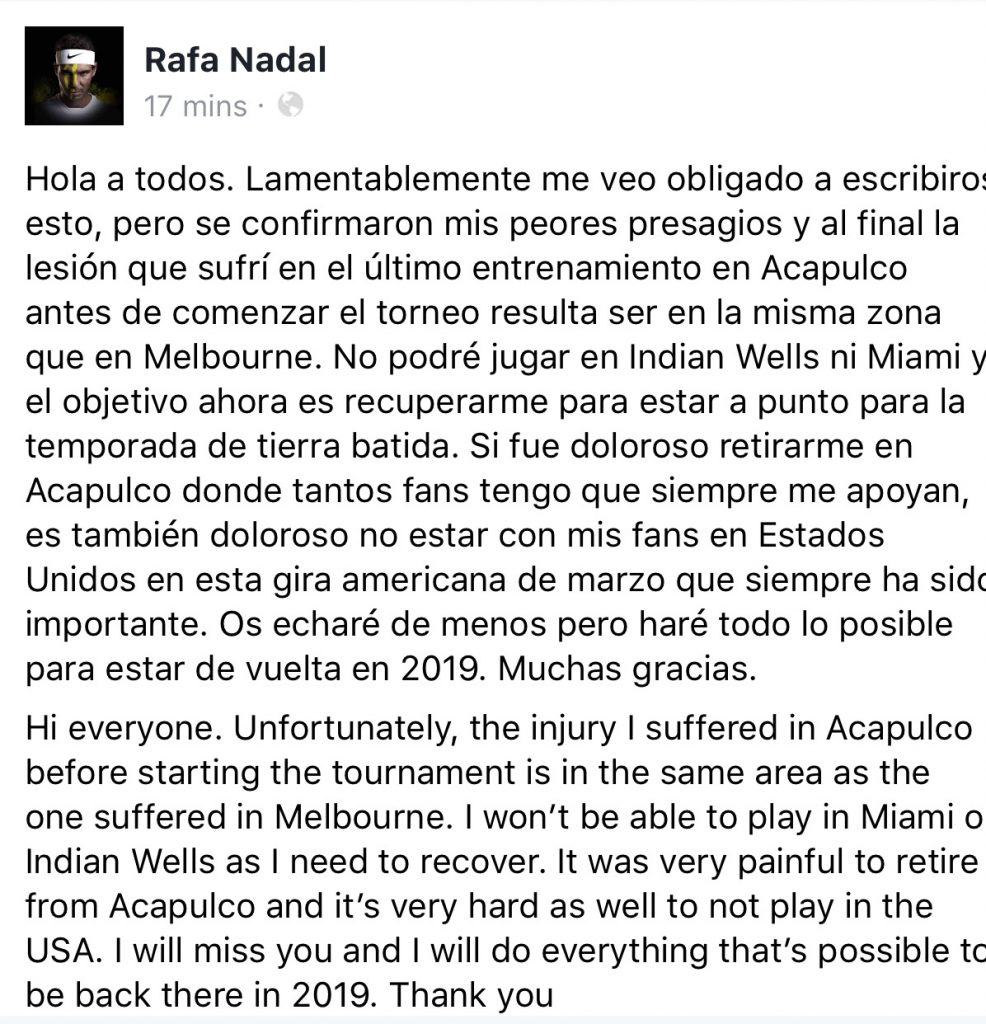 The two Masters 1000 events in March will also be without Andy Murray and Stan Wawrinka. Murray continues to recover for a hip injury and Wawrinka has opted to rest his knee after competing in a few Tour events this season. 12-time Major winner Novak Djokovic still hasn’t confirmed if he will participate in the Miami Open. The BNP Paribas Open in Indian Wells, California is set to get underway next week.