Known as one of the most flamboyant players on Tour, Australian Nick Kyrgios has already started the year on the right foot by winning the title in Brisbane. Powering ace after ace past a multitude of opponents, Kyrgios’ game also features a tremendous forehand and great touch. Using Yonex rackets since his junior days, the 22-year-old recently debuted the Yonex EZONE 98 in blue to start 2018. 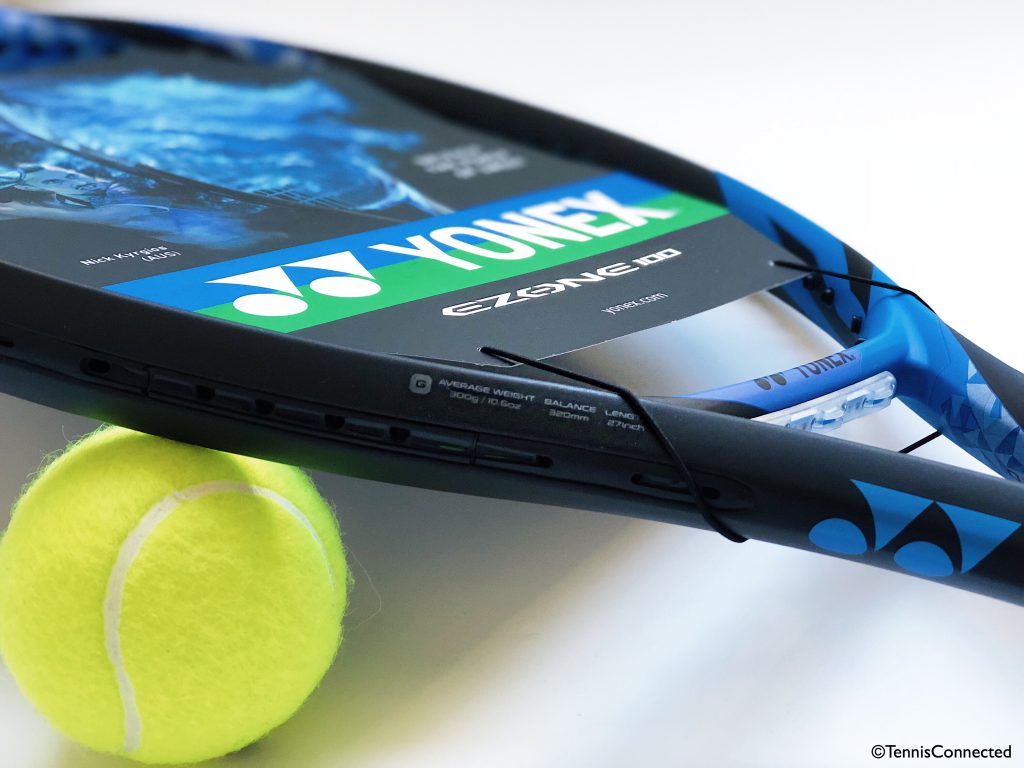 Featured in a cool blue colorway, the EZONE 98 comes in at a reasonable weight of 11.4 ounces strung, a 98 sq. inch head size and a 16×19 string pattern. Highlighted by an updated Isometric head shape that provides a great sweet spot and spin, the latest EZONE 98 has a remarkably low stiffness index for a players racket at only 63.

When looking at the performance of the EZONE 98, the precision on shots was adequate but this frame did not have the same pop or plow-through that the previous DR versions possessed. That said, the racket head speed that was generated on serves and ground-strokes was more than enough. From a forecourt perspective, the EZONE 98 and Yonex rackets in general have always performed well at net.

Serving was also quite easy to accomplish with this model, especially from a second serve perspective. Spin and angles were created relatively easily but flat serves weren’t hit as hard as with other stiffer frames.

Returns were hit in a consistent manner, but would lack some depth if hit off center. 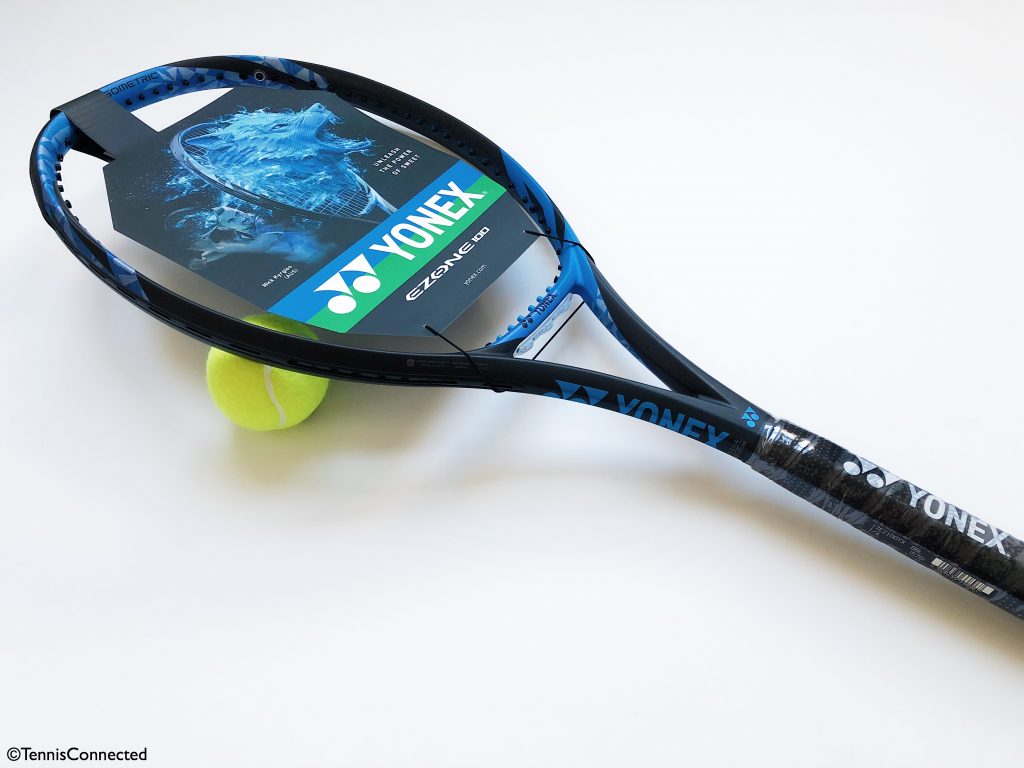 You can purchase the latest Yonex EZONE 98 and 100 sq inch version now at the following stores: