Good things come to those who wait, and for the Nike faithful out there that have been eagerly anticipating the evolution of the Air Zoom Vapor franchise, they will be pleased with the all-new NikeCourt Air Zoom Vapor X for Roger Federer and the rest of the Nike Court team. 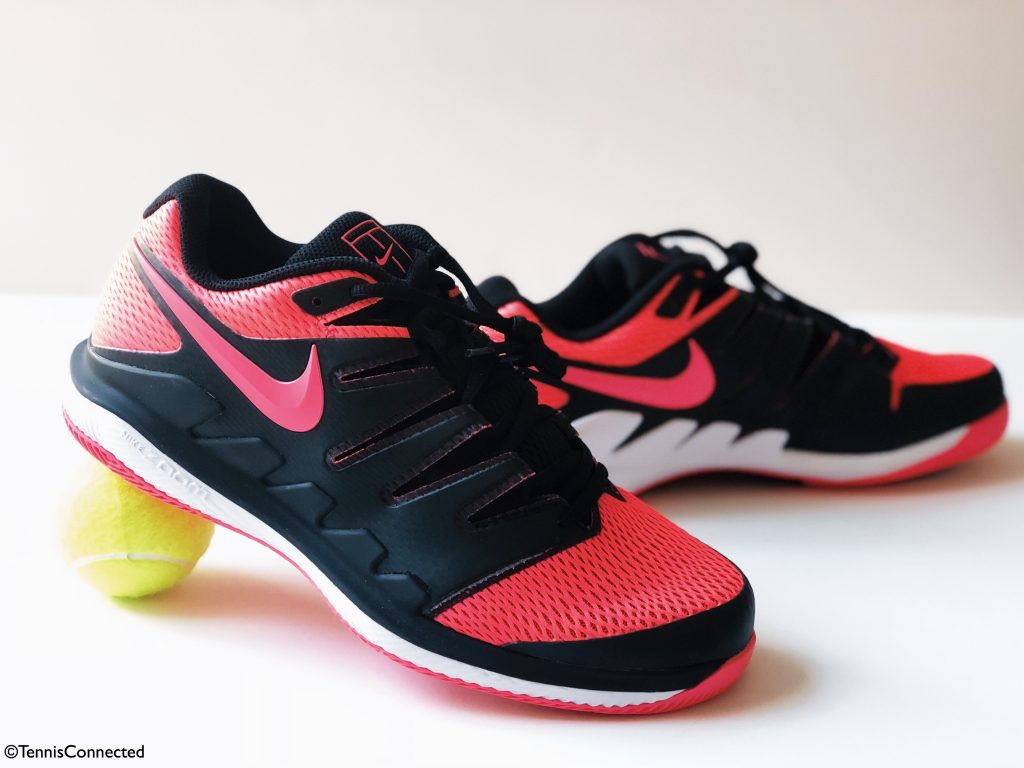 First-off, the Vapor X requires no break-in period and fits true-to-size just like the Zoom Vapor 9.5. A noticeable difference right off the bat is an even more locked-in feel over the Vapor 9.5, due in large part to the “claw like” grip on the medial side of the shoe. However, the Vapor X does appear to have a higher ankle collar over the Vapor 9.5 and slightly more room in the toe box as well. (I personally had some discomfort on the outside of my left ankle the first time I wore these on court). That said, there’s still a tremendous amount of support toward all the rigorous movements on court, aided by the padded ankle collar, which has always been a welcome edition to the Vapor collection. 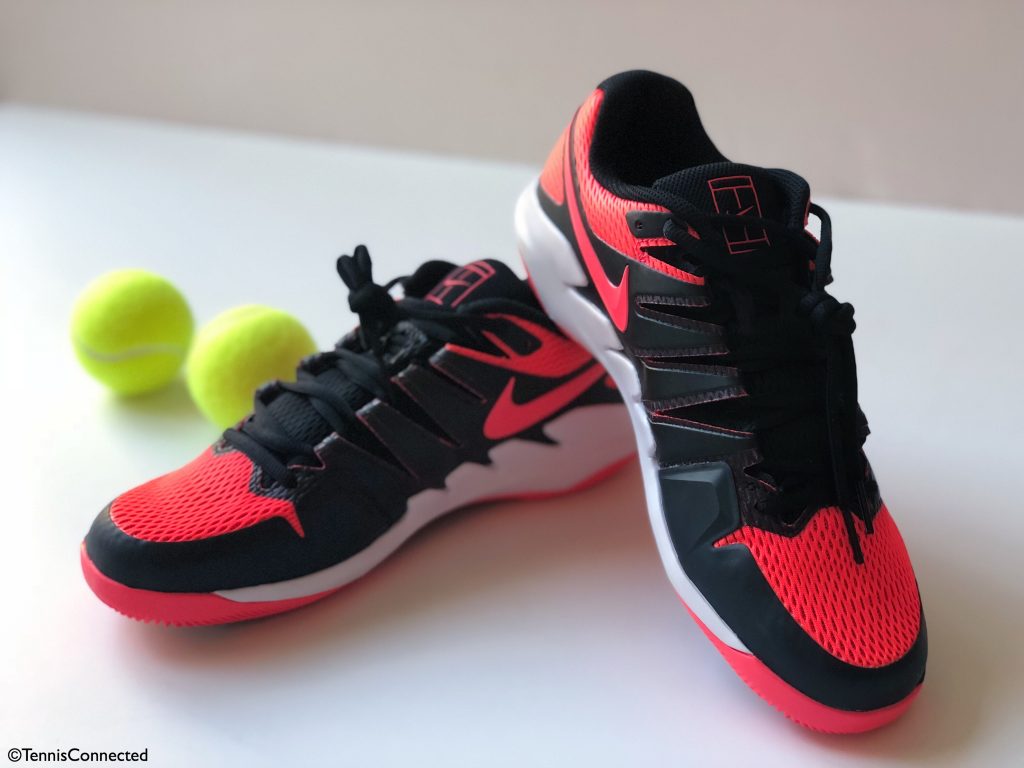 Another knock that can be noted on this model is that although the laces are plush and sturdy, they simply aren’t long enough for consistent, easy lacing. After pulling the laces tight to resolve this issue, the Vapor X remains one of the the most comfortable shoes on the market. From the dynamic fit system to the air zoom unit in the heel, you’ll be hard-pressed to find a more comfortable offering out there that compares to the Vapor X.

Aesthetically, the Vapor X is as sleek as ever. The giant swoosh is a welcome feature to sole of the silhouette, as it will look great in pictures after your favorite pro finishes their service motion. The larger mesh holes at the toe portion of the shoe not only provide better breathability but they also add to a more appealing aesthetic compared with the Vapor 9.5. 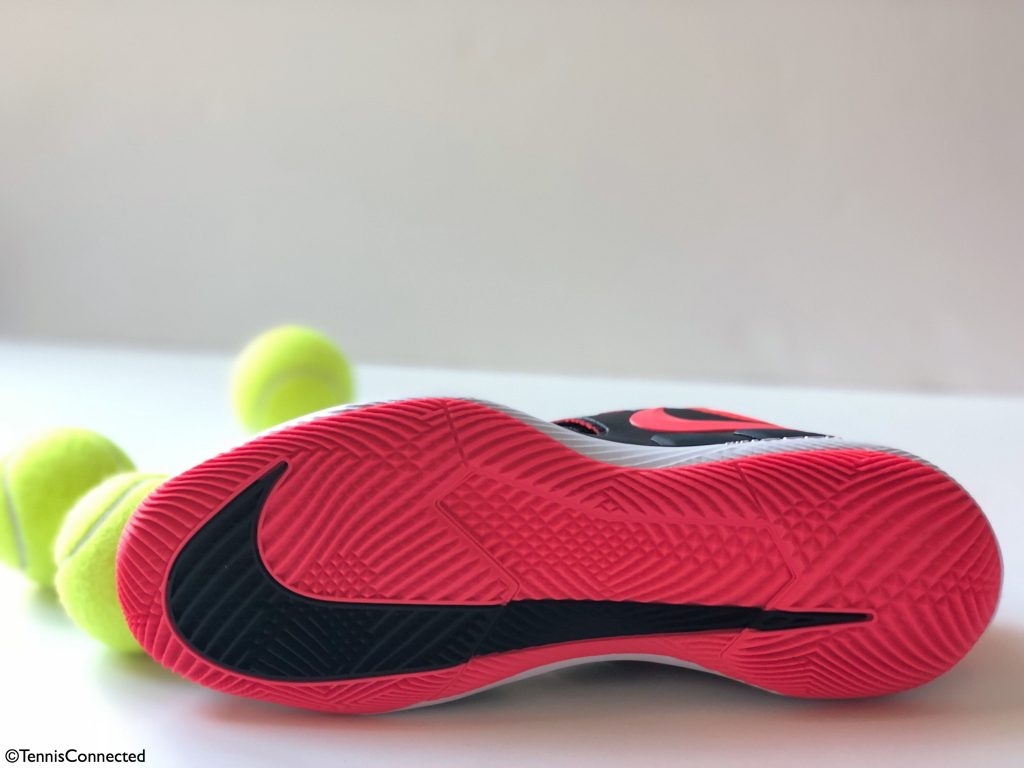 Other notable and needed improvements to the Vapor X have come in the form of a new generative outsole. Personally, I’ve never been that hard on my shoes, and owning six or seven pairs of the Zoom Vapor 9.5, I was never really in a position where I found the shoes to be breaking down or the sole to be wearing out. However, I am fully aware that many players from the recreational to advanced levels were hoping that the day would come when a speed oriented shoe like the Vapor X would in fact be more durable. By using data from the Nike Sports Research Lab, designers were able to strategically beef up high wear zones of the shoe, while minimalizing other areas that aren’t prone to heavy usage. The result: Nike has finally engineered a tennis shoe that is both light and durable. We can confirm that the tread on the Vapor X does in fact provide much more grip than the Vapor 9.5 on hard-court surfaces. That may or may not be advantageous to specific players, depending on whether or not they like to slide on hard-courts. If they do, then this specific shoe will take some getting use to.

Available in a multitude of colors to begin the 2018 season for both women and men, the Vapor X also comes in wide sizing for the first time, as well as continuing to cater to those playing on clay.

Let’s of know what you think of NikeCourt’s latest flagship shoe in the comments below.