Precision personified has always been at the forefront of what the team at Yonex Tennis has embraced when designing their world-class frames. Whether they are catering to Angie Kerber or Nick Kyrgios, each racket in the Yonex family is created and constructed with the care and concern of the athlete’s needs.

Moving onto the newest racket release from Yonex in 2018, we had the pleasure of reviewing the Yonex EZONE 98 and the 100 version. Both rackets did play slightly different and both were strung up with Yonex Poly Tour Pro 125.

Let’s now have a look at how each racket responded to our play-test. 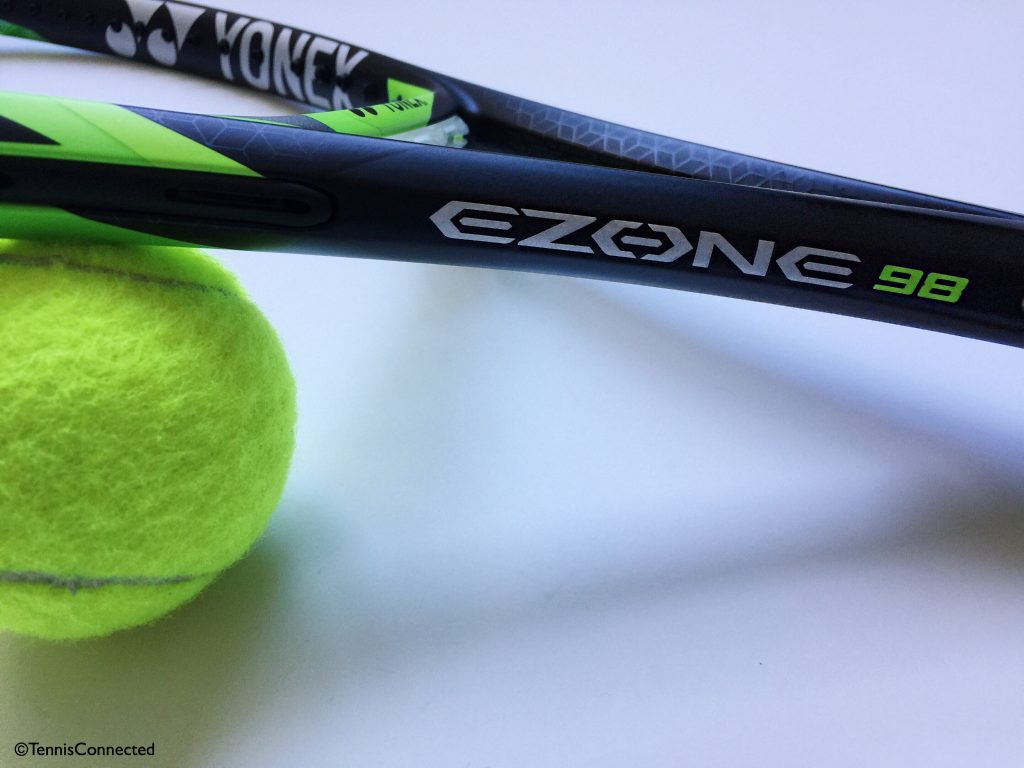 Used by Tour player CoCo Vandeweghe, the Yonex EZONE 98 did provide great control and stability through a multitude of strokes.

Starting off, forehands and backhands were slightly more forgiving than the previous version, due in part to the larger sweet spot, courtesy of the updated Isometric head shape. Owning spin and control has always been a staple with Yonex, and the EZONE 98 is no different. Spin and power on ground-strokes were created in effortless fashion and were a joy to hit.

From a serving perspective, the latest Micro Offset Layout technology allowed for greater comfort on a variety of different serves. The latest EZONE 98 didn’t have a the great power quotient compared with all the rackets that we’ve reviewed this year, but Yonex rackets in general have never been designed for all out power either. Some of that power has to come from the player and their technical prowess. 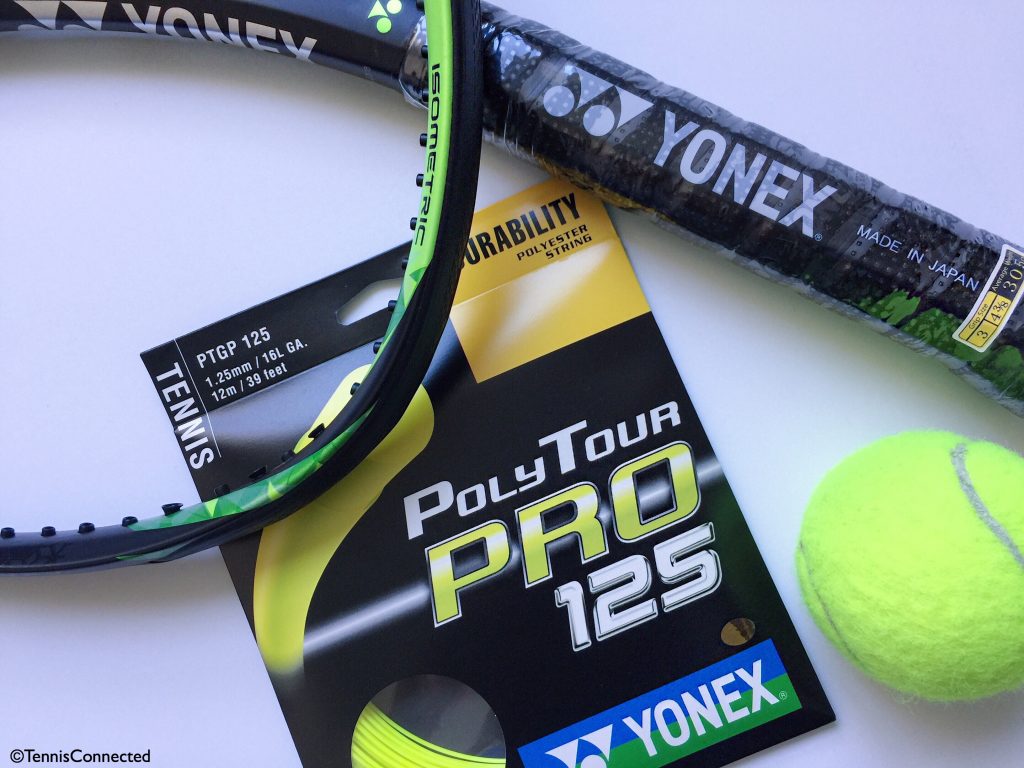 That said, the hyper modulus graphite (Hyper-MG) did provide a touch more power than the previous model.

Returns and volleys are always and interesting proposition when using a Yonex frame. The stability on returns seemed to be there and the crisp feel on volleys remained ever-present. Again, creating depth on returns was an issue from time-to-time, but that can simply be corrected by increasing net-clearance at contact.

All in all, the Yonex EZONE 98 (305g) is definitely a racket designed for players with more refined strokes that can generate their own pace. 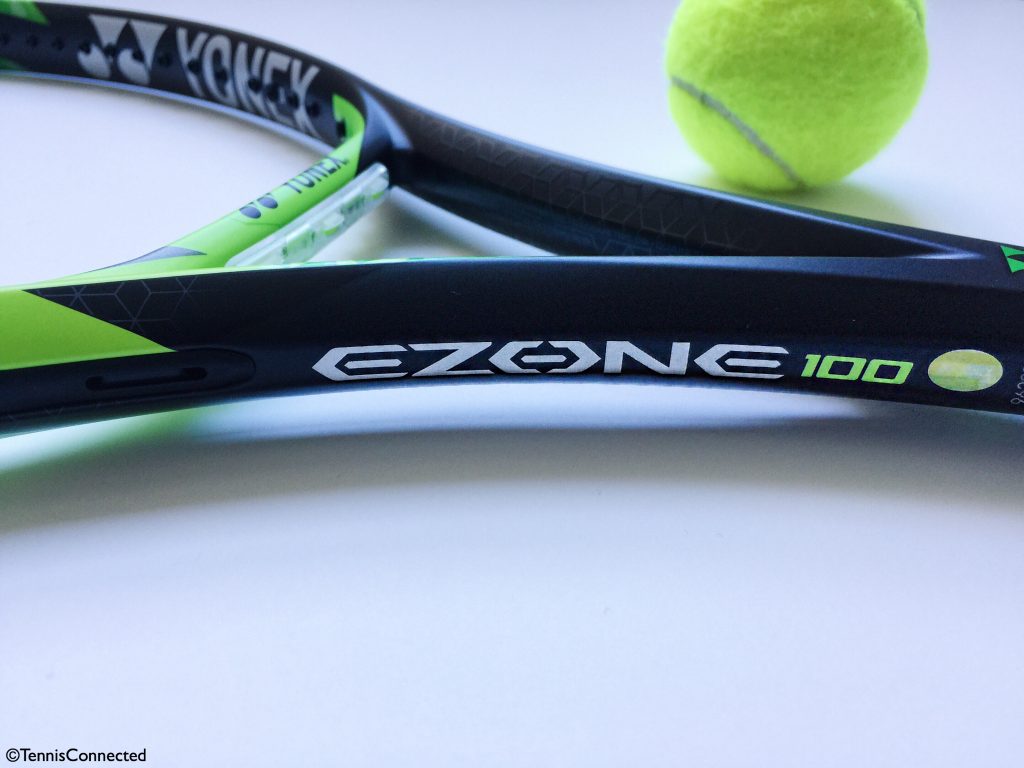 Used by Tour players Victoria Azarenka, Daria Gavrilova and Anastasija Sevastova, the 100 sq. inch version of the newest EZONE did play significantly different from the 98 sq. inch frame, due in large part to the lighter specs of the racket.

From a ground-stroke perspective, the Yonex EZONE 100 allowed for much easier power and aggressive play than the 98 sq. inch version. Ground-strokes were significantly stronger, but the draw-back off course was that the consistency was compromised slightly because of the ability to hit harder.

Serves and returns were easier to manage with this model, due once again to the bigger sweet-spot and lighter weight. The 16×19 string pattern was a treat to hit with as it provided ample spin and depth at contact. 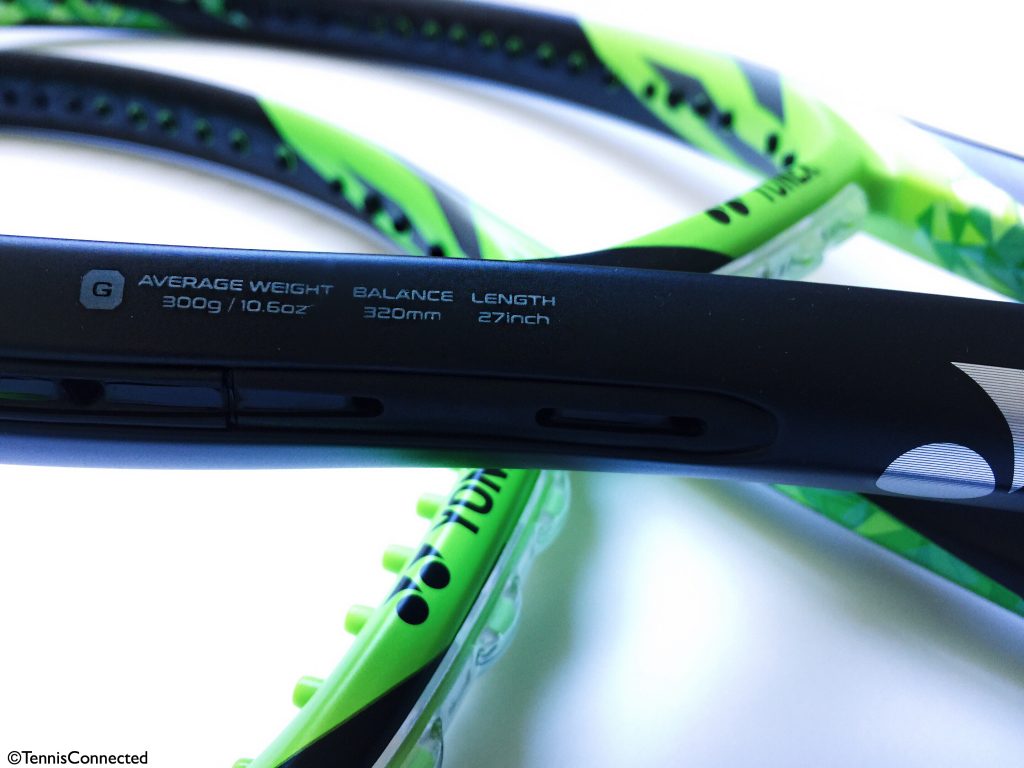 Designed for more intermediate to advanced players, the versatility of this version will definitely appeal to a much wider audience.

To conclude, the Yonex EZONE 100 was great at net and could become a favorite for those that play doubles on a regular basis. All in all, both the Yonex EZONE 98 and 100 will be worth a try for those players looking for that blend of power, control and stability.

You can purchase the latest Yonex EZONE 98 and 100 at the following stores: