It’s the last Grand Slam of the year and, in the men’s tournament, perhaps it will be a case of last man standing. Defending champion Stan Wawrinka, along with former world number one Novak Djokovic, Japan’s Kei Nishikori and Canadian Milos Raonic, are all missing the tournament due to injury, whilst second seed Andy Murray enters the competition under a major injury cloud due to a persistent hip complaint.

So can Roger Federer make the most of a golden opportunity to capture the twentieth Grand Slam of his illustrious career? Will new world number one Rafael Nadal underline his return to the top of the summit with another US Open? Who is the favourite in the women’s tournament? Read on to find out my predictions for the forthcoming fortnight of action at Flushing Meadows. 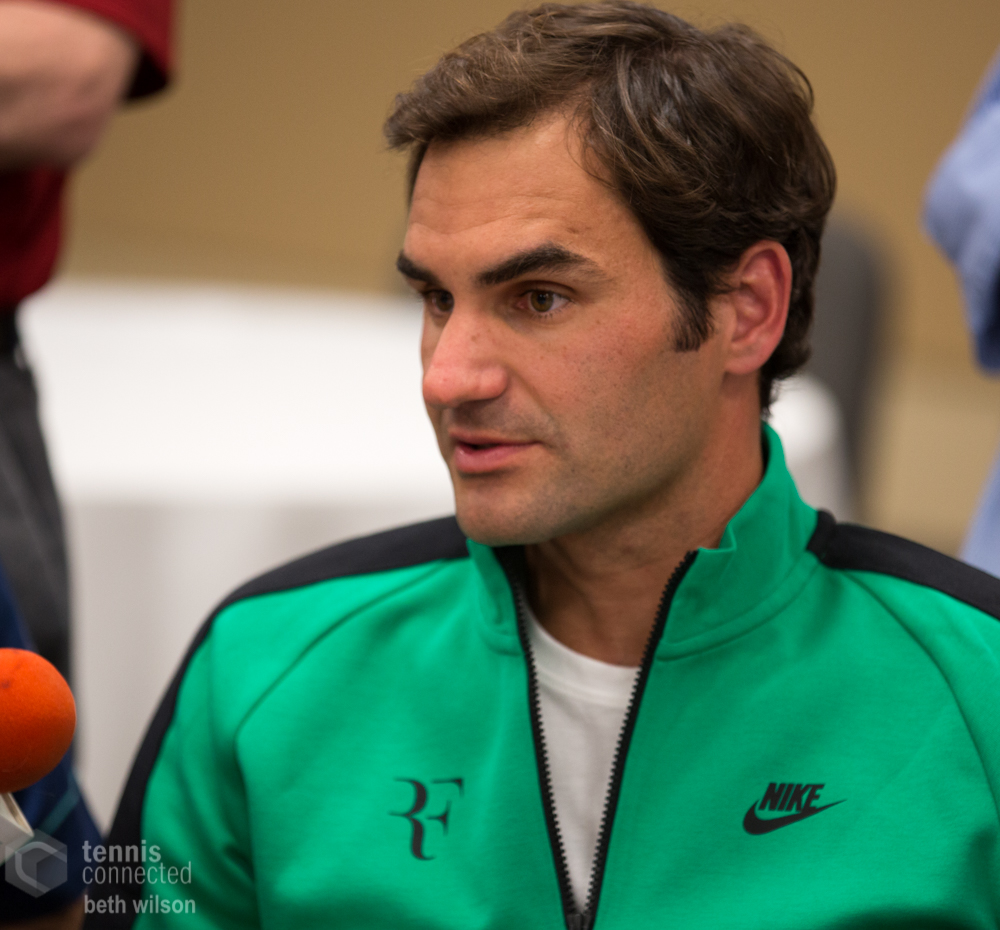 Federer and Nadal, having never squared off previously in a US Open, have both been placed in the top half of the men’s draw, meaning that a semi-final showdown is on the cards. Nadal looks to have the tougher quarter of the two, with a scheduled fourth round showdown against Tomas Berdych and a potential quarter-final clash against the in-form Grigor Dimitrov, who pushed Nadal all the way in the Australian Open semi-finals earlier this year and who recently claimed his first Masters 1000 title in Cincinnati.

Federer could face the enigmatic Australian Nick Kyrgios in the round of 16, a player with whom the Swiss star has always endured close battles, and could then play French Open semi-finalist Dominic Thiem in the quarter-finals. Towering Argentine Juan Martin Del Potro, a former winner at Flushing Meadows, is also lurking in Federer’s quarter of the draw.

In the absence of Djokovic and Wawrinka, and with doubts lingering over Murray’s fitness, the bottom half of the draw could throw up some major surprises. Murray has received a pretty favourable draw, with potential match-ups against Pouille and Tsonga (in the round of 16 and quarter-finals, respectively) difficult but certainly winnable if the Scot’s body holds up.

German whiz kid Alexander Zverev has been in sensational form in the lead up to New York, claiming titles in Washington DC and in Montreal (where he handed Federer just his third defeat of the year). Zverev is a prodigious talent and I fully expect him to become a major winner in the years to come. Whether he is able to handle the increased expectations placed on him at this tournament after his results to date this season remains to be seen. That said, it’s worth noting that certain stars of yesteryear, such as Sampras, Hewitt and Safin, came of age (in terms of Grand Slam championships), at a young age at the US Open.

I can see Murray grinding his way through the first week and into the second week of the tournament, but ultimately coming unstuck against the in-form and confident Zverev. In the top half, Nadal has a good chance of getting to the semi-finals (despite his patchy form to date during the North American hard-courts swing) but the Spaniard is certainly a lot more vulnerable on fast hard-courts compared to clay. Federer has taken down his great rival the last four times the pair has played, so if the semi-final showdown does eventuate, the second seed has to be the clear favourite.

A Federer versus Zverev final would be a fascinating inter-generational battle. Whilst Zverev exploited Federer’s back problems to claim the title in Montreal, I can’t see the young German repeating the win in a US Open final and in a best of 5 sets final. 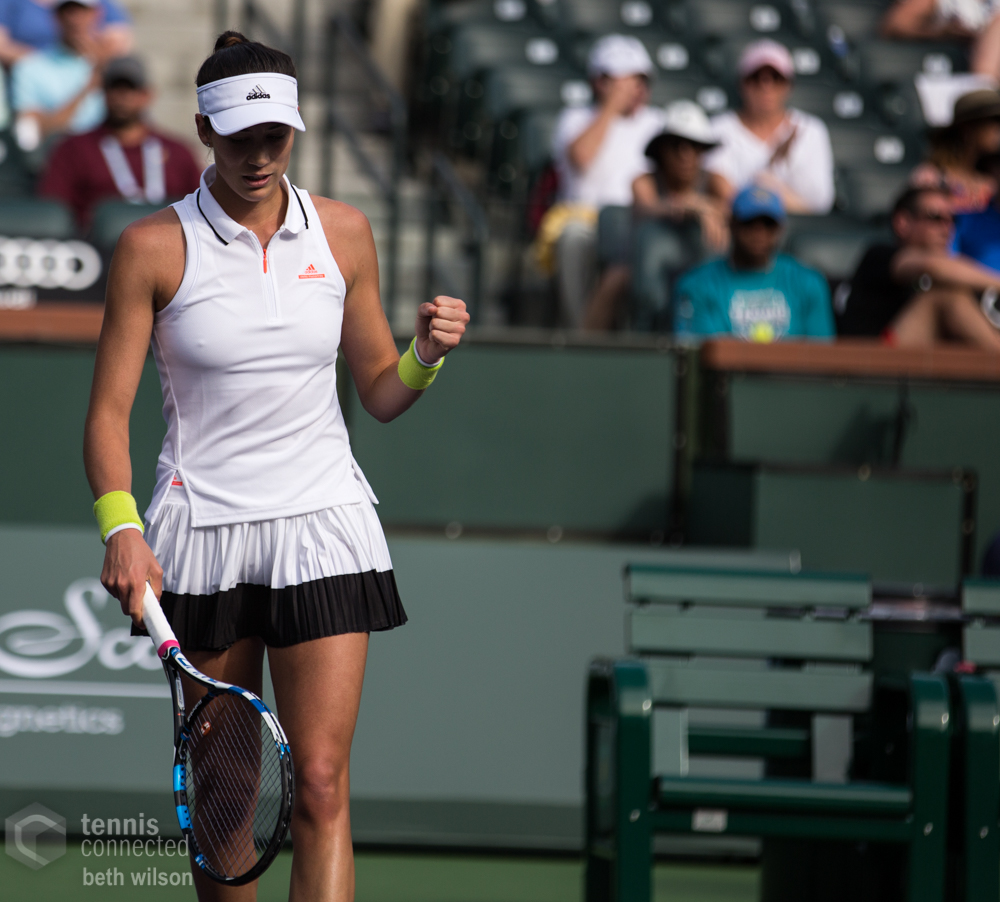 Serena Williams and Victoria Azarenka might be missing, but the US Open women’s singles is still an event to look forward to, with no less than eight women able to claim the world number one ranking, and with a salivating first round match-up between second seed Simona Halep and former champion Maria Sharapova.

Karolina Pliskova is the top seed and current world number one, and last year’s US Open finalist has a very good chance of once again going deep at Flushing Meadows. The Czech star’s game, comprised of powerful groundstrokes off both wings and a booming serve, is tailor-made for the fast hard-courts of New York. Pliskova will be tough to stop, although there are dangers lurking in her quarter of the draw, including former champion Svetlana Kuznetsova, the big-hitting American Coco Vandeweghe and Poland’s Agnieszka Radwanska.

Elina Svitolina has had a terrific season to date in 2017 and I think the Ukrainian will be able to navigate her way through a difficult quarter of the draw, which features former world number one and defending champion Angelique Kerber, the French Open champion Jelena Ostapenko and American fifteen seed Madison Keys.

Caroline Wozniacki has been ultra-consistent in 2017, but I don’t think the fifth seed has the weapons to take down all of the big hitters she is likely to face. Petra Kvitova has not played well on hard-courts this season and I can’t see her doing much in New York. Venus Williams could well make a strong run at Flushing Meadows, but I favour Wimbledon champion Garbine Muguruza to emerge in the semi-finals from the third quarter of the draw. The Spaniard has continued to play well post-Wimbledon, thrashing Simona Halep in the final at Cincinnati a week ago.

The bottom quarter of the draw is perhaps the most open quarter, and I can see an outsider coming through the quarter to take a semi-final berth. Regardless of who wins the Halep-Sharapova clash, I can’t see the victor having a successful tournament. Sharapova is underdone in terms of match fitness, while Halep, like Wozniacki, simply isn’t powerful enough to beat the big hitters when they produce their best tennis on fast hard-courts. Accordingly, I wouldn’t be surprised to see someone like Konta or Cibulkova clinch a semi-final spot.

Based on her form at Wimbledon and since then, I think Muguruza has to be the favourite to capture the title. Unlike after her 2016 French Open win, when she suffered a major slump in form on the back of heightened expectations and additional obligations, Muguruza has continued to play well post-Wimbledon and the conditions in New York suit the Spaniard’s hard-hitting game really well. Still just 23 years of age, this could be the event that cements Muguruza’s position as one of the dominant players on the WTA Tour.

That’s it for now. Enjoy the tournament and remember that you can follow all of my thoughts and opinions as the action from Flushing Meadows unfolds over the next couple of weeks on Twitter: @thesatelliteserve.