World No. 1 Andy Murray announced today on his Facebook page that he will miss next week’s Western & Southern Open in Cincinnati, Ohio due to an ongoing hip injury. The Brit last played at Wimbledon, where he lost to American Sam Querrey. 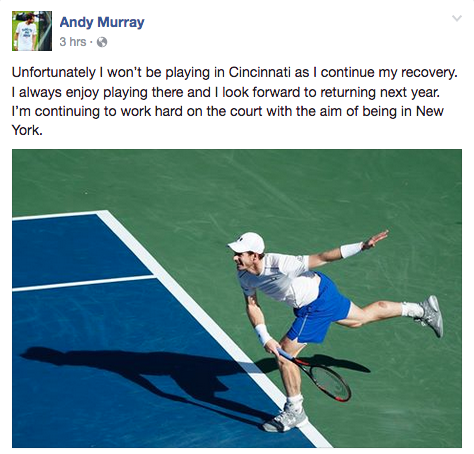 As a result of his absence from Cincinnati, either Rafael Nadal or Roger Federer will be the No. 1 player in world heading into the US Open.