Wimbledon, the year’s third major championship, commences on Monday and, as always, there are a number of fascinating story-lines heading into the tournament.

Can Federer continue his dream season by capturing an historic eighth crown? Will local hero Murray overcome his hip injury and defend his crown? Will Petra Kvitova capture a third Wimbledon title after her lengthy injury lay-off, or will another first-time Grand Slam champion emerge on the womens’ side?

Read on to find out my predictions for this year’s men’s and women’s singles events at the All England Club. 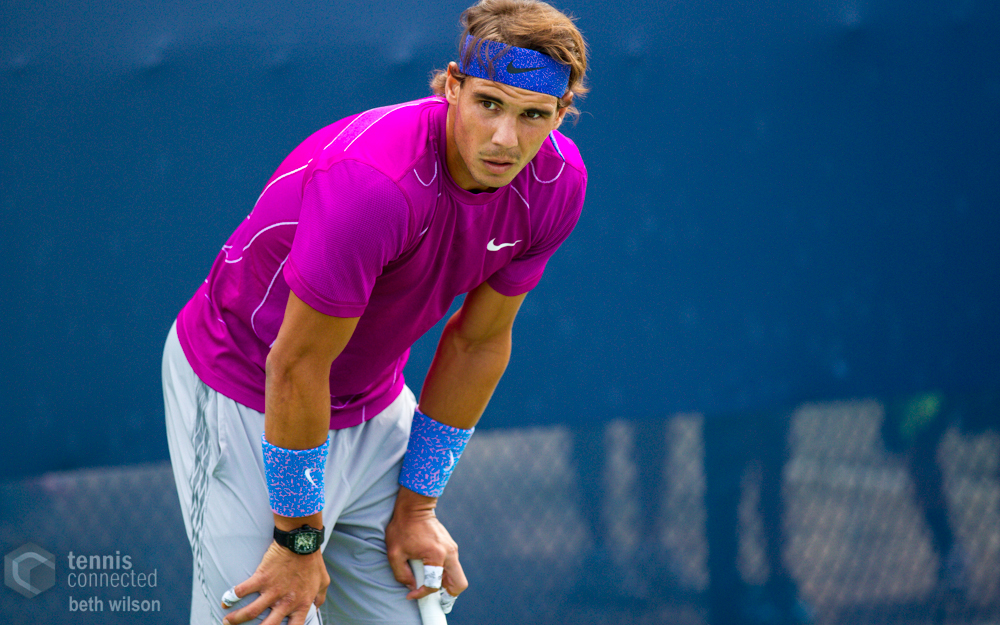 Federer wins the Australian Open. Nadal wins the French Open. Yes, this is the year 2017, and not a decade earlier. The first half of 2017 has witnessed the renaissance of the sport’s two biggest stars, Federer and Nadal, whilst simultaneously documenting marked inconsistency from the two most consistent performers from 2016, Djokovic and Murray.

Federer’s run to the Australian Open title in January surprised nearly everyone, but the Swiss superstar demonstrated that it was not a one-off run down memory lane, collecting titles in Indian Wells and Miami and recording consecutive wins over his great rival Nadal. Nadal, however, reaped the rewards of an impressive start to the season by completely dominating the clay-court swing, dropping just one match as he picked up titles in Monte Carlo, Barcelona, Madrid and at Roland Garros.

Intriguingly, the two legends are in opposite halves of the draw, meaning that another Federer-Nadal Wimbledon final is possible. Nadal is seeded to face top seed Andy Murray in the semi-finals, although the Brit enters the tournament with a lingering hip injury and having played only one competitive grass-court match in the lead-up to his title defence.

It’s been a patchy season for Murray to date, and although dangers lurk in the form of a potential second round clash against big-serving Dustin Brown and a scheduled quarter-final against Stan Wawrinka, I think Murray will grit his teeth and grind his way through to the semi-finals, just as he did in Paris.

Nadal, a two-time Wimbledon champion, has had little impact at the All England Club since making the 2011 final, his fragile knees struggling to bend down to tackle the low-bouncing balls on the grass. However, the Spaniard arrives in London full of confidence after winning his tenth French Open crown and, if he can survive the first week of the tournament, Nadal could be a major factor in the second week of play, when the courts get harder and bounce higher. If Murray and Nadal do square off in the semi-finals, I predict the Spaniard to get the better of his opponent. If Nadal stumbles in the first week, former US Open champion Marin Cilic could well make the most of the opportunity and make a deep run towards the title.

In the bottom half of the draw, both Djokovic and Federer face difficult challenges to get to the business end of the tournament. Djokovic faces Martin Klizan in the opening round, has Juan Martin Del Potro lurking in his quarter, and could face his conqueror in Paris, Dominic Thiem, in the quarter-finals. The Eastbourne title will have boosted Djokovic’s confidence, and I think the recent addition of former top 10 player Mario Ancic to the Serb’s coaching team is a wise move. He hasn’t had a great year to date, at least by his lofty standards, but I still think Djokovic will progress through to the final four of the tournament.

Roger Federer has a difficult quarter of the draw to navigate, with a potential round of 16 encounter with former Wimbledon semi-finalist Grigor Dimitrov and a scheduled showdown with 2016 finalist Milos Raonic in the quarter-finals. Something tells me that the Swiss star will relish all such challenges and, after skipping the clay-court season, Federer will be refreshed and ready for his title charge in London. The rustiness shown in his loss to Tommy Haas in Stuttgart was quickly forgotten in Halle, where Federer waltzed to a ninth title, and to my mind Federer is the one to beat in London this year.

Another Federer-Nadal final might seem like wishful thinking, but based on the results in 2017 to date, it’s also a genuinely realistic scenario. With Federer having recorded three wins over his great foe so far in 2017, and having used his backhand to great effect in each of them, I’m backing the Swiss star to claim a record eighth Wimbledon title at the All England Club this year. 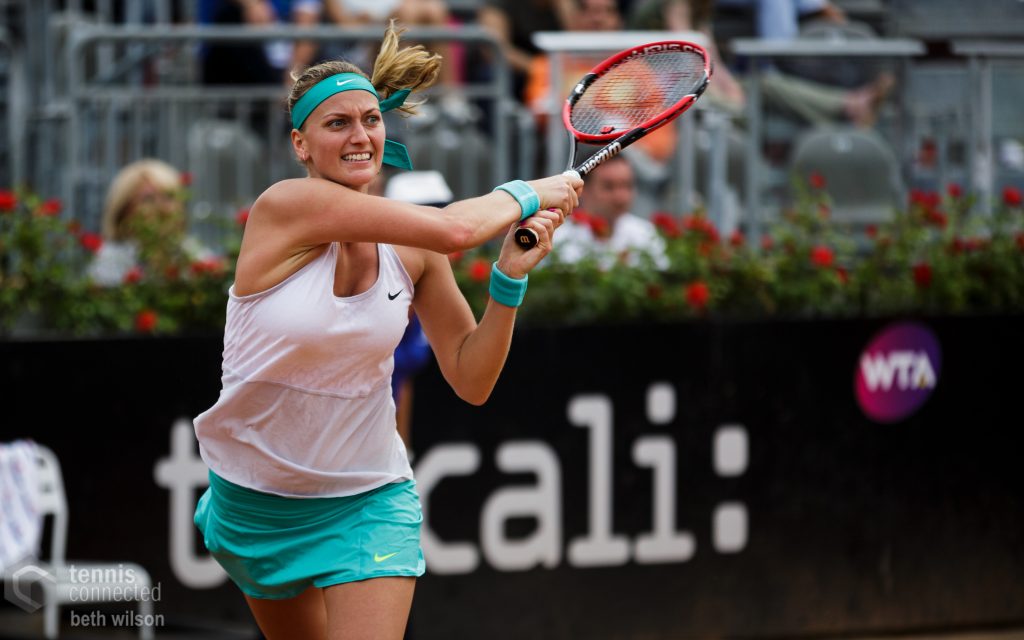 Jelena Ostapenko was a deserved winner of this year’s French Open title, but it’s fair to say that very few observers predicted her victory at the beginning of the fortnight’s play in Paris. With Serena Williams and Maria Sharapova still sidelined, and with Victoria Azarenka still working her way back to top form in her return from giving birth, the title contenders for the women’s singles title in London are numerous.

Two-time Wimbledon champion Petra Kvitova has a game ideally suited for the grass-courts of the All England Club. The Czech star capped her recent return from a horrific stabbing late last year with a title in Birmingham last week, and she will head into Wimbledon with plenty of confidence as a result of that win. I think Kvitova deserves to be the favourite in the women’s tournament, having won twice before in London. That said, her six month absence from the WTA Tour may count against her if she finds herself in tricky situations and tight matches.

Five-time champion Venus Williams has enjoyed a renaissance of her own in 2017, making it through to the Australian Open final. Like Kvitova, Williams loves playing at the All England Club and could well make a deep run to the latter stages of the tournament. However, a recent investigation into a car accident involving Williams may be enough for the American to lose her focus on the court.

In the other half of the draw, I expect top seed and 2016 finalist Angelique Kerber to bounce back from a disappointing first half of 2017 and put in a strong performance in the tournament. There are some tricky players in Kerber’s section, including Flipkens and Safarova, but I predict the German will have her best showing of the year and make the semi-finals.

Caroline Wozniacki and Karolina Pliskova have just battled it out for the Eastbourne title and I think they may meet again in the Wimbledon quarter-finals. Wozniacki has been resurgent in 2015 and is rising rapidly back through the rankings. However, the Dane’s counterpunching game is no match for the raw power of Pliskova. The Czech star has never been past the second round at Wimbledon, but 2017 could be the year that all changes – Pliskova certainly has the game to succeed in London, and she will have plenty of confidence after besting Wozniacki for the title in Eastbourne.

If the all-Czech final between Kvitova and Pliskova does eventuate, it will be interesting to see who handles the occasion better. Pliskova will benefit from having made last year’s US Open final, but Kvitova has far greater big match experience and will no doubt be the sentimental favourite. I’ll back Kvitova to triumph in three sets should the pair meet in the final.

That’s it for now. Enjoy all the action from London over the next fortnight and be sure to follow my tournament updates and insights on Twitter: @satelliteserve.