Once upon a time, grass was the odd surface out. Ivan Lendl said it was for cows, and Lindsay Davenport claimed that everyone was just winging it when they got to Wimbledon in the summer. By the start of the century some pundits were calling for the All England Club to tear up its turf and replace it with a more relevant material, like asphalt.

Instead, in 2001, the Club tore up it courts and laid down a hardier variety of grass. And that has made all the difference. While some lament the disappearance of serve-and-volley tennis on these new, truer-bouncing courts, net-rushing was on the decline anyway. Sixteen years later, we can see what has been gained. Modern grass, which still rewards shot-making and attacking tennis like no other surface, brings out the best in the modern power-baseline game.

And that’s what we’ll see over the next two weeks at Wimbledon. From Roger Federer to Feliciano Lopez to Lucas Pouille on the men’s side, to Petra Kvitova, Angelique Kerber, and Coco Vandeweghe on the women’s, there’s no shortage of players whose games get better on grass, and who stand a chance of going deep at this Slam.

With that in mind, he are five things to look for at what promises to be an entertaining, unpredictable, and potentially epic Wimbledon. 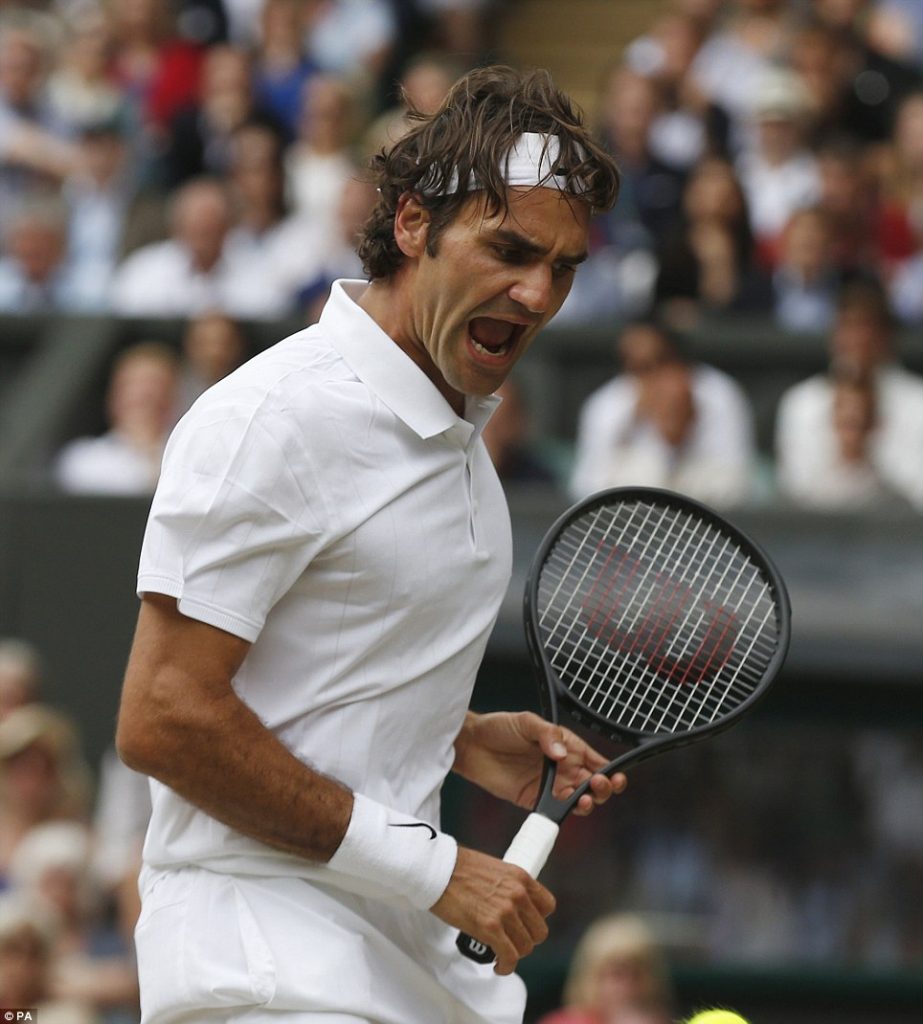 Yes, Roger Federer really is the favorite on the men’s side.

Federer fans are happy just to have a chance to see the Maestro back on Centre Court. Do they really have to worry about whether or not he can win the whole thing? The short answer is yes, because his chances are, as of this moment, better than anyone else’s in either draw. True, Federer is 35, and he sat out half of 2016 with a knee injury. But there are four reasons why he’s the favorite. (1) He has already won a major and two Masters titles this year; (2) he looked as sharp as he ever has in winning on grass in Halle last week; (3) the two players seeded above him, Andy Murray and Novak Djokovic, haven’t been anywhere close to their best this season; and (4) He has beaten the second-best player of 2017, Rafael Nadal, all three times he’s played him. If Rafa, the game’s greatest clay-courter, had a 10th French Open in him this year, there’s no reason that Roger, the game’s greatest grass-courter, shouldn’t have an eighth Wimbledon.

Is Petra Kvitova already the favorite on the women’s side?

This would seem to be even more unlikely than putting the 35-year-old Federer in the pre-tournament pole position. Wimbledon will be Kvitova’s fourth tournament back after she suffered a knife attack at the start of the year; as of the French Open, she still didn’t have complete use of the fingers in her playing hand. But you wouldn’t have known it from the way she played while winning the title at the tune-up event in Birmingham. She hit with uncommon depth and consistency, and said that being back on grass felt like being at home again. On one level, the two-time Wimbledon champion will be happy just to return to her favorite tournament and favorite place in tennis. Part of the reason she came back so quickly is that she didn’t want to have to wait until 2018 to return to the All England Club. The terminally hot-and-cold Czech could lose on any given day, to any given opponent. But if she was that motivated to get back on Centre Court, it’s safe to say she’ll be just as motivated to play on it as many times as she can.

Rafa’s chances may be better than you think

At first glance, Nadal would seem to be an extreme long shot at best, and an afterthought in the draw at worst. He is the No. 4 seed and is coming off another stellar clay-court season, but in recent years success on dirt hasn’t translated to success on grass. The last time Nadal made it past the fourth round at Wimbledon was in 2011, and since then he has been bounced by sub-Top 50 players like Lukas Rosol, Steve Darcis, and Dustin Brown. By now, any decent shot-maker, no matter what his ranking, should feel like he has an opportunity against Rafa on grass. On the other hand, as Nadal has pointed out, even in the days when he was winning Wimbledon, he had to survive some close five-set calls in the early going there. The difference over the last six years is that the ball stopped bouncing his way in those tight matches. If he can get it to bounce his way again in an early battle, and survive into the second week, he’ll be a threat win the tournament again.

Who are the dark horses in both draws?

As I mentioned at the top of this post, grass produces more than its share of dangerous sleepers. Anyone who can stick a serve and a forehand can’t be counted out entirely.

On the men’s side, no one is going to want to see Lopez or Pouille, champions in Queen’s and Stuttgart respectively, on the other side of the net. Milos Raonic reached the final in 2016. Jo-Wilfried Tsonga and Grigor Dimitrov have been to the semis. Stan Wawrinka, champion at the other three majors, is overdue for an out-of-nowhere run at Wimbledon. Nick Kyrgios has been nursing a hip injury, but he has the game to win the title someday. But to me, the most promising—or dangerous, depending on your point of view—of all of them is Marin Cilic. While he squandered a match point against Lopez in the Queen’s final, and squandered more of them against Federer at Wimbledon last year, Cilic has been to the quarters there each of the last three years, and he’s one of the very few dark horses who knows from experience that he can win a Slam.

Among the women, the first question to consider is this: Can a No. 1 player be a dark horse? After failing to win a tournament so far in 2017, and crashing out in the first round at the French Open, Kerber, despite reaching the final here last year, can hardly be considered a good bet to win it all in 2017. But grass always gives her shots a little more oomph, and rewards her tenacious athleticism. Along with Kerber, U.S. sluggers Madison Keys and Coco Vandeweghe, despite recent injuries, would seem to be the players who could turn around recent runs of tough luck on grass.

Which woman will bounce back from the French Open final more quickly?

The title match at Roland Garros between Jelena Ostapenko and Simona Halep was an emotional roller-coaster. The question now is how the result—a stunning comeback win for the 20-year-old Ostapenko; a painful defeat for the world No. 2, Halep—will affect their games and mindsets at Wimbledon. Each has plenty to play for; Halep could take over the No. 1 ranking for the first time, while Ostapenko could establish herself as a long-term Grand Slam threat. But for each of them, bouncing back may prove to be difficult. While Ostapenko is a star in the making, it’s difficult to imagine her reproducing the go-for-broke winners that propelled her in Paris seven more times at Wimbledon. And while Halep was bravely composed in her post-match speech at the French, that’s not a loss many players can recover from right away.

I wouldn’t mind seeing either of them go deep again. The fact that Wimbledon could bring out the best in both the laser-hitting Ostapenko and the speedy Halep is another sign of how good the grass game is these days.