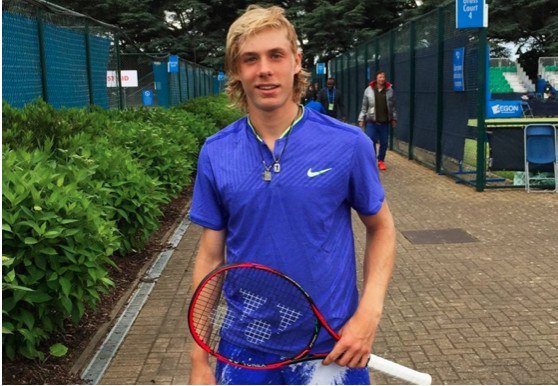 Yonex is proud to announce the signing of 2016 Wimbledon Jr. Champion Denis Shapovalov for the 2017 season. Denis, with a singles ranking of 195* on the ATP Tour, has chosen to play with the VCORE SV 95 racquet and Yonex string.

Denis won the Wimbledon Jr. Boys’ Singles title in 2016 turning professional in the same year. He won this year’s ATP Challenger in Drummondville, Canada, breaking into the Top 200 for the first time reaching a career high ATP rank of 172. The big serving left hander has great promise to become a future star of the ATP Tour with his strong forehand and single handed backhand. Initially recommended by his mother, Denis followed up with players on tour about Yonex. “I asked Yonex players on tour about what they think of the Yonex team and the racquets and all I heard were positive responses. When I tried the frame I instantly fell in love with it,” spoke the young Canadian on his new partnership. After seeing top players such as Steve Johnson, Caroline Garcia, Michael Mmoh, and Angelique Kerber play with the VCORE SV racquet, the Canadian was eager to try it out himself. “It gives me more pop on my serve, better touch on my volleys and more spin on my ground strokes. It’s a very complete racquet.” 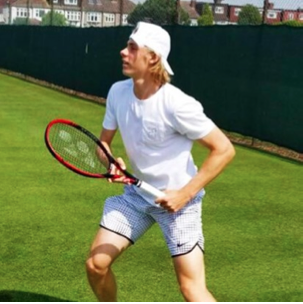 Yonex supports a number of young players including Naomi Osaka (19, Japanese, WTA Ranking No. 62*), and Nick Kyrgios (22, Australian, ATP Ranking No. 20*), who are already well established on the main tour. Along with players like Denis, Yonex will continue to support the success of these young players with ‘original technology’ and the ‘best products’, always aiming to help them evolve their game.