June 8, 2017 (ATLANTA, GA)—Registration for the 100th American Tennis Association National Championships & Centennial Celebration is now open! Tennis enthusiasts ages 8 and up have the opportunity to participate in this historic series of events recognizing the century-long legacy of the American Tennis Association (ATA), which includes the admission of Richard Williams as their first inductee into the ATA Hall of Fame. Tournaments for Juniors (Boys & Girls) and Adults (Men & Women) will be held in Baltimore, Maryland between July 29th and August 5th. Winners of the Men’s & Women’s Open will receive $1,000 and finalists will receive $500. 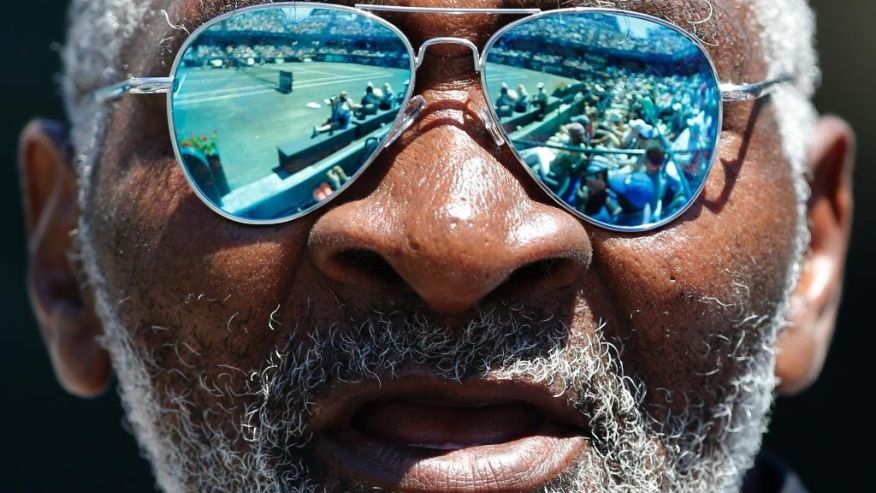 The ATA’s Centennial Celebration marks both the organization’s 100 years of dedication to the African-American tennis community and its title as the oldest African-American Sports Association in the country. Born from the joint tenacity of over a dozen African American tennis clubs in response to the barring of African-Americans from becoming members of the U.S. Lawn Tennis Association, the ATA has successfully serviced thousands of youth and adults who desire to pursue their passion in tennis in light of discrimination and segregation.

“The ATA has had a rich and colorful history and we will be honoring our past while focusing on the strategic plans for the next 100 years for Black Tennis in America,” he includes in his President’s message on the ATA’s home site. “ This is an exciting year and we have many exciting events planned.”

The association plans to continue their work from what will be the ATA Tennis and Education Complex in South Florida. Once built, the complex will consist of offices, a museum, a national training center for youth, and new Hall of Fame. The first of their inductees to the Hall of Fame is Richard Williams, father and coach of the legendary tennis sisters– Venus and Serena Williams.

Williams will be recognized for his success as a coach to his Compton-born daughters, who have received numerous accolades for their successes in the Summer Olympics and Grand Slam tournaments. For about 20 years, the sisters have steadily been credited as top-of-the-line tennis players, with Serena leading as number one. When paired together in double tournaments, the two are practically undefeatable and have won 22 out of 23 titles. Thanks to Richard Williams’ mix of coaching and fatherly advice, the sisters have won over the world with their skills, drive, and dedication to tennis. Williams will be recognized during the ATA’s Centennial Celebration in a tribute presented at the 2017 Honors Gala on August 2nd.

“This year we recognize ATA’s value as a historic organization, and there’s no better way of doing that than to honor a man whose legacy is built upon the propitious parenting and coaching of his two daughters, both of whom have blossomed into top-tier doyens. These successful women have traveled beyond the stars thanks to their instilled determination and training while breaking plenty of barriers along the way. It is for the significance of Richard Williams in Venus and Serena’s athletic prowess and intellectual know-how that we would like to honor him as our first Hall of Famer,” says ATA Education Foundation President and former President of the ATA, Dr. Franklyn Scott.

New this year – All categories 40 and under will play from July 29th – August 1st. These age groups will be played at Druid Hill Park starting on Saturday, July 29th.
Singles play for all other categories will start at 8 am on Monday, July 31st and doubles play will start on Tuesday, August 1st. The tournament is scheduled to end on August 5th, however, depending on the weather and the size of the draw, we may have to play on Sunday, August 6th.

The schedules for the Adult ATA centennial activities are as follows:

Visit www.americantennisassociation.org regularly, for activities are continually being added. Those interested in becoming a part of the ATA’s legacy, by registering for the 2017 Tournament games, can do so on the ATA’s website. Online entries close on July 7th.

MEDIA: To request interviews with Dr. Franklyn Scott regarding the Centennial celebration for ATA then please submit your requests to Monica Easley with Brainchild Associates at measley@brainchildassociates.com or call 678-884-4008 ext. 708.