After nine days of (almost) non-stop action on the Terre Battue, the money rounds are finally upon us. With a major title only three victories away, the pressure ramps up, and even the best are tested.

So far Roland Garros has largely lived up to expectation – chaos on the women’s side, order on the men’s, but in both cases, the end result has been truly remarkable tennis. Whether it’s the crowning of a new champion, or the resurrection of an old, it’s damn sure to be exciting, and further proof of what we already know – there’s nothing like Grand Slam tennis.

Here’s your previews for the first day of quarterfinal action in Paris.

Not just a high-scoring scrabble combination, Mladenovic and Bascinszky can make for some pretty epic tennis too. They’ve played twice before, the first a win for Mladenovic last year in Eastbourne, the second for Bacsinszky this Februrary during the Fed Cup first round, in what was an absolutely bonkers back-and-forth affair that took three hours and seventeen minutes. Neither woman is going to hit the other off the court, but Mladenovic has the slightly stronger groundstrokes and should be the aggressor, but Bascinszky is perfectly at home on the back foot, using a vast array of tricks to change the pace and direction to keep her opponents guessing. Really there’s little to pick between the two, and a resumption of their epic from earlier this year looms large in prospect. 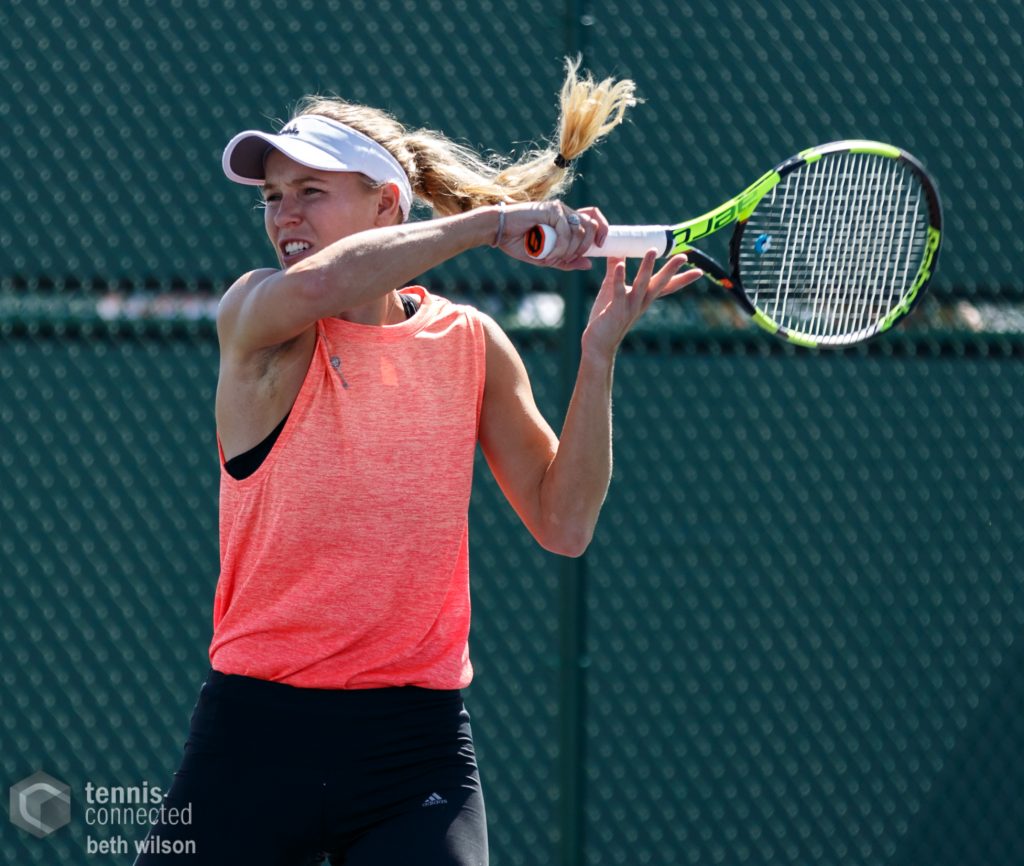 Managing to slip under the radar somewhat in Paris so far, Wozniacki has managed her best performance at a major since 2014, but now comes up against a player who is the definition of a nemesis. The 19-year-old Ostapenko may not have been on the scene for a particularly long time, but she’s already made a habit of besting Wozniacki with three victories over the Dane in the past ten months. If Wozniacki is to turn the tables here, she’s going to need to find a way to keep Ostapenko consistently off balance – something she was able to do for a set in their last meeting in Prague, but mostly spent fending off missiles after the Latvian set-up shop inside the baseline. There’s no denying this is the best Wozniacki has played in quite some time (particularly on clay), but she’s certainly got a hill to climb with this one.

Compatriots and occasional doubles partners Carreno Busta and Nadal will face off for a spot in the semifinals and, well, let’s just say the former may want to get his bags packed. As great as the 25-year-old has played in making his way into his first major quarterfinal, Nadal is every bit the monster he was at his slam-winning peak, if not in complete shotmaking then certainly in ferocity. The way Nadal has bagelled and breadsticked his way through a legitimately competitive draw to this point has been beyond a joke, and with a 3-0 lead on Carreno Busta in the head-to-head, it’s hard to see that changing. Worth watching if not for the odds of a competitive match, then at least to savour Nadal in full flight while we still can.

This is it. All the confounding errors. All the moments of brilliance. All the head shaking. All the weird “giving my boobs to the spectators” celebrations. It all comes to this for Novak Djokovic. He loses here, he’ll be officially without a slam, and the crisis deepens. That said, is Dominic Thiem the man to beat him? He’s had the overall clay season worthy of doing it, but historically Djokovic has owned the Austrian, being winless in five attempts, including a recent 6-0, 6-1 demolition job in the Rome semifinals. Perhaps Thiem was tired from downing Rafa Nadal the day before, but Djokovic had no trouble returning his serve with interest, and was at his seamless best moving from defense to attack. Barring a Djokovic collapse (admittedly, not entirely outside the realm of possibility), Thiem is going to need to play redline tennis, trying to change the direction of rallies quickly and not get stuck in crosscourt exchanges – can he do it? Maybe, but a Djokovic in fifth gear simply won’t let him – whether we get that is another question entirely.