CHICAGO, MAY 18, 2017 – Wilson Sporting Goods Co., announced today the launch of its 2017 Limited Edition (LE) Blade and Burn racket lines, which feature new, highly visible and bold bursts of electric lime green and vibrant orange. These exclusive racket designs were inspired by tennis player feedback that confident, strong colors on a racket is a simple, yet powerful way they can express their individual style on court. Wilson Advisory Staff Members and ATP ranked #7 Kei Nishikori and #10 David Goffin will play with LE Burn and Blade rackets, respectively, on tour this summer. 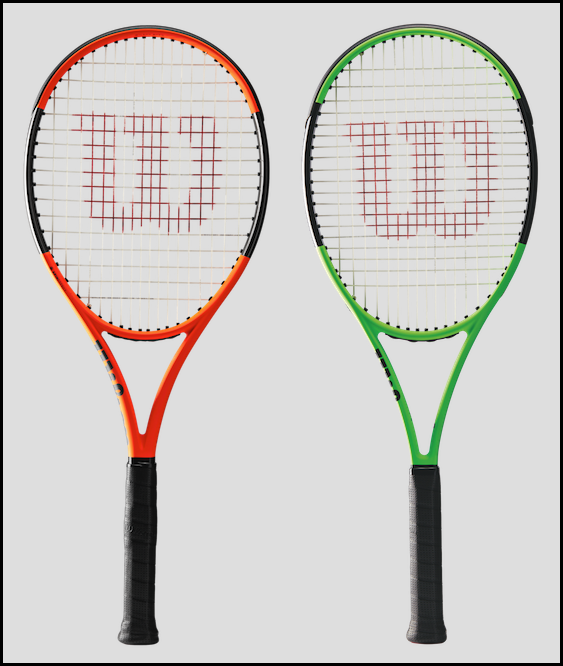 “I love the bright green frame {of the Blade} and how it pops on the tennis court,” said David Goffin. “I’ve had a great season with my Blade so far; it’s a racket that gives me great precision and feel, which is perfect for my game. Now, it has this new cool design element that will make a statement on court and reflect my tenacity as a player.”

“The Burn orange has become my signature color and the boldness, intensity of the Limited Edition Burn really matches my game, “said Kei Nishikori. “This racket looks amazing in action, and I’m looking to get some big wins this year playing with it.”

ABOUT THE 2017 LE BLADE & BURN COLLECTIONS

The 2017 LE Blade and Burn rackets are designed for tennis players who seek to express their individuality on the court. The collections carry forward the brand’s new performance tennis racket design DNA launched in 2016, which features an uncontaminated aesthetic through clean lines, bold colors and matte finishes.

While each of the LE Blade and Burn rackets include the same design specifications and technologies as the existing 2017 Blade and Burn performance racket models, the lime green and orange accents of each frame are now featured as the primary color with black accents at the six and nine o’clock positions.

Two of the Blade and Burn LE models feature Countervail (CV) technology — the Blade 98 (18×20) CV and Burn 100 CV. This technology is a specialized carbon fiber that is layered into the racket frame and works to redirect the ball’s energy within the frame instead of the body. As a result, CV maximizes player energy, reduces muscle fatigue and shortens recovery time.