That’s the best way to sum up my initial reaction to Novak Djokovic’s decision to jettison his longtime coach Marian Vajda, fitness coach Gebhard Phil-Gritsch and physiotherapist Miljan Amanovic. It’s been apparent if not since his erratic finish to the 2016 season, then certainly after the dismal way he has begun 2017 the man is in a slide, but to see him enter what is arguably the most important four weeks of his career without a support team is a dramatic turn indeed.

Between Vajda, Phil-Gritsch and Amanovic, Djokovic has spent the better part of 29-years combined working himself into one of the greatest players in tennis history. It’s unlikely there’s anything about the Serb they don’t know – from his technique and mental approach, to which finger he picks his nose with, and yet clearly Djokovic believes that the team that got him all twelve of his grand slam titles is no longer working for him. He called the move “shock therapy”, and that might be an understatement. 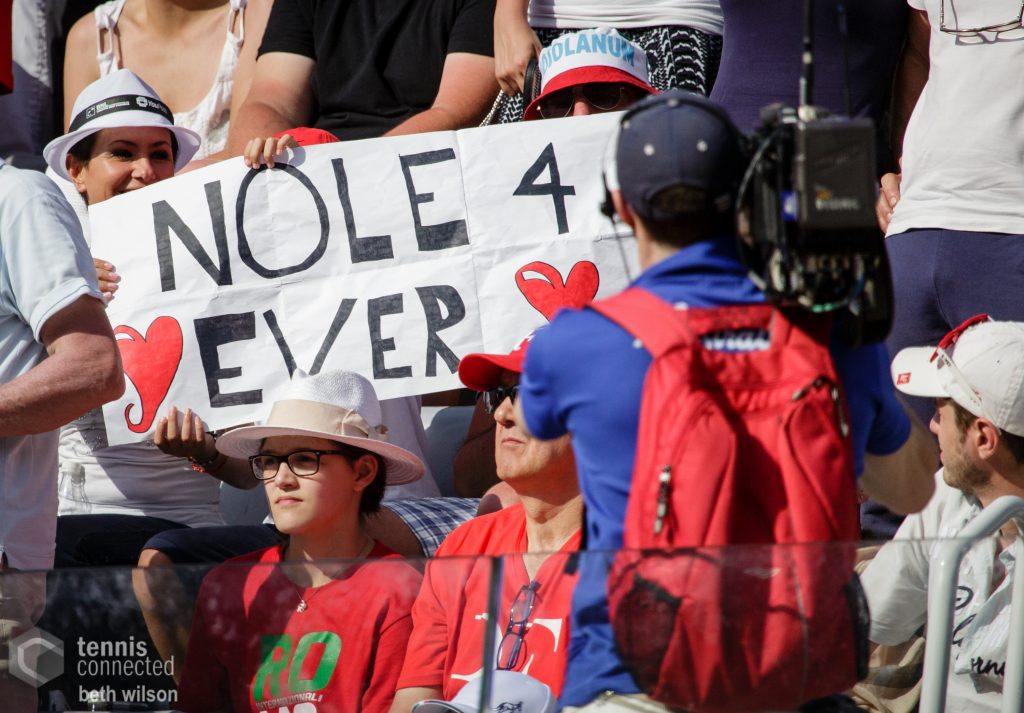 Nevertheless, the tour rolls on, even if he now dives into the deep-end of the clay season with even more question marks, at a time when he really can’t afford to put a foot wrong. His victories in Paris and Madrid, and runner-up finish in Rome last year mean Djokovic is defending 3600 rankings points over the next month, approximately 45% of his 8085 total. If he doesn’t defend say, 2560 of those points (a masters title, a masters semi, and a RG final), not only will the number one ranking get further out of reach, but it will be almost impossible to refute the notion that the sun has set on the prime of his career.

The strange thing is, it’s really hard to tell what is causing this to happen. The familiar narrative of an aging superstar having his body betray him doesn’t quite fit the picture, given he’s already won a title over Andy Murray this year in Doha, and was a finalist as recently as two majors ago at the US Open. Neither September 2016 nor January 2017 were that long ago, he’s just made it seem that way with an erraticism as mystifying as it is frustrating. After all, it’s not like he’s suddenly been getting blown off the court, but the frequency of mini-implosions in matches has exponentially increased, and it’s hard to be the same impenetrable defender and surgical attacker when you’re battling yourself all the time. How not just his coach, but his physio and trainer fit into that I don’t know, but it seems they were given the boot in an attempt to correct that.

Of course, the question now is: who does he turn to? Perhaps it’s Pepe Imaz, the so-called “guru” who preaches peace, love, and telekinesis? The 42-year-old ex-pro first appeared in the Djokovic camp towards the end of 2016 and immediately met with widespread scorn, now he might have the keys to the car. It wouldn’t be that surprising now would it?

In any case, there is some good news for Djokovic. There’s been two main takeaways from the clay season so far – the first being Rafa’s back, but more importantly for Djokovic, no one’s stepped-up to challenge him. With Federer easing back and Murray somewhat less of a threat on clay, a good-not-great Djokovic remains the most likely opponent to face him in a final, and that leaves plenty of room for confidence-boosting wins along the way, should he be able to maintain his focus. In that respect, is having no team better than his old team? A tough question, but Djokovic seems to think so, and one way or another, it’s not going to take long to find out.