Have you missed us?

The same way that the world of tennis took a little hiatus around November/December, we at Tennis Connected went away for a little while. We worked on a few things on our game, so to speak, and while it’s mostly the job of my editor-in-chief to explain it all, what’s certainly apparent is that our site has a new look.

Out with the old, in with the new, and back we go today to what’s become a classic. For every of the previous four years, we’ve started the new tennis season by making a series of outlandish and knowingly silly predictions for what we think might happen. Keep in mind that these are meant to be silly by design; we could say something like, “Serena Williams will be great” but where’s the fun in that? 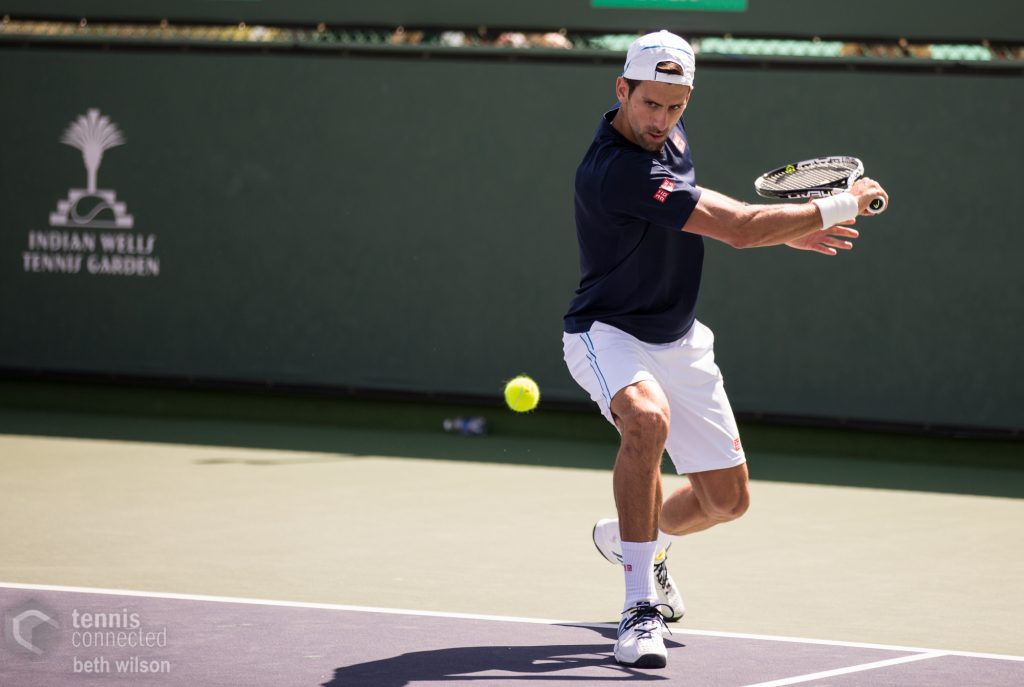 Novak Djokovic overcomes Andy Murray and finishes the year as No. 1

Alright, we know, we mentioned that these would be outlandish predictions, and we start with maybe the most vanilla prediction possible? What gives? Well sometimes, the boy wants to be right too. It’s not exactly a leap to predict that the Serb will finish 2017 as the best player in the world, especially considering that he just beat the current best player in the Doha final, but hey.

HA! Lest we forget, Djokovic has won half of his 12 career Grand Slam titles in the land down under. He’s pretty much set up residency there, having emerged victorious in Australia five times since 2011. So, wonky and outlandish? Sure, that one qualifies.

We’ll keep this prediction relatively generic and unspecific (in order to increase the odds of us being right?) and simply mention that Andy Murray will have a great season, the type of season that guarantees that we’ll remember him for what and who he was more so than the fact that he was the fourth wheel to the top trio of his era.

He wins another Grand Slam title.

Yep, again let’s not specify which title he adds, and we might be proven right. Well then, you ask, how could he lose his grip on No. 1 if he adds a fourth career Grand Slam title?

Alright then, now we’re talking. While not totally outlandish (i.e. Djokovic has won the event all of five times already), this prediction is still quite the leap: how likely is it that for the second year in a row, the year-end No. 1 ranking gets decided at the very last possible match on the ATP calendar?

Nothing more, nothing less. Roger Federer has come back to action and he’ll be fine. He hasn’t won a major title since 2012, so maybe now we’ll recognize that it’s highly unlikely to happen again, and we’ll just accept it and celebrate him for what he was once upon a time?

Rafael Nadal is not.

I guess it depends on your definition of the word? We don’t foresee much excellence in the days and months ahead for the Spaniard, which is to be expected for a 30-year-old who’s played so physically his entire career. Maybe you think Carlos Moya will help him, we don’t.

The journey to get there is sometimes just as fun and important as getting there. And after adding a 23rd career major title…

Simona Halep finishes the year at No. 1.

Oh sure, why not?

Angelique Kerber follows a career season with a surprisingly successful one.

Out of nowhere in 2016, Angelique Kerber took the tennis world by storm and never ever let her grip go. She had always hinted at possibly great things, but had suffered through irregular and perplexing results. Just last year if we forget, she came this close of never winning the 2016 Australian Open, let alone ascending to the top of the WTA rankings.

Petra Kvitova comes back, makes you cry in her first match back with her determination and spirit.

There’s no point in sugarcoating it: what happened to Petra Kvitova is an absolute and complete tragedy and we wish her nothing but the best in her recovery. And if she ever decides to come back, well, “No, YOU have something in your eye.”

It’s time for the young-not-so-young-anymore 26-year-old Canadian to do it. Because we’re awfully close to reaching a point where we’d start wondering if it doesn’t happen now, when would it ever happen.

What does that even mean? I don’t know. Let’s double down on what we predicted a year ago for Bouchard, namely that she’ll settle down as a perfectly fine, middle of the pack WTA pro. That’s still awfully good if you think about it.

Stanislas Wawrinka does not add a title to his mantle in 2017.

Just don’t let him reach a final, because you’re toast if you do. Stanislas Wawrinka, now the foremost Swiss guy on tour, has 15 career singles titles, of which 11 have come since 2014. In that time span, he has lost… one other tournament final. You very well may beat Wawrinka, but aim to do so before the finals.

The great Argentine was the best story of the 2016 season, overcoming yet another bout of injuries and «What if?» to finally string together enough good results to make the 2016 Rio Olympics final and to lead Argentine to the 2016 Davis Cup title. We predict he’ll be back and healthy this year—most of all, we wish so.

Sure, let’s end on this high note.

The Best Tennis Players of All Time