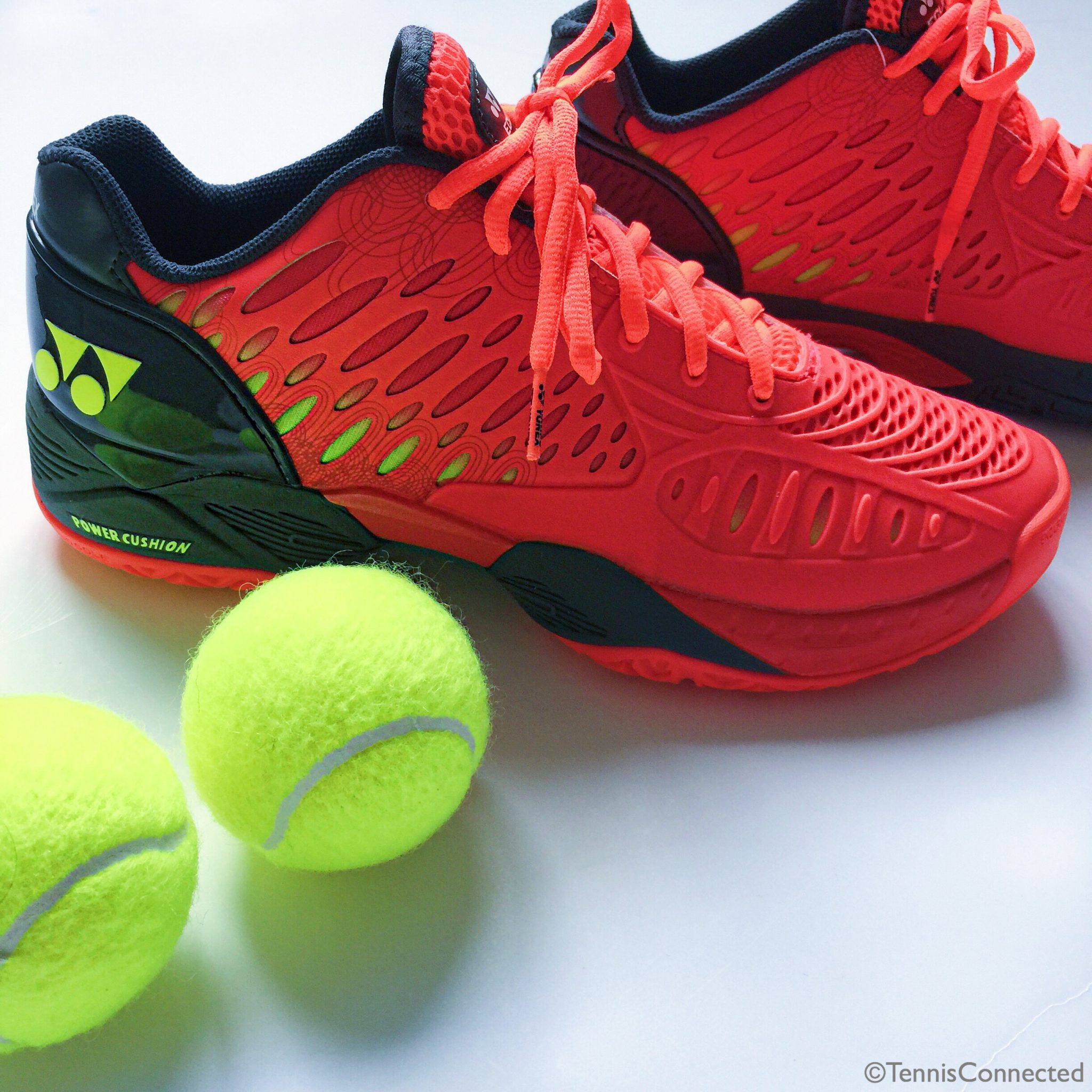 Endorsed by reigning US Open champion Stan Wawrinka, the all-new Yonex Power Cushion Eclipsion tennis shoe brings forth a nice blend of secure comfort and stability on a variety of different court surfaces.

To begin, the Yonex Power Cushion Eclipsion did require a slight break in period, which lasted less than 30 minutes. The shoe does fit true to size and will accommodate a slightly narrower foot. (For players with a slightly wider foot, we do recommend going up half a size.) After the initial break-in period was completed, the plush and responsive Power Cushion technology in the heel region became a considerable positive. Exploding to approach shots at the net was achieved in effortless fashion, while lateral movement along the baseline was executed with confidence and ease.

Players with a slightly higher arch will respond well to the latest version of the Power Cushion Eclipsion, as the shoe does in fact feature a slightly higher arch on the inner side of the foot. We would have liked a bit more cushioning toward the forefoot section of the shoe, but the durability provided by the Guard Durable Skin technology allowed for security on a variety of different court movements.

For a performance shoe that weighed in at 14.2 ounces, the Power Cushion Eclipsion did not feel in anyway bulky or restrictive after long rallies or grueling drills. The Endurance Rubber outsole and modified herringbone tread pattern provided superb traction on both clay and hard-courts. In fact, with recovery being such a high priority in today’s game, we found the Power Cushion Eclipsion to provide great traction on wide shots hit on both clay and hard-courts.

The midsole of this shoe also proved to be supportive under pressure, due in large part to the Power Cushion technology that also provided a plush, responsive feel in the heel region.

Featured in a striking red, black and yellow colour way, the Power Cushion Eclipsion is a dynamite choice for the competitive junior or avid adult player looking to log in countless hours on court.

Taking Stan the man Wawrinka to this third Major in the last three years, the Yonex Power Cushion Eclipsion is must-try for any serious player this fall/winter.