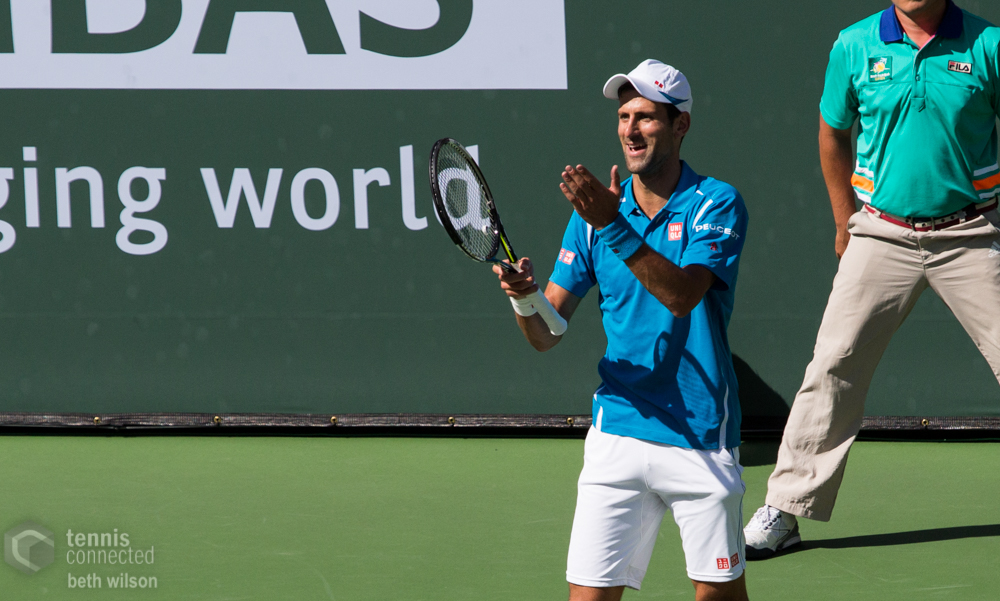 Welcome to Tennis Elbow, the column that looks back on the week that was in the world of tennis. This week, Charles Blouin-Gascon previews the 2016 BNP Paribas Masters.

You read this on Halloween Day but you’ll have to excuse tennis fans for thinking this feels entirely more similar to Christmas.

Because here we are in Paris for the very final Masters 1000 of the 2016 season on the ATP World Tour, and it just so happens that the final two spots for the 2016 Barclays ATP World Tour Finals will be decided at this final tournament on the tennis calendar. Instead of trick-or-treating, we’ll all be treated to high stakes tennis between the world’s greatest athletes. Who says no, right?

As many as seven players can make their claim at one of these two tickets for London depending on things unfold in Paris—and if you thought this was high, you should have seen on Friday, when the tally was at 10. Right now, Dominic Thiem and Marin Cilic may be ahead of the others in this quest but nothing’s guaranteed yet; and both must reach the Paris final to guarantee their place in London, only they’re stuck in the same half of the draw here so at most, one place will be guaranteed.

Oh and did we mention that the year-end World No. 1 could be decided too, between Andy Murray and Novak Djokovic? Basically: Murray gets it if he wins the Paris title and Djokovic doesn’t reach the final, or if he reaches the final and Djokovic loses before the semifinals; Djokovic, meanwhile, gets it if he wins Paris and Murray loses before the semifinals.

Considering the stakes, this final Masters 1000 of the 2016 season shouldn’t disappoint. Let’s have a look at the main draw.

It’s funny how perceptions work, right? In 2016, Novak Djokovic still only has 7 losses, already has 7 titles including two Grand Slam tournaments, and has completed the career Grand Slam, while reaching the final of another Grand Slam. For basically everyone but a handful of his colleagues, this 2016 season would be the highlight of a career. But if you’re Djokovic, and you’ve accustomed your fans and the tennis community at consistently superlative results, then mere excellence appears disappointing. That goes double if the lead you had built over times atop the ATP rankings is now down to a few peanuts because one other player is scorching hot. The Serb should be fine. Even if he may not finish the year as the No. 1 player.

The second section of the draw might be the most difficult to predict, as quite a number of players can make their claim as being the ones at the peak of their powers. We’ll go with the favourite, Stanislas Wawrinka, and the one who has the most to play for, Dominic Thiem.

Then, the third section belongs to…Milos Raonic I guess? The Canadian is technically the favourite here but he really hasn’t played that well recently. Instead, we’ll give the nod to Kei Nishikori and Benoit Paire because we must pick two among the group to make it to the quarterfinals.

All eyes, in the final section as well as perhaps the entire main draw, will be on Murray. The Brit, you see, has been on quite a bit of a run lately, so much so that he’s basically ready to overtake Djokovic at World No. 1. Part of the reason has been the fact that Murray barely played at all after the US Open in 2015, so all points he wins these days goes directly to his tally. But that would be overlooking how great the 29-year-old has played since the summer because he’s barely lost since the French Open. There’s no one on his level right now; we don’t see this changing soon.