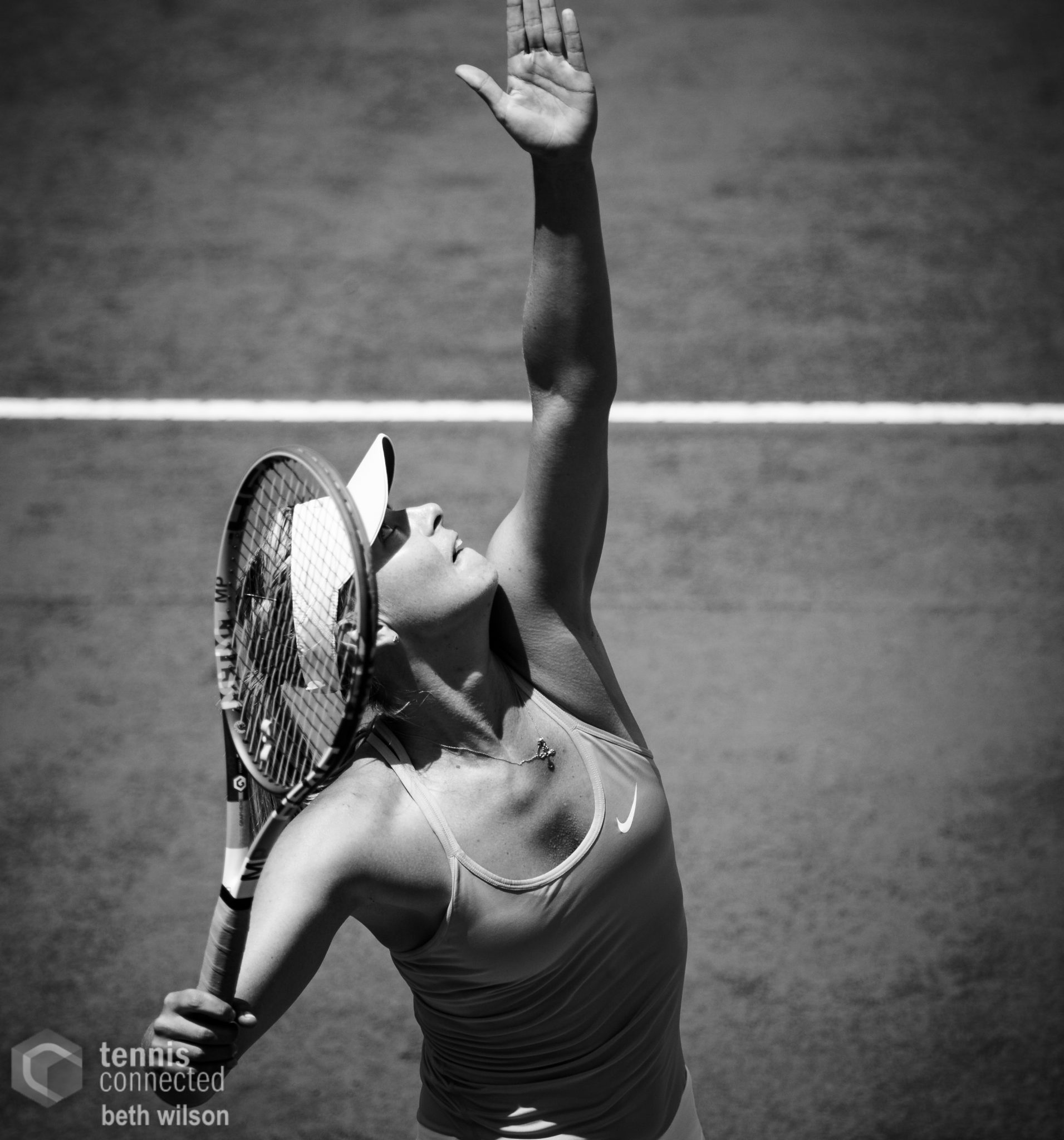 Welcome to Tennis Elbow, the column that looks back on the week that was in the world of tennis. This week, Charles Blouin-Gascon discusses the latest in the Maria Sharapova doping saga.

Alright, she actually isn’t and remains suspended for some time, but it seems like we might have just heard the last of things in this saga, at least for the time being.

A week ago in the lead-up to the 2016 Shanghai Rolex Masters, we had all learned that Sharapova’s punishment and ban for a positive test for Meldonium had been reduced from 24 to 15 months by the Court of Arbitration for Sport. It’s like the CAS had looked at the International Tennis Federation’s decision and said, “Hmm not quite.”

The CAS, if you recall, is that organization you had no idea existed until a few days ago and that is actually the highest ranking authority in sports. Its decision is final on the matter, too: Sharapova will come back to tennis, if she wants to, in late April 2017.

In our write up last week, we had asked that this decision only lent itself to a few more questions, so let’s run through some of them.

Well Sharapova is eligible to come back to action, if she so chooses.

Why the need to include that “If…” in there. Is it not a given? Will Sharapova even come back?

We know nothing that you don’t as well so we’re only guessing here. But nothing about Sharapova’s actions and reactions, ever since this whole thing started, seems to hint at her not coming back.

When the news broke about her positive drug test, she went ahead and scheduled a press conference; it seemed she wanted to jump ahead of the story. Now that she’s been (somewhat) exonerated, the Russian has gone on the offensive against World Anti-Doping Agency and the ITF. That’s not someone who thinks of retiring.

Maria Sharapova says ITF, WADA may have targeted her with suspension https://t.co/RN5B8tiiBt

Targeted? Is she kidding us??

She isn’t, but for now let’s backtrack a little.

The reason why WADA and the ITF, if you recall, had decided to suspend Sharapova for two years was a positive drug test for meldonium. The substance, maybe you remember, had been deemed fine to use until January 1, 2016. Meldonium was added to the WADA watch list last year, and Sharapova apparently tested positive for it five times in 2015 but, like, who cares because it wasn’t illegal then?

What I mean is that there are quite a few problems with WADA, as it came upon this positive test of Sharapova during the Australian Open. Namely, the agency had no idea just how long meldonium could stay in the human body.

Right, I remember that. You already explained it.

I sure did, right here.

Well sure, what should we expect from the Russian once she comes back?

Aren’t you in luck, because the folks at ESPN wrote here about the daunting challenge facing the player and here about what our expectations should be. It’s pretty interesting and, like, basically is the one thing related to actual tennis in this whole saga.

You don’t seem in a hurry to discuss this.

Well, then. Anything else?

Well you see, I don’t really see what the big deal is in this entire doping saga. I suppose that Sharapova indeed has broken the rules, and should be punished for this (as she has been already), but maybe there’s a bigger picture here.

Maybe it’s not necessarily that different to inject meldonium in your body than to replace a torn ligament in your elbow with a tendon from elsewhere in your body. If you’re enhancing your performance, you’re enhancing your performance and that should be that. But of course, we treat one behaviour as entirely natural while another as illegal and morally reprehensible.

It almost surely will, but I don’t believe it should. It seems like all of us are still studying meldonium and the ways through which the substance may have performance-enhancing qualities; Sharapova’s legacy may suffer if we ultimately find out that the drug does enhance one’s performance in some major capacity.

Oh damn right. And yet, plenty won’t care about that caveat and have made up their mind already. Sharapova tested positive and, despite all the problems that come with it, that will be that in the eyes of many.