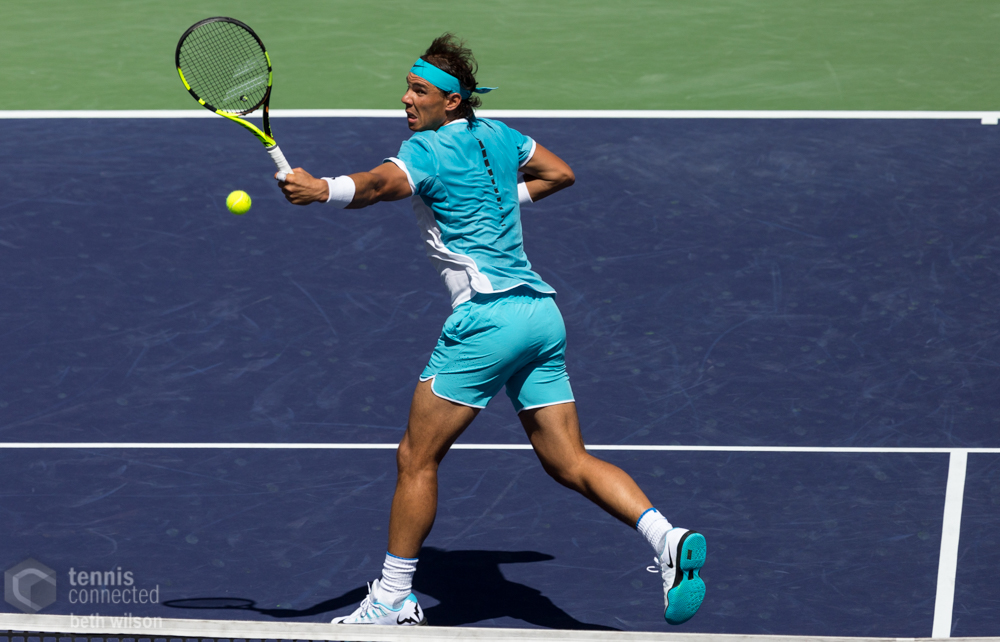 Welcome to Tennis Elbow, the column that looks back on the week that was in the world of tennis. This week, Charles Blouin-Gascon previews the 2016 China Open.

Indeed, every year the tennis world descends on the Chinese metropolis for the China Open, a Masters 500 on the ATP World Tour calendar but a Premier (and mandatory) event on the WTA Tour; a main draw with 32 men competing and 60 women (+4 first-round byes); and, ultimately, with $4,164,780 in prize money for men and $5,424,394 for women.

Because it is a combined event, it is the biggest stop of the annual Asian swing. Welcome to China.

On the women’s side, there are four first-round byes that have gone to Dominika Cibulkova, Simona Halep, Svetlana Kuznetsova and Petra Kvitova—or the 10th, fourth, ninth and 14th seeds. While Serena Williams isn’t there, this is still a fairly loaded main draw.

A fitting end to the Cinderella 2016 season of Angelique Kerber would be to do well, very well, here at the China Open as well as next in Singapore. It would be a tidy and perfect ending, so that’s exactly what we’ll predict will happen. Maybe you haven’t noticed, but Caroline Wozniacki has strung together a nice little run, having made the semifinals at the US Open, then winning in Tokyo and making the third round of the Wuhan Open. The third section of the draw, meanwhile, is anyone’s. The big name, of course, is Simona Halep and I feel a bit more confident in predicting great things for the Romanian after seeing her make the semifinals last week. Finally, we’ll go out and mention that Madison Keys is currently the odd one out in the race toward Singapore for the WTA Finals, coming in at ninth. A quarterfinal here would help her.

How will this year’s tournament compare to last year’s?

On the men’s side, the main draw is fairly wide-open, both for the fact that this is a Masters 500 event and that there are quite a few notable injuries with the absence of Novak Djokovic and Roger Federer. And because there are so few contestants, all anyone needs is a win or two to find themselves in the quarterfinals.

That said, while we do see a few surprising names making it all the way to the Final 8, we actually expect the bigger names and mainstays to prevail once there. This is to say that we’ll give Guillermo Garcia-Lopez a win over his countryman Roberto Batista Agut, but overtaking Andy Murray would be too tall an order. Likewise, we’ll give David Ferrer the benefit of the doubt and give him one last stand, downing Jack Sock in the quarters. We’re not quite sure what to make of the third section of the draw, which is to say that we’ll say that the two favourites will emerge unscathed. Finally, Rafael Nadal has basically always beaten Roger Federer and we choose to believe he wouldn’t any more problems against Grigor «Baby Fed» Dimitrov.

The real question: will we get a more entertaining final than last season’s?