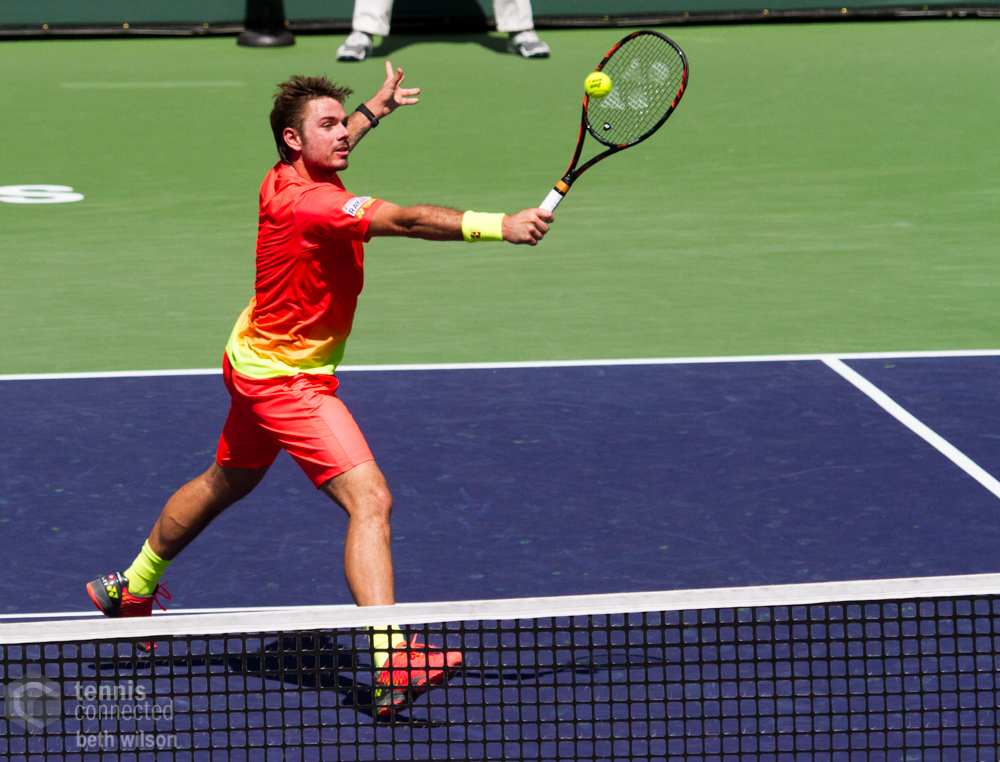 The 2016 US Open men’s final will feature Novak Djokovic vs. Stan Wawrinka. Djokovic has breezed into his seventh final in NYC, losing two sets along the way but only playing three complete matches. His semifinal against Gael Monfils did pose some relative struggles, but that was much more in the way of the heat and humidity than his opponent. In stark contrast, Wawrinka has clawed tooth and nail to reach his third Major final. Taking out former top tenner Fernando Verdasco in the opening round, Wawrinka also defeated the likes of former winner Juan Martin del Potro and former finalist Kei Nishikori, while saving a match point against Dan Evans in the third round. To say that Wawrinka is primed and ready for the finals would be accurate, while suggesting that Djokovic hasn’t been tested and could be under matched is also accurate.

With the table set for Sunday’s finale, let’s take a look at how it could play out.

If their H2H is any indication, Djokovic should walk away with Sunday’s title in Queens in comfortable fashion. But when you dig deeper through the 24 lines of their previous matches, you’ll notice that all of their encounters that have meant the most, have been extremely tight. Let’s first begin with Wawrinka’s victory at Roland Garros last year over Djokovic in four sets, which followed his five set victory over Nole in the 2014 Australian Open quarterfinal, a tournament which Wawrinka also won. The two have played in New York before—another five setter in 2013, won by Djokovic).

Simply put, these two match up well and that’s why their biggest matches have been good ones. Now, as we head into Sunday’s contest, here’s how it could unfold: Djokovic will clearly be the fresher of the two, but may not have the same feel for his shots like Wawrinka will have. If Stan can get through the first 90 minutes of the match with a lead, then I believe that he is in good shape to take the title. As I’ve mentioned in previous posts, I took Wawrinka to win this title, and I’ll stick with that pick. I believe that Stan is one of the only players in the world that can truly hurt Djokovic off of every single shot. With the court in NYC playing slower this year (similar to Australia), Wawrinka will feel right at home against Djokovic’s baseline attack. That said, Djokovic is the best player in the world for a reason. He finds ways to win and has gained the experience to deal with almost every situation. The only way to really shut down the Serb is to take the racket out of his hand. Wawrinka can certainly do that.

Judging by Sunday’s forecast, it’s set to be another hot one. That should favor Wawrinka because of his overall strength and power. To conclude, Djokovic is the better mover of the two, while Wawrinka holds the power quotient. I’m a firm believer that power, when played the right way will defeat foot speed in the modern game. That’s exactly how Wawrinka defeated Djokovic along the way to his two Grand Slam titles, and that’s exactly how he’ll do it again on Sunday. Although five sets would be great to see, look for Wawrinka to capture his third career Major over Djokovic in four sets.