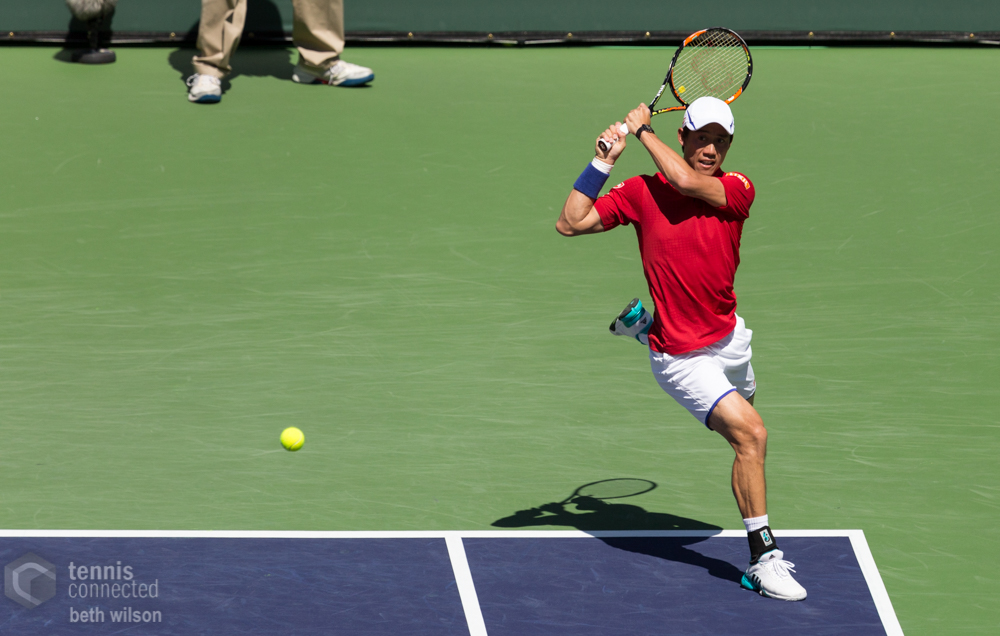 Andy Murray’s sensational summer has come to an end at the hands of Kei Nishikori. The Japanese star weathered a slow start to upset the No. 2 seed at the US Open on Tuesday. With Murray out of the way, Novak Djokoivc becomes the undisputed favorite for the title, but he will have to get past the likes of Gael Monfils and either Stan Wawrinka or Nishikori to win his 13th Major.

Will the Serb be the last man standing on Sunday after the final Grand Slam of the season? Let’s have a look at how it will all likely unfold.

Never losing to Monfils in 12 previous meetings, Djokovic certainly does know a thing or two about how to defeat the Frenchman. Playing only two complete matches in his first five rounds, Djokovic will certainly be fresh when he takes on Gael, but one wonders what his match toughness will be like against a player that hasn’t lost a set in his first five (completed) matches? The bottom line here is that Djokovic should not lose this match. He knows how to play Monfils and outlast him from the baseline. Much like the rest of players on Tour, the only real way to defeat Novak is the overpower him. Monfils does have more power and more athleticism than Djokovic but he has historically lacked the consistency and discipline from the back of the court. That said, Monfils has been a new man in 2016 and this could be about as good a chance as ever to finally get a win over Djokovic and make his first Grand Slam final. I could see this contest going five sets but you have to think that when it really matters, Djokovic will figure out a way to get through this match and be one of the two players vying for the title on Sunday. Winner: Djokovic in five sets.

If history is any indicator as to how this one will unfold, Wawrinka is due for a win after Nishikori won their previous encounter at the Rogers Cup this summer. As many of you know out there who follow us on Twitter and listen to our Podcast, I picked Wawrinka to win this event and will continue to stay with that pick. When looking at the pair’s last three meetings dating back to the 2014 US Open quarterfinal, there has been a trend of tight matches and sets throughout. It’s clear that if Wawrinka is in full tilt, then he should win this contest via his sheer power and shot placement. However, in the same mode as a Djokovic, Nishikori’s steady play and drop shots could very easily off set Wawrinka and send him packing.

Finally, an emotional victory over Andy Murray should have Nishikori slightly fatigued both mentally and physically. My overall thoughts toward this match are that Wawrinka is a big match player and won’t let a chance at reaching his first US Open final slip away. Nishikori will fight until the bitter end, but Wawrinka’s shot-making and the great coaching of Magnus Norman should take him over the finish line. Wawrinka in five sets.