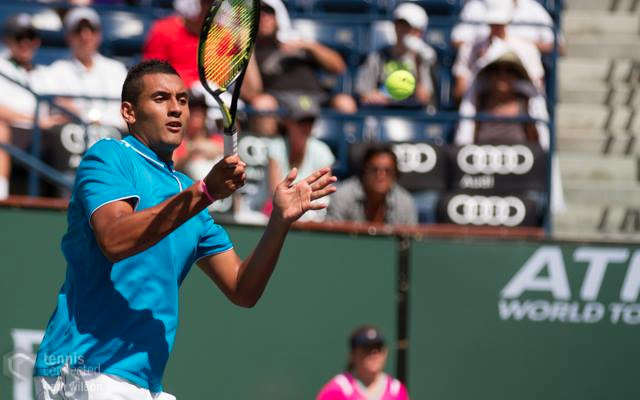 Welcome to Tennis Elbow, the column that looks back on the week that was in the world of tennis. This week, Charles Blouin-Gascon previews the 2016 US Open.

They say you should find something you love and you’ll never have to work a day in your life.

In all reality that’s entirely false, but that’s a debate for another day. Let’s roll with it for now—because if this is the case, then that must be why, the naysayers will say, Australian Nick Kyrgios is so miserable.

Kyrgios, still only 21 years old and currently the 16th best tennis player in the world, doesn’t love tennis. And he’s okay with that, otherwise he wouldn’t admit it to The New York Times Magazine. “I don’t love this sport,” Kyrgios told reporter Michael Steinberger for what turned out to be quite the profile on the eve of the 2016 US Open.

If all the info in the article is true, and we don’t have any reason to doubt that it is, then we may as well appreciate the Australian while he still plays—because he’ll be long gone by the time he’s 27, leaving tennis behind for whichever activity might have piqued his interest by then.

It would be basketball, most likely, because for Kyrgios basketball is the first love. It’s the sport he’s played the most growing up, and it’s the sport he plays when he organizes pick-up games on the ATP World Tour at tournaments with fellow players.

But that’s not what makes Kyrgios the most interesting man in tennis. Rather, it’s the fact that tennis just may well need him more than he needs the sport.

Let me be the umpteenth person to say this, but tennis has been especially spoiled over the past 12 or 13 years, with the presence of Roger Federer, Rafael Nadal, Novak Djokovic and, sure I’ll throw Andy Murray in there as well. The four have been incredible champions and, especially the first two though really all four, perfect ambassadors for the sport.

Only now, the Swiss King appears about ready to call it quits at age 35, and Nadal hasn’t been the same for three years; Djokovic and Murray are still here, but for how long? And anyway, tennis hasn’t always been the kindest toward the pair, never quite forgetting either for the sin of not being Federer or Nadal.

All of this to say that the golden era of tennis is basically and the sport now has to ask how it might sell itself after the departure of the Fantastic Four.

Enter Nick Kyrgios, the sport’s resident bad boy. Everyone loves a villain, and it’s a role the Australian has willingly played in the past. (Incidents at the 2015 Roger Cup and the 2016 Wimbledon jump to mind here.)

But to be a good villain, you have to win, win often and win big—and we’re not sure Kyrgios is up for it. If he really intends to quit tennis at 27, then he only has six years left to grow into the force he could be; Kyrgios is already polarizing but imagine if he had a Wimbledon title or three to his name.

Ultimately, Kyrgios may be good for the sport because he may force it to come eye-to-eye with its own vision of itself as, and I’m caricaturing here, all that is Holy and Good in this world. A true tennis champion is a gentleman who respects opponents, respects the game, tries his damn hardest at every stop but especially at Wimbledon, and who eats, breathes and sleeps tennis all the time.

And if someone hopes to be great and doesn’t do that, then there must be something wrong with him or her—or so says that ideal.

But maybe it’s asking the wrong question. Maybe a tennis player who likes to thrive in all facets of his or her life as well as the sport she plays for a living, and who recognizes how gifted he or she is for making a living in such a way, maybe that should be the ideal that all players strive for.

The Kyrgios who doesn’t practice more than four times a week, or stops practicing if/when he doesn’t have any more YONEX racquets ready, who plays video games before a Wimbledon match, or who doesn’t compete “hard enough” at Wimbledon in the eyes of McEnroe.

That Kyrgios is an outcast in tennis. Maybe that’s the point.