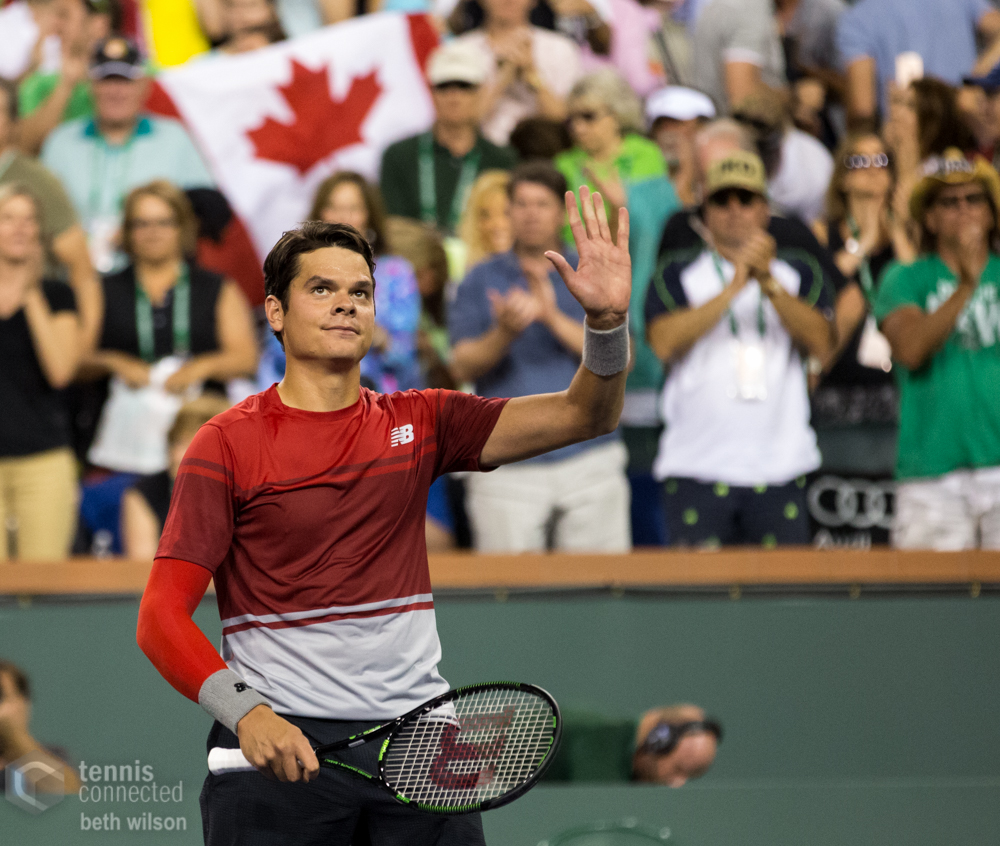 After a day which featured Steve Johnson fighting off seven match points to advance to round two, Juan Martin del Potro lighting up Armstrong in his volt outfit and Serena Williams using compression sleeves to motor past Ekaterina Makarova, Day 3 should provide the same type of excitement for the thousands of fans in attendance.

Let’s have a look at three must see matches on Day 3 at the US Open.

It wasn’t too long ago that these two players appeared on the seen as youngsters headed for top Tour glory. Both possessing big serves and a hunger for success; both acting about as professional as possible. However, as we all know by now, Raonic’s career has been far more impressive, while Harrison has been doing everything he can just to return to the top 100. Ryan has been playing with renewed vigour this summer and that could pose problems for Raonic’s potent game. That said, Raonic is still the class player in this match up and should advance in four sets. For Harrison to really push for a victory, he’s going to have to serve lights out.

Two expressive personalities will clash on Court 17 to open up proceedings on Day 3. With both women looking to impose their baseline games early, I’d say that Bencic has a little more gusto from the back of the court to prevail in this one. The equalizer on both sides of the net will be that neither player possesses a big serve. There will be many breaks in this one, but I believe that Bencic has just a little more firepower from the back of the court than Petkovic. However, Andrea will do everything in her power to progress to round 3 and that should take this match into three tough sets. Winner: Bencic.

Two shotmakers on the “old” Grandstand is just what the New York crowd loves to see. With Paire leading the pairs head-to-head 2-1, it will be interesting to see how this contest of better backhands develops. Baghdatis, who also favours his backhand to his forehand, but does have a much better forehand than Paire. That said, Benoit has incredible feel for the ball and if he’s in the “mood,” then he should win this match. Holding perhaps the best two-handed backhand on Tour in terms of sheer power, Paire is an extremely talented player but his will to win has always been in question. I’d like to see five sets here but something tells me that Marcos sneaks into round 3 with a four set victory.