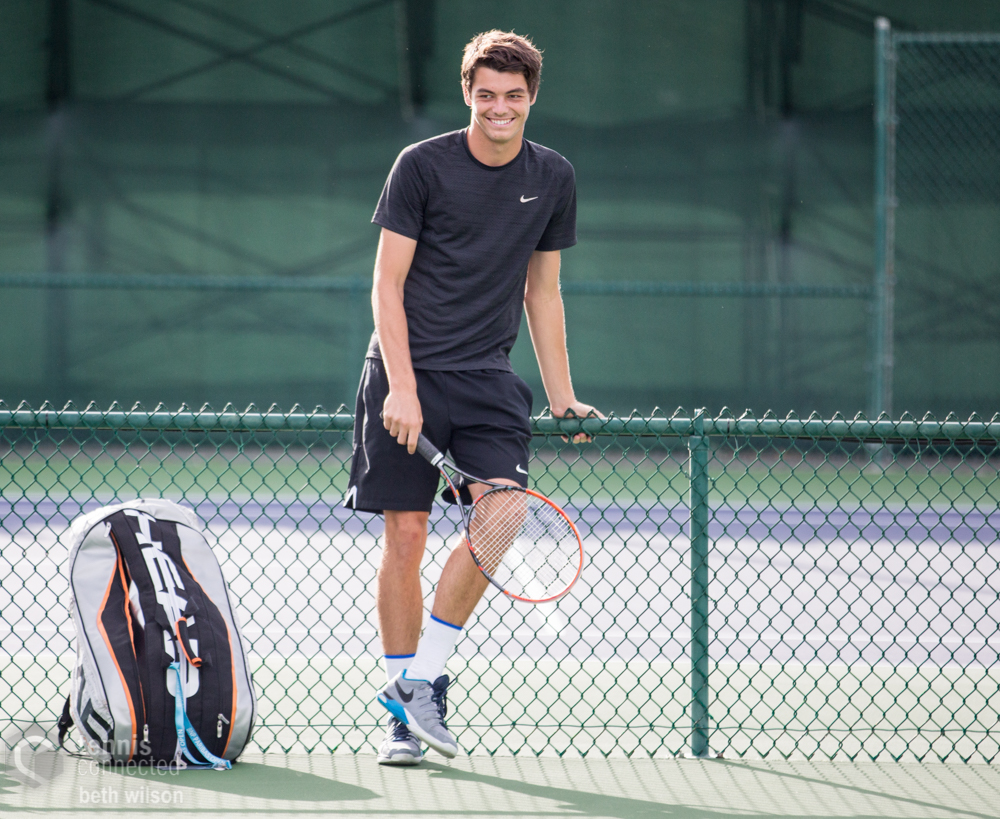 Welcome to Tennis Elbow, the column that looks back on the week that was in the world of tennis. This week, Charles Blouin-Gascon previews the 2016 US Open.

Here we are, at long last.

The Big One in the Big Apple, the 2016 US Open live from New York City. (It’s really more Flushing Meadows, but we’re willing to overlook the small difference here. New York is New York.)

Every year, the situation is the same, with the tennis season building and building to a crescendo, until the end of summer for the big show at ground zero of the United States Tennis Association and the US Open. The US Open.

The United States throw the tennis world’s biggest party and this much is evident, as we find in New York the biggest stadiums, the biggest crowds, the rowdiest atmosphere and just, generally, the most most everything.

In lieu of previewing the main draw for both men and women (something my colleague Tom Cochrane has already done), I’ll take a look at a few North American players who will be looking for a few statement wins over the next few days.

Milos Raonic. The Canadian now sits at No. 6 on the ATP World Tour rankings, but he should overtake Rafael Nadal, who hasn’t played really well, or been healthy, in a few years, at any point now. Milos Raonic has had himself quite a summer, making the Wimbledon final, the Rogers Cup quarterfinals and the Western & Southern Open semifinals. Raonic, now 25, could be next in line behind Novak Djokovic and Andy Murray if Roger Federer, Nadal and others are indeed as done as they’ve recently shown themselves to be. It’s not a coincidence Raonic’s name is third in the singles race this year.

Taylor Fritz. If American men’s tennis has a face, it’s that of the 18-year-old from California. Taylor Fritz has been seen as the next American men in line, after a long listless period, for about a year, and he’s shown quite a lot of promise. In his rookie season, Fritz has 12 wins in 28 matches and over $350,000 in prize money. He qualified for the Australian Open main draw, made the Memphis Open final and the BB&T Atlanta Open quarterfinals. He has spent quite some time on the Challenger circuit, but it doesn’t matter for now; at only 18, he’s already ranked at No. 54. Fritz will likely lose in the first round against 26th-seed Jack Sock, but that’s a match I wouldn’t want to miss.

Serena Williams. The American needs no introduction, but she might have received a little smudge of extra motivation as her No. 1 ranking was threatened in recent time due to Angelique Kerber’s excellent 2016 season. But on top of the rankings, Serena Williams has remained, inching closer and closer to Steffi Graf’s record for most consecutive weeks at No. 1 with 186. With a win in Flushing Meadows, the American would move past Graf for the most Grand Slam titles in history. How’s that for motivation?

Eugenie Bouchard. You may not recall, but the Canadian had quite the 2015 US Open last year. Eugenie Bouchard made the fourth round, for one thing, which was about four extra rounds than most had expected; she was playing good, better than she had in about a year, but then she withdrew from her match against Roberta Vinci. The reason? A fall in the players’ dressing room that occurred under odd circumstances. Fast forward to a year later and Bouchard is back in New York. She has a lawsuit pending against the USTA, so expect quite a bit of awkwardness at every turn.