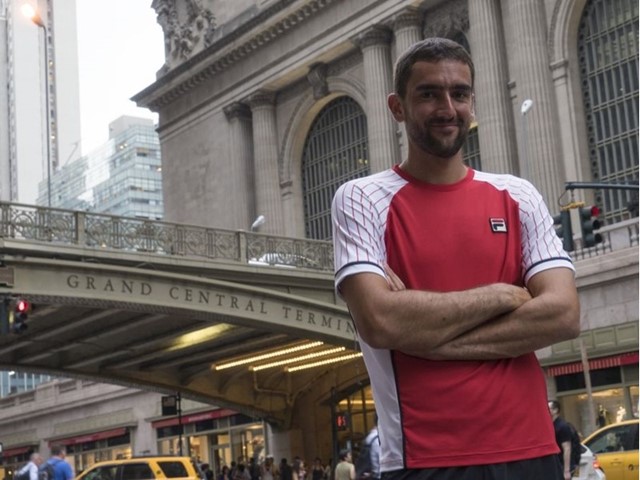 “We are excited to welcome Marin back to FILA,” said Gene Yoon, Global Chairman at FILA. “Reuniting with a champion like Marin reinforces our commitment to tennis as a key category. We have known Marin for many years and we are completely aligned in our core values of hard work, team spirit and family. We are delighted to have Marin wearing our brand again and we look forward to supporting his efforts to rise to the very top of the sport.”

Cilic, 27, is the #9 ranked player on the ATP World Tour. He turned pro in 2005 and has garnered 15 ATP singles titles. Cilic achieved a career-high ranking of #8 in 2014, following his US Open win. Recently, he captured the men’s singles title at the 2016 Western & Southern Open in Cincinnati.

“I am so happy to rejoin the FILA family,” said Marin Cilic. “I spent many years at the beginning of my career with FILA and I had such a nice relationship with the brand. It started when I was 16 and in the second week of my partnership with FILA, I won the French Open junior title. It was already a big sign of a successful and beautiful relationship. We’ve been apart for the past few years, but I could not be more thrilled to be back with FILA just in time for the US Open. I’m honored to join a team of players that are not only great ambassadors of FILA, but of tennis as well.”

As part of the multiyear partnership, Cilic will debut the FILA Heritage collection on-court in New York City, the site of his Grand Slam victory. FILA is also working to transition Cilic into the company’s new Cage Delirium performance tennis shoe.

Cilic continued, “On the tennis court, I’m looking forward to wearing FILA. I’m the kind of player that likes to showcase a classy and elegant style and that’s also the kind of tennis that I try to play. Combining those qualities with FILA’s Heritage line is an ideal match.”

FILA has a long and distinguished history in the world of tennis that continues with endorsements of ATP World Tour and WTA Tour athletes. FILA is a sponsor of the BNP Paribas Open, the Hall of Fame Tennis Championships and the Junior Orange Bowl International Tennis Championship. In addition to event partnerships, FILA is an official supplier to Tennis Canada, Junior Tennis Champions Center, Van der Meer Tennis, John Newcombe Tennis Ranch, and the Kim Clijsters Academy in Belgium.

The FILA® brand was established over a century ago by the FILA brothers of Biella, Italy. FILA® is now a leading sport and leisure footwear and apparel brand that is distributed worldwide. FILA has achieved world-class recognition in tennis by marketing high design and style content products that are endorsed by professional athletes from around the world.