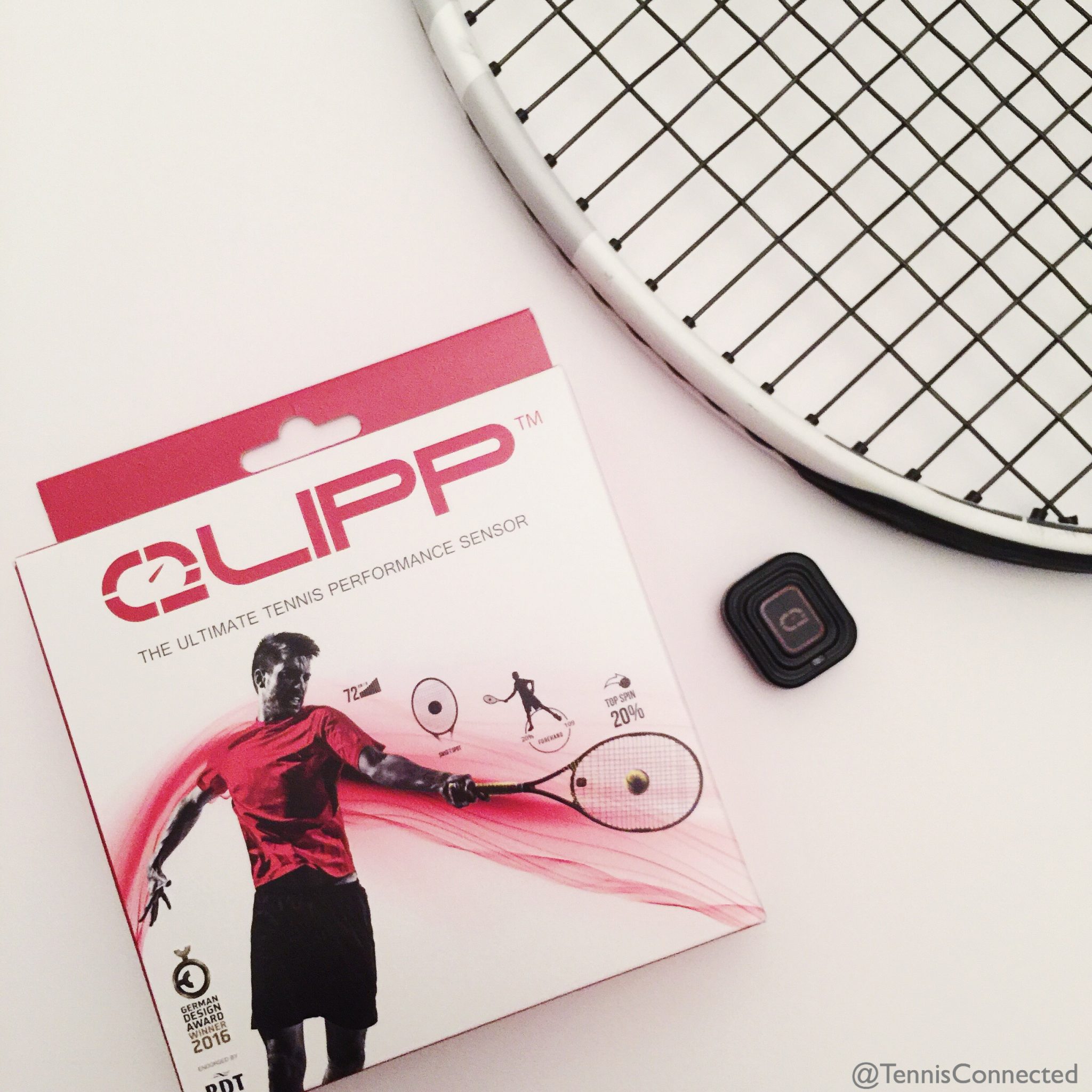 The evolution of modern day tennis has been brought forth by many advancements in technology. None may be greater than the recent influx of tennis sensors, which have been created to provide instant feedback to a player’s stroke and ultimately improve their level of play.

Set to give the all-new QLIPP Tennis Sensor a try, we were initially impressed by the user friendly app and the ease in which the device clipped into our rackets. It’s really as easy as QLIPP and go.

Once the sensor was in place and turned on, the fun really began. From determining the sweet spot of our strokes, to how much topspin our forehands were generating, the feedback that the device provided was both easy to analyze and useful. From a coaching perspective, I could see how this device would be fun for recreational players to use on a daily basis—both to enhance their games and give them that added incentive to get out on court and practice regularly. However, it was also clear that after our first session that the QLIPP device would also be beneficial to advanced and tournament level players.

Having the ability to see how fast serves were hit will help any player that is looking to compete, and the use of the video analysis also provided “real-time” feedback that will undoubtedly aid players in the heat of the moment. Although it is also helpful to analyze stroke and point production after a match or training session, there are certainly countless benefits to breaking down the positives and negatives of a stroke or shot-selection right after it has taken place.

Other features of the QLIPP are its ability to view previous sessions and their results; ranking your strengths against other players in the QLIPP community and finally charting your progress on the APP.

All in all, the real time feedback of the QLIPP and the ability to provide serve and stroke speeds put this device at the top of its class. To get your QLIPP device today, check them out at the following link: QLIPP website.

Nima Naderi is the Editor in Chief of TennisConnected.com. He is also an award winning coach with the PTR and has over 19 years of coaching experience.

The Greatest Tennis Players of All Time

3 Reasons Why You Should Start Playing Tennis