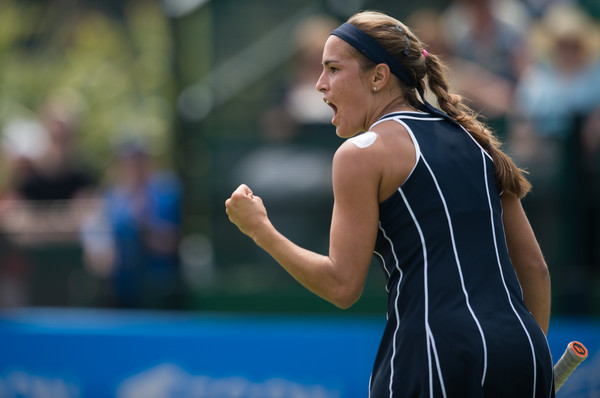 Welcome to Tennis Elbow, the column that looks back on the week that was in the world of tennis. This week, Charles Blouin-Gascon reviews the 2016 Rio Olympic tennis tournament.

Now, only one week after its start, the 2016 Rio Olympic tennis tournament is a thing of the past.

And that’s the thing, once you’ve had a little time to reflect on it and aren’t so caught up in the lead-up to it, the Olympic Games are really just another tennis tournament. Sure, you’re representing your country and playing in front of millions and millions watching around the world, and the stakes couldn’t be higher, and…and, well, it’s just tennis.

Presumably, the non-professional athlete that I am believes this is the way to treat the Olympic Games: the stage is bigger, the lights are brighter and, oh look that’s Usain Bolt, but in the end the endgame is the same. It’s just you, your racquet, a yellow tennis ball and your opponent, and you trying your hardest to emerge victorious.

Except that, yeah, in many ways the Olympic tournament isn’t just like any other tournament.

After her victory, the native of Puerto Rico was understandably ecstatic. “I’m in shock, I just don’t even really know what to say. I’m so excited,” Puig said after winning the gold medal. “This is for Puerto Rico. This is definitely for them. […] I think I united a nation.”

You could say that, yes.

Puerto Rico sent athletes to the Olympic Games for the first time 68 years ago, and in reaching the final Puig has given her country its very first ever Olympic medal of any kind.

This medal, it turns out, is golden after undeniably the biggest victory of the 22-year-old’s career—though you might have said it was as easy as one, two, three. Coming into the Rio final, Puig would need to score her third career win over a Top 5 WTA player (her second such victory had come earlier in the event, against Muguruza) to secure the gold; she did. “It’s always tough,” Puig said. “There’s always a lot of jitters, a lot of anxiety there every single night. But I knew what was the main goal going in here, and I just can’t believe it.”

And if she were to defeat Kerber, who had yet to lose a set in the tournament and had defeated her in both of their career encounters, Puig would then add a second career title to her resume. She did, and what a title this one is: an Olympic gold medal, a first one for her and for her country!

This is all you, Monica. Enjoy it, it’s one hell of an achievement.

(Andy Murray also won gold in the men’s draw but, like, whatever.)