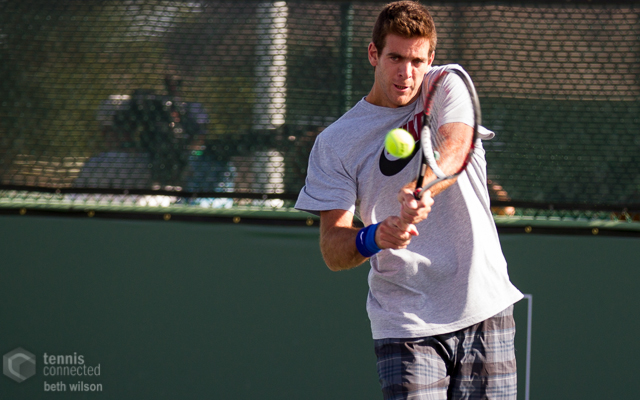 Welcome to Tennis Elbow, the column that looks back on the week that was in the world of tennis. This week, Charles Blouin-Gascon previews the 2016 Rio Olympic tennis tournament.

Every four years, the Olympics are, we’re reminded, a triumph of sports and competition over more earthly (read: human) concerns. This vision, of course, is mostly a myth as it overlooks a myriad of corruption within the International Olympic Committee, doping and fair-play among athletes, and just the general notion of the Games used as propaganda and a tool to foster nationalism by just about every country participating.

But sure, let’s roll with the notion of the Olympics as all that’s good in sports for a minute. I mean, if nothing else the Opening Ceremony is always fun.

What a moment! @andy_murray becomes 1st tennis player to carry the flag for @TeamGB at the #Olympics! #HistoryMaker pic.twitter.com/b1uKi3ax6c

In tennis, you’ll recall, pro athletes have only started competing again in 1988 after a 64-year wait. This means that only a few of tennis players have ever won Olympic medals in the Open era. On the women’s side, the list of champions includes the names you may expect, with Steffi Graf, Justine Henin-Hardenne and the Williams sisters all winning a gold medal. On the men’s side, however, well, there’s Andre Agassi, Rafael Nadal and Andy Murray…as well as, like, Nicolas Massu and a bunch of dudes. Anyway, all this to say that winning the Olympic tournament may be as prestigious as anything for the athletes themselves, but it really hasn’t been something that analysts and fans alike have put as much thought into. We won’t, say, hold it against Roger Federer or Novak Djokovic when they retire despite no Olympic gold medal. But anyway, let’s move on to a draw preview. Keep in mind that the first round matches have already been completed as I write this.

There were four of tennis athletes who acted as their country’s flag bearer in Rio this year, as you can see from the tweet above, and I believe that the four illustrate what we discussed earlier. Gilles Muller may have had a nice little career on the ATP World Tour but, and we’re trying to be nice here, history will ultimately forget one as “just one the dudes.” Only now, he’ll forever have one day where he was Andy Murray’s equal. Cool.

The favourites Both the men and women’s draws have been decimated ahead of the Rio Games for a variety of reasons, but Serena Williams and Novak Djokovic have made the trip to Brazil. They’re here and they’re the favourites—or were, in the case of the Serb, who lost a ridiculously tough first match. The surprises If Djokovic and Williams are/were the favourites, it’s much more fun to discuss the possible surprise winners. On the women’s side, we’ll keep an eye on Carla Suarez Navarro, Lucie Safarova and Sara Errani, who are all into the second round and who all have a potentially favourable draw—and not just because they aren’t on Williams’s side. On the men’s side, we would love to see someone like Gael Monfils do well in Rio, as he’s certainly got the draw for that. Plus, our editor in chief here at Tennis Connected is on the record as envisioning great things for the Frenchman. (Not in Rio per so, but still.)

Monfils just keeps on winning. Into the quarters in Toronto after sweeping aside Goffin in three. Look out for Gael at the USO if healthy. — Tennis Connected (@TennisConnected) July 28, 2016

But alright, we can do better than picking the sixth-seed as a potential surprise performer. There’s Gilles Muller too, already in the second round, but we’ve already mentioned him.

Instead, let’s go with Juan Martin Del Potro, now ranked No. 141 in the world after so many years and so many injuries. The Argentine, after dominating the world’s best player in the first round, now has a draw with very few potential roadblocks before the quarterfinals. Let’s hope he can take advantage of it.