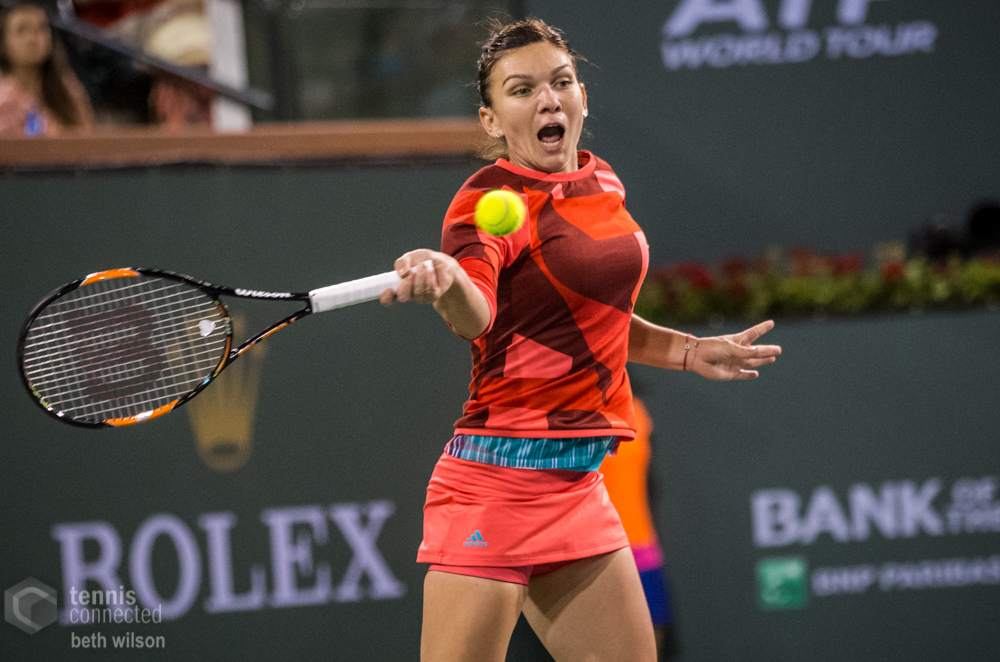 Welcome to Tennis Elbow, the column that looks back on the week that was in the world of tennis. This week, Charles Blouin-Gascon recaps the 2016 Rogers Cup in Montreal.

For a day at least, Montreal turned Romanian.

Well, that’s not entirely accurate of course. By Montreal, we really just mean Stade Uniprix, which was overtaken by a (loud and proud) group of Romanian supporters.

Simona Halep, WTA pro and pretty gifted at tennis, was playing in both the singles and the doubles final on the final day of the 2016 Rogers Cup in Montreal. Halep emerged as the victor in the singles match, beating Madison Keys by the final score of 7-6(2) and 6-3 in 75 minutes, and that’s basically how Montreal turned into Romania, if only momentarily.

The match between Halep and Keys started off a little chippy though, as both players were maybe battling nerves, fatigue, the sun, or just a little bit of everything.

It was that kind of match, where it seemed like neither player could really impose her will over the other. On one side of the net was the hard-hitting and risk-taking Madison Keys, who had become the first American since Serena Williams in 1999 to enter the WTA Top 10 but who couldn’t overcome a few too many unforced errors. “I think I was very tight on my serve because I know she’s going to return very strong,” Keys said after the match. “I don’t know, I wanted to make something big with the serve. I think it was too much pressure on me.”

On the other side stood Halep, who wanted to avenge her loss in last year’s Rogers Cup final when she was forced to withdraw in the third set. The second time proved to be the charm for the 25-year-old. “I like being here in Montréal a lot. It feels like being in Europe, like I’ve said many times. With all the Romanians, I felt like I was at home,” she said after her win. “The man that announced us on the court today said two words in Romanian, so that motivated me a lot. I said that I have to win.” Win, Halep did, sometimes relying on the pro-Romania crowd at Stade Uniprix to escape from jams; we can only guess, but it’s not far-fetched to think she may have had difficulty bouncing back when she could barely win her service games in the first set. Though it’s always preferable to emerge with a trophy when you reach the final, Keys wasn’t struggling so bad in defeat. “There’s only one person who is going to walk away and be completely happy with this week,” she said. “You know, I’m obviously not going to say it’s a bad week just because I lost one match. I think I played really a pretty good tournament.” Indeed, she has. In reaching the Rogers Cup final, Keys notably defeated Venus Williams in the third round. She said that, “I wish today went a little bit differently. Sometimes it happens. Just take the positives from that and move on.” Halep, meanwhile, had to move on quickly to the doubles final, which she played alongside fellow Romania Monica Niculescu. In this case, there was only so much the crowd could do, with the two Romanians losing against the Russian pair of Ekaterina Makarova and Elena Vesnina. The Romanian fans from the first match, though, were still going strong.