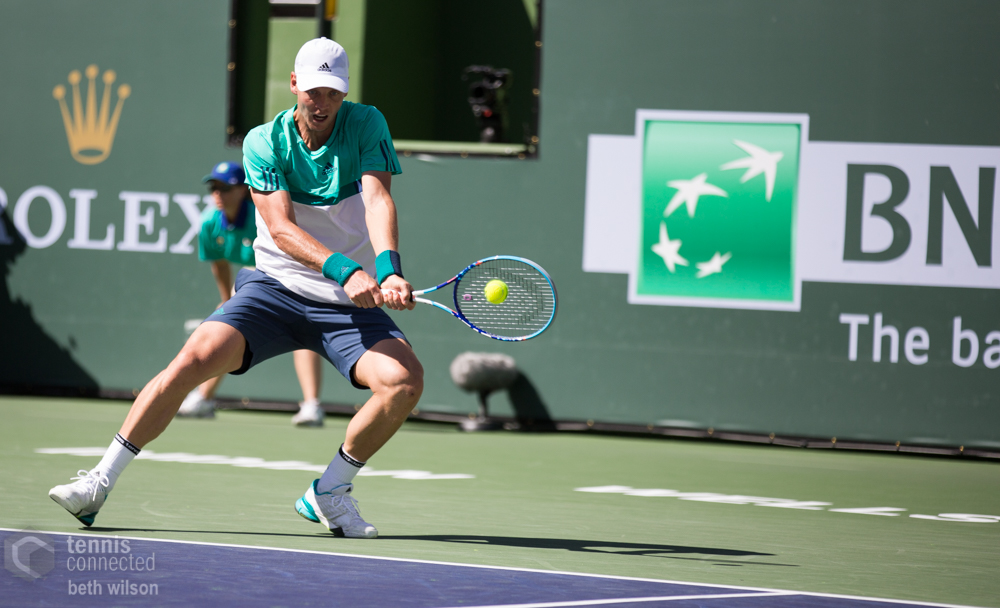 Welcome to Tennis Elbow, the column that looks back on the week that was in the world of tennis. This week, Charles Blouin-Gascon examines who will compete in the 2016 Rio Olympics.

Every day, it seems, the field for the 2016 Rio Olympics becomes that much more diluted.

Last week, the Czech Tomas Berdych became the latest to withdraw from the event, following the lead of Wimbledon finalist Milos Raonic and plenty of others. They’ve had a variety of reasons to do so but mostly, it’s been for ongoing concerns over the Zika virus.

That’s right: the late-2015 scare over the virus has now potentially threatened the great sporting rendezvous. The concerns are real too: Reuters says that as many as 1.5 million people have been infected by the virus in Brazil, where the Rio Olympics are obviously held.

Milos Raonic statement: “It is with a heavy heart that I am announcing my withdrawal from participation in the Rio 2016 Olympic Games. After much deliberation with my family and coaches, I am making this decision for a variety of health concerns including the uncertainty around the Zika virus. This was a difficult, personal choice and I do not wish for it to impact the decision of any other athlete heading to the Games. I would like to thank Tennis Canada and the Canadian Olympic Committee for their ongoing support. I am very proud to have competed for Canada at the London 2012 Summer Olympics, and on the world stage at several Davis Cup events. I look forward to cheering on Team Canada this summer.”

So when someone says that, “I have founded a family recently, to limit health risks toward my nearest is the utmost priority,” as Berdych did, or, like Raonic in the above post, that “This was a difficult, personal choice,” we ought to believe them. It’s true that concerns over the spread of the virus because of the Olympics might be overblown but, you know, what if? What if the virus doesn’t really spread more, but that the only family this hurts is yours? Then the dream of a career would have turned out to cost you a lifetime dream.

Of course, there are many other reasons why one should not compete in or travel to Brazil to attend the Olympics. Look, here’s a tweet about one.

And here’s a short list of reasons: the faulty bike path. A financial disaster. Oil in the water. SUPER BACTERIA in the water. More crime than ever. Unpaid cops. A shortage of hospital beds, for which I have another tweet to show you:

All of the above have created some uncertainty among the athletes, many of which have decided to simply wait another four years. Raonic, Berdych and Simona Halep have. So has Lleyton Hewitt, who would have travelled as coach with Australians Nick Kyrgios and Bernard Tomic, who have withdrawn.

It’s too bad, some may think. It’s too bad to see athletes who aren’t dedicated enough to sport their country’s colors, or something of that ilk—to which I say, well, the Olympics are way past that and have been for quite some time.

But in tennis, in large part because the sport wasn’t on the program between 1924 and 1988, the Olympic medals aren’t necessarily as big a deal as other events on the calendar. Rarity, in this case, does not begat prestige necessarily. Legacies aren’t made or broken with an Olympic gold medal; they’re built on the strength of Grand Slam titles.

Sure, Andre Agassi, Rafael Nadal and Andy Murray have a gold medal. But so do Miloslav Mecir, Marc Rosset, Yevgeny Kafelnikov and Nicolas Massu. (The list of modern gold medalist is a little more prestigious on the women’s side, but Elena Dementieva sticks out.) Maybe that’s it: it’s great if you win, but it won’t kill you if you don’t.

And so it’s great if you compete at the Olympics, but it doesn’t really matter—especially considering that, with all due respect to the players who have withdrawn, this isn’t a doomsday scenario. Novak Djokovic, Roger Federer, Murray, and Serena Williams are all still set to compete in Brazil. We’ll soon know, too, if Maria Sharapova is allowed to.