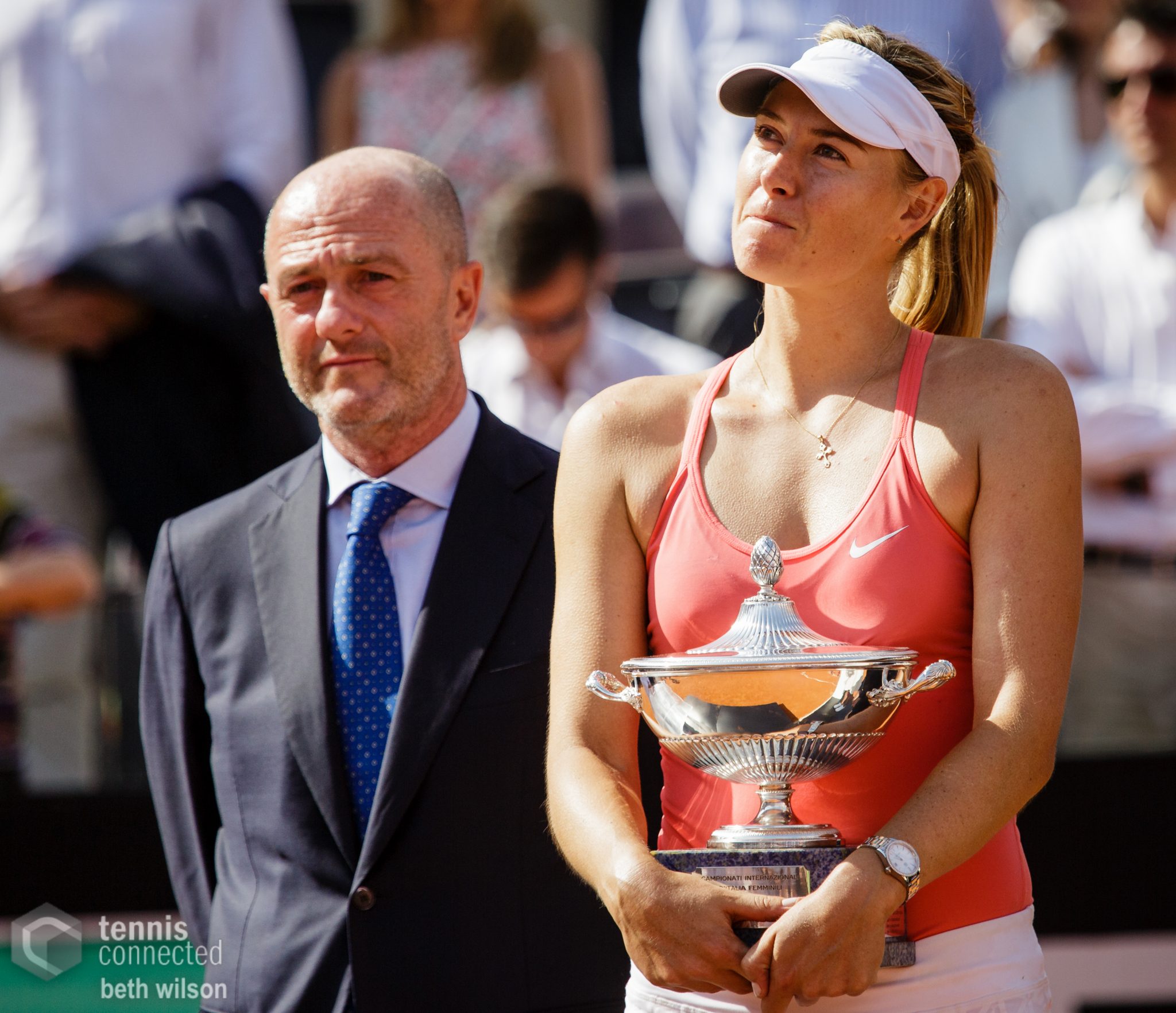 Welcome to Tennis Elbow, the column that looks back on the week that was in the world of tennis. This week, Charles Blouin-Gascon discusses the verdict of the Maria Sharapova doping case.

The verdict arrived with little to no fanfare.

Alright, maybe it’s just that we’re all fairly busy but as far as we’re concerned, this past Wednesday was just about to be a typical Wednesday, when—boom!

That’s right, this past Wednesday turned out to be the day that the International Tennis Federation gave its verdict in the Maria Sharapova doping scandal, suspending the player for two years.

Oh, the Russian may not be away from the courts for that long, as she’s already said that she planned to appeal the decision (we’ll get to her note in a minute). But for now, one thing’s certain: she’s suspended for two years. What else is crystal clear from the ITF’s 33-page decision?

Well for one thing, this saga continues to fascinate us. We’ve said more than once that we just love mostly everything about it, and it continues to be the case. If you recall, Sharapova was facing a potential two-year if she was found to have taken meldonium unintentionally for performance-enhancing reasons.

Is the ITF’s decision to suspend her two years a sign that Sharapova’s un-intention was actually quite possibly intentional but they couldn’t prove it, or simply a sign that they fully expected her to appeal and that maybe the sanction will be diminished?

Here are quite a few more things that continue to have our attention as this saga inevitably carries on.

We’re eager to see whether the ITF continues calling Sharapova on her bullsh*t.

The tribunal's determination on why #Sharapova was taking meldonium. Nothing vague about this. Sheesh. pic.twitter.com/GVhScF4vRE

This excerpt from the 33-page decision, which you can read in full here, makes pretty clear that the ITF does not believe that Sharapova was taking meldonium for any other reason but to boost her performance. It’s all fine and dandy that the 29-year-old may have once upon a time been prescribed meldonium for legitimate reasons, but the organization believes the player had since gone out of her way to conceal her meldonium intake; where there’s smoke, there’s fire, if you will.

You can’t get something prescribed for a legitimate issue, but then only take the substance on match day. It doesn’t make sense, says the ITF.

The next step would be for the organization to respond to Sharapova after her apology turned out to be one of the best non apologies we’ve seen in recent times. There’s a lot of BS in that statement.

We’re also eager to see if WADA can get its sh*t together. Last we checked, WADA still didn’t know how long meldonium took to leave a person’s body; what does that mean for the Sharapova case? Will it change anything now that she’s been suspended?

Probably nothing, sure, but it’s mightily ballsy of the ITF to then react with such verve.

Whether you think Sharapova got too little or too harsh in a two year ban, last line of the ruling is a bit much. pic.twitter.com/3LbH9wjbeY

What, ITF? Have you never sinned, and thus you now feel compelled with proceeding to stone Sharapova incessantly?

We’re eager to see what comes next for Sharapova. Sure, she has appealed now and, considering that she has amassed quite a large deal of money in her career, will likely fight this thing until the end—but what if the decision is upheld? What then? Will the Russian just walk away?

We’re eager to see whether this decision, as well as the other athletes who have tested positive for meldonium since Jan. 1, may shine a light on the broader doping culture. Why was Sharapova, then just a teenager at 18 years old, prescribed meldonium in the first place? Why did this first doctor who gave her the substance also prescribe her 18 (!!!) medications and supplements at such a young (and critical) age?

On that last part, here’s what we’ll say: sure, there are actual reasons, we know. But if you’re being honest, you know that the difference is not nearly as large as you would like it to be.